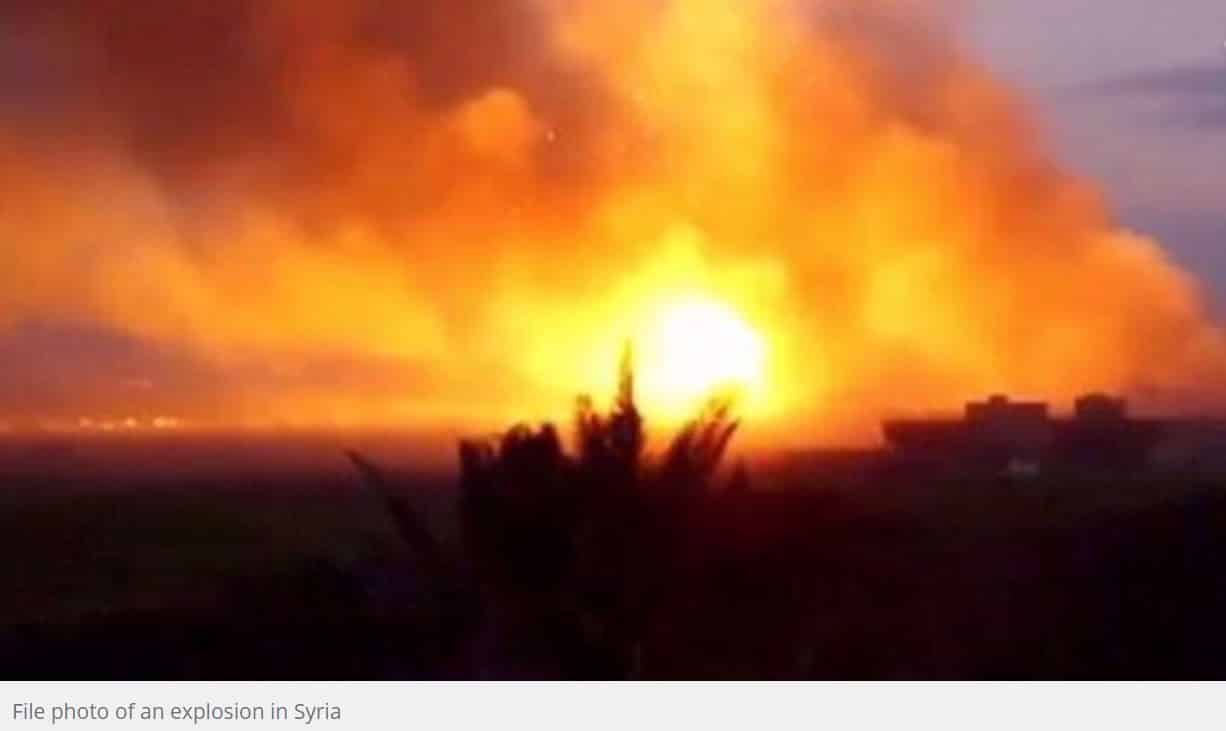 Reports say the United States’ biggest military base in Syria has been hit by a number of “massive” explosions.

The blasts rocked the outpost located in Syria’s al-Omar Oilfield in the Arab country’s eastern province of Dayr al-Zawr, the reports said on Sunday.

‘Base targeted by two rockets’

The Syrian Observatory for Human Rights, a UK-based so-called monitor, also told Saudi-owned al-Arabiya TV that the oilfield had been hit by a number of rockets.

RT Arabic quoted Farhad Shami, head of the Office of Media and Information for the US-backed so-called Syrian Democratic Forces (SDF) militant group, as saying “two rockets” had landed on the western periphery of the oilfield.

Other reports, however, said the blasts were caused as a result of “training” activity taking place among foreign forces there.

Washington led scores of its allies as part of the coalition into the Arab country and neighboring Iraq in 2014 under the pretext of fighting the Takfiri terrorist group of Daesh.

Various reports and regional officials, however, provided evidence of the coalition’s role in relocating Daesh’s elements about in both the countries.

In Syria, the United States has been trying to keep a tight control over certain strategic areas, including the eastern oilfield, where it is engaged in large-scale theft of the country’s crude.

The Iraqi parliament and Damascus have both ruled the US-led coalition’s operation in the countries as illegal.

This is not the first time the American forces come under attack in either country.

The latest of the attacks to target the foreign forces in Syria came on June 28 after US President Joe Biden ordered airstrikes along Iraq and Syria’s common border.

The US military says rockets have hit an illegal American base in Syria.

During the incident, American warplanes struck one location in Iraq and two in Syria, with the Pentagon alleging the targets to be “facilities” used by Iraqi resistance groups to stage drone attacks on American interests.

According to Iraq’s Sabereen News, four Iraqi fighters were killed in the attack on the headquarters of the 14th Brigade of Iraq’s Popular Mobilization Units of Hashd al-Sha’abi anti-terror umbrella organization, which features some resistance groups. A reporter with the official Syrian Arab News Agency also said the offensive had killed one child and injured three others.

The Iraqi groups vowed to retaliate for the atrocity following the aerial attacks.