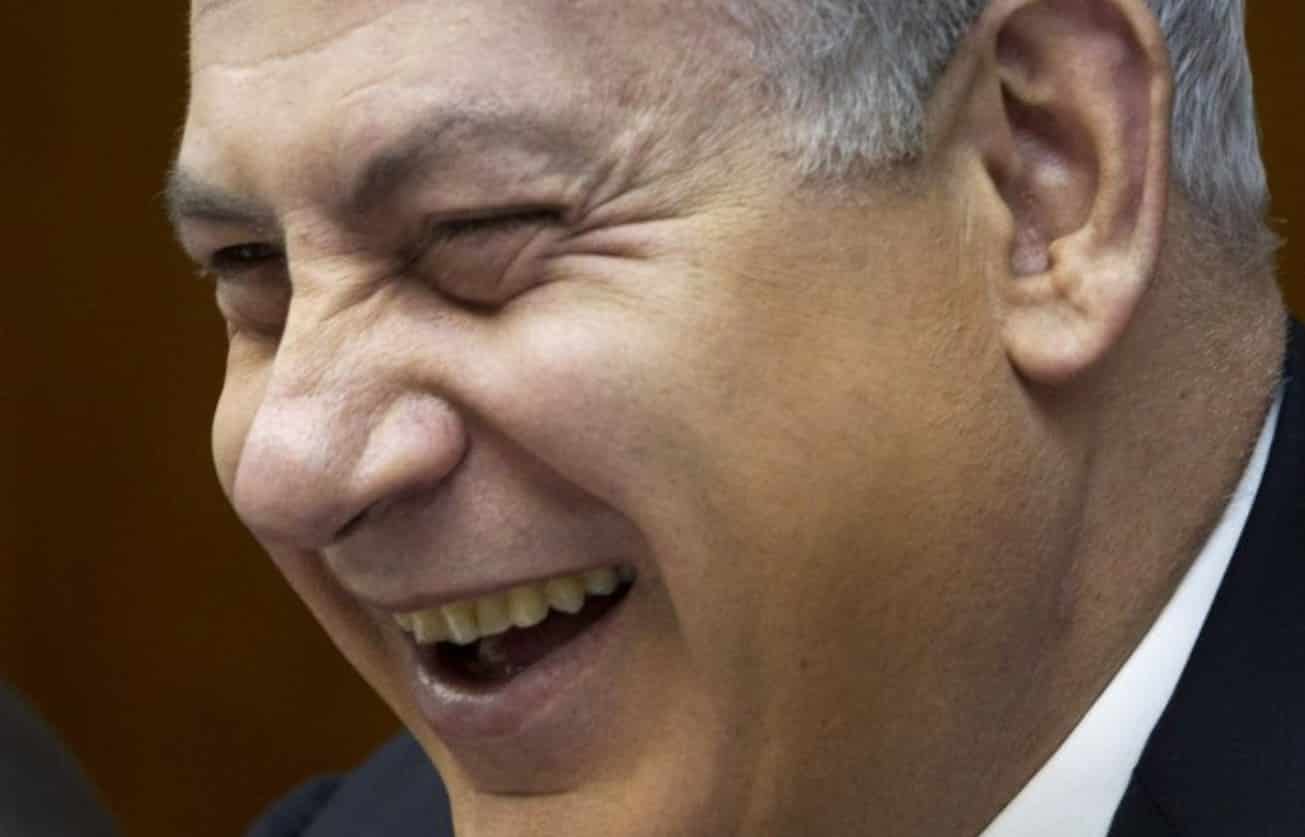 Introduction by The Intercept:

SABREEN AKHTER FELT an urge to help in whatever way she could. Like many people around the world this May, Akhter was following news of war in the Gaza Strip, where Israeli bombardment was exacerbating a humanitarian crisis in the territory. Scanning her social media feed, Akhter, a doctor from Chicago, made contact with a few other health care professionals across the United States who had also been posting news online about the crisis.

Akhter set up a call to discuss what they could do, on behalf of their profession, for Palestinians. They settled on the idea of writing an article together as a group of medical workers concerned about the medical situation in Gaza and pitching it to Scientific American, where Akhter had published in the opinion section in the past.

“We didn’t know each other previously but had all been watching all of this violence and devastation happening in Palestine and were feeling helpless about it,” said Akhter. “I remembered that there had been an article published in The Lancet in 2014 about health care workers speaking up for Palestine. I thought it was really powerful at the time and remembered that a lot of people in the health care field had responded to it when it was published.”

On June 2, following an extensive editing and fact-checking process with the publication, the article ran in Scientific American under the headline “As Health Care Workers, We Stand in Solidarity with Palestine.”

Less than two weeks later, on June 11, the article was removed from Scientific American’s website without warning. A short editor’s note appeared in its place. “This article fell outside the scope of Scientific American and has been removed,” the note said. That same day, an editor from the publication emailed Akhter and the others, informing them of the retraction and apologizing for any “confusion” caused by the initial decision to publish the article.  read more….https://theintercept.com/2021/07/01/scientific-american-palestine-israel/

and now the censored article….

We are health care workers (HCWs) and faculty from around the world who stand with the Palestinian people in their struggle for freedom and liberation. We have watched in horror at the renewed, yet ever-present, Israeli state violence meted against Palestinians in Gaza, Jerusalem, the West Bank and Israel. As HCWs and educators, our overriding allegiance is to the well-being and sustenance of all human life. We have been devastated by reports of entire families in Gaza sleeping together to avoid the possibility of being killed separately, as the terror of Israeli artillery rained down on Palestinian homes; of families losing entire households (including children) when U.S.-made bombs destroyed their homes; and of HCWs and their places of work being targeted for destruction. These violations of international law (under the Fourth Geneva Convention) are made possible by military and financial aid supplied by the U.S. government.

In light of the illegal, immoral and targeted attacks on HCWs and infrastructure, we call upon U.S. health care systems and academic institutions, as well as our colleagues in health care, to unequivocally condemn Israel’s long-standing oppression of the Palestinian people and the ongoing decimation of their health care system. This violence does not end with a “ceasefire,” so long as the devastating economic blockade of Gaza continues. We affirm that health is a universal human right, including for the Palestinian people, and that the time for silence has long passed. Silence, from this point forward, is complicity.

At the time of this letter, we are aware of at least 257 Palestinian deaths at the hands of the Israeli military since May 10, 2021—70 of whom were children, compared to 12 total Israeli deaths. While every one of these deaths is a tragedy, the stark disproportionality should be unacceptable to everyone. It is impossible to account for all the morbidity and mortality caused by the structural violence of the Israeli occupation. For Palestinians living under the yoke of Israeli settler colonial rule, the violence, human rights violations, and poor health outcomes they endure have been prevalent for over seven decades, since 1948, the year of the Nakba, when the Palestinian people were initially dispossessed.

Despite its responsibilities as an occupier under the Fourth Geneva Convention, Israel continues to deny Palestinians essential care and resources, obstruct access, and actively bombard healthcare infrastructure and roadways. Nowhere is this abdication of responsibility more visible than in the medical and vaccine apartheid witnessed during the COVID-19 pandemic. While Israel is hailed by medical institutions and prominent health experts as a model of success for mass vaccination of the Israeli population (over 60 percent of Israel is vaccinated), barely 5 percent of Palestinians in the occupied Palestinian territories are vaccinated, instead reliant on scarce COVAX donations. This inequity is blatantly omitted by those who tout Israel’s vaccine rollout “success.” We refuse to ignore the truth that is in plain sight.

Those of us who work in health care understand well that health care does not exist in a vacuum. We increasingly understand how structural forces, systematized and institutionalized oppression, racism, violence, disinvestment and displacement, as well as policies meant to deny people their basic human rights, lead to adverse health outcomes and mortality. We cannot continue to sit idly by and witness the violent erasure of an entire people by what is, as documented by international human rights organizations, an apartheid state, exacting untold physical and psychological damage to the Palestinian people.

For this reason, we call upon U.S. health care systems, academic institutions and our colleagues in health care, to adopt the following set of demands:

In our schools and places of education and training:

That faculty, staff, trainees and students in our institutions are free to speak up about crimes committed against Palestine and the Palestinian people without fear of retribution, harassment or silencing from anyone within their respective institutions and circle of influence (including funders). That we will hold accountable any person or institution who attempts to penalize any faculty, staff, trainee or student for their advocacy for Palestine and its people.

That we stand in solidarity with our Palestinian colleagues both in the U.S. and abroad, and commit to amplifying their stories, voices and quest for liberation. We understand that no one is free until all of us are free.

That we ask our schools and places of education and training to provide support, in the form of mental health resources, safe spaces for discussion and mourning, and time off as needed for Palestinian faculty, staff, trainees and students impacted by the continued occupation and its resultant trauma.

In our hospitals, clinics, offices, and other health care institutions:

That we call on U.S. medical and science communities to pressure their institutions and organizations to issue formal statements and actions that specifically address the suffering, social conditions and decreased life expectancy of Palestinians resultant from decades of destructive forces. We specifically call upon the following respected organizations to affirm and commit to the actions of this letter: AAMC, AMA, ACS, AAFP, AAP, ACP, APA, ACEP and others.

In our individual capacity, as HCWs committed to the liberation and sustenance of all peoples:

That we affirm that the evidence is undeniable that Israel has been committing crimes against the Palestinian people. Mainstream platforms and public health leaders continue to ask us to ignore the evidence and laud as exceptional Israel’s public health gains. We refute the lionization of Israel as a model of COVID-19 vaccine distribution while it actively practices vaccine apartheid and medical apartheid more broadly.

That we further call on the U.S. medical and science communities to leverage their positions of power and privilege across local, state and federal arenas to pressure elected representatives and senators to end financial and diplomatic support for the Israeli government and to condemn Israel’s disproportionate atrocities and deprivation of Palestinians’ human and legal right to life, freedom and justice.

That we call on our elected officials to support an independent investigation into war crimes committed by Israel against the Palestinian people. That we call specifically for an investigation assessing the health effects of these attacks, including (i) documentation of the breadth of the damage to health care systems, including on individuals and infrastructure; (ii) the impedance to care of medical and public health experienced as a result of these attacks, including but not limited to mitigation of the COVID-19 pandemic; and (iii) the physical and psychological effects resultant from this most recent aggression.

That we call on the U.S. and Israel to take responsibility for repairing and restoring the health care infrastructure decimated by the recent bombings and to commit to a cessation of military and structural violence directed toward the Palestinian people.

Lastly, we recognize that if we remain silent on these issues, it is due to our own positions of privilege and relative safety. We must honor the fundamental responsibilities conferred through our oath and our core bioethical principles by individually and collectively demanding accountability and an end to all forms of oppression from the Israeli state, as well as from our own countries and institutions, upon all Palestinian people.

*One of the co-authors of this statement, a Palestinian health care worker and faculty member in the U.S., has elected to remain anonymous.

This is an opinion and analysis article.

Anand Chukka is an M.D. candidate.