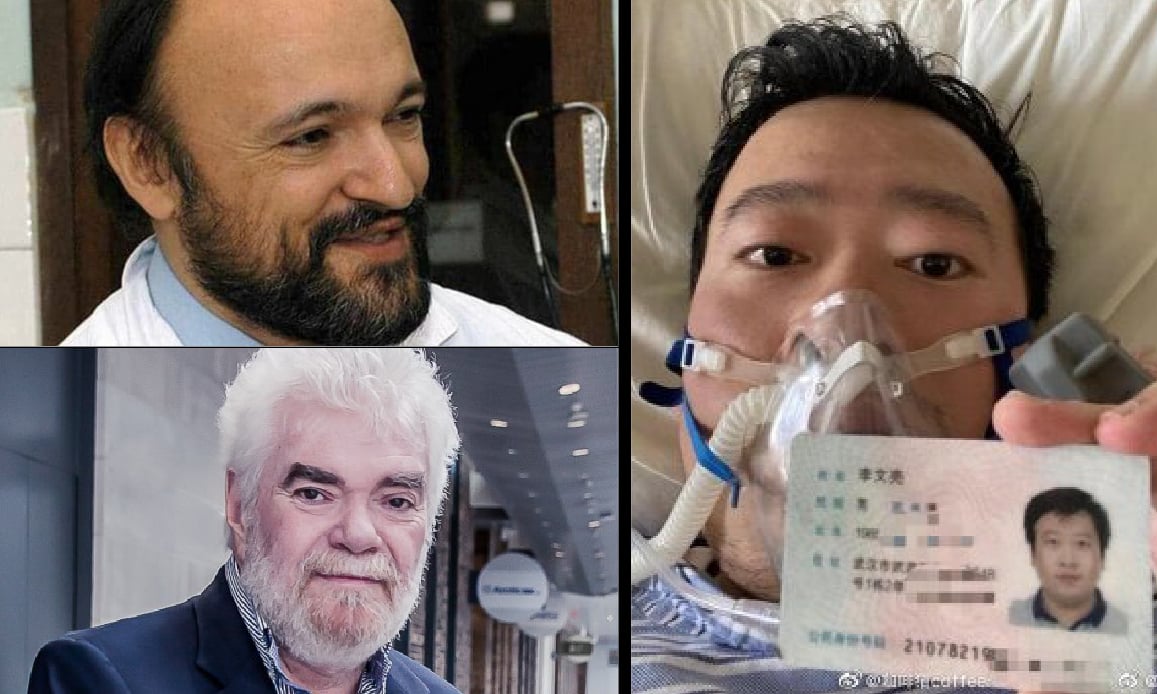 A clue is a clue. Two clues are two clues. But three clues are proof. This was stated by the legendary Belgian investigator Hercule Poirot created by the literary fantasy of Agatha Christie. But in fact it is also supported by the Italian Criminal Procedure Code which allows the Gip (Judge for preliminary investigations) to issue an order for custody in prison when there are serious, precise, unambiguous and consistent clues.

In the investigations on the pandemic virus, collected in the WuhanGates cycle, of enormous coincidences such as to become macroscopic clues, hundreds of them have now emerged. Let’s see the latest … On the same day that the Task Force appointed by the World Health Organization in order to shed light on the origin of SARS-Cov-2, or the pathogen of Covid-19 infection, presents the outcome of a report that leaks from all sides because it is totally unable to prove the zoonotic source of the virus passed from some mysterious and unidentified animal to man, in Italy few good virology experts remember the death of Professor Carlo Urbani , the Italian who first in Asia in 2003 discovered and isolated the genotype of SARS (Severe Acute Respiratory Syndrome).

These SARS-1 and SARS-2 infections are ugly beasts, the latter being renamed Covid-19 so as not to tempt the real scientists too much to find a causal link between the two. Tremendous viruses: above all because they primarily kill researchers who discover them and try to really study them. We do not have any statistics on this, but it is reasonable to argue that the lethality of the virus among “uncomfortable” scientists is far more ferocious than among civilians.

The tragic end of Urbani, in fact, recalls that of the Chinese doctor hero Li Weinlang, the Wuhan ophthalmologist first accused of sowing panic in chat by revealing mysterious pneumonia in December 2019, then arrested by the dictatorship of the Chinese Communist Party, who finally died of Covid -19 exactly like Liu Zhiming, director of the Wuhan hospital, the first witnesses of a massacre that could probably be avoided with a simple cortisone therapy if there had been a timely alarm on the epidemic emergency.

It is not known what Urbani, Weinlang and Zhiming thought about the origins of the SARS-Cov-2 virsu that authoritative virologists and intelligence experts such as military microbiologist Dany Shoam, former member of the powerful secret services of the Israel Defense Forces, believe to have been built in a laboratory. His opinion, in fact, was reported by the Besa Center, an Israeli think-tank, by Gospa News, by the American geopolitics and military intelligence site VT and by very few other media in the world, although he represents an authoritative and competent source since for years biological weapons expert.

On the mainstream media, on the other hand, there is space for the tedious, ridiculous and fake story of WHO scientists sent to China and Wuhan to shed light on the origins of the virus but returned home with a large bill paid by the UN health agency and nothing in fact.

Their story is tedious because it is repeated like a mantra, with the same shameless conviction of the pro-VAX doctors at all costs who find no correlation between the experimental anti-Covid vaccines (of types never used in the history of medicine) and the deaths of young teachers and soldiers in perfect health.

Their “creed”, lacking at the moment any certain scientific evidence, is based on the dogma of zoontic origin: SARS-Cov-2 comes from an animal, an intermediate host still not identified among the Chinese horseshoe bats, on which for over a decade extremely dangerous supervirus experiments created in the laboratory at the Wuhan Institute of Virology as in Chapel Hill (North Carolina University, USA) with the Function Gain, an enhancement of bacteriological charge for a “dual use” bioweapon purpose, have been conducted. vaccine.

Their thesis is ridiculous because after a year they do not have the slightest scientific proof of the zoonotic origin but they persist in considering “very unlikely” that of a SARS-Cov-2 virus escaped from one of the laboratories where the SARS coronavirus strains of 2003 and 2012 MERS were infected with the HIV / AIDS virus to create recombinants for vaccine or bacteriological weapon purposes.

This circumstance is not the result of journalistic ruminations but of scientific analyzes that led the French bio-engineer Pierre Bricage to highlight the experiments conducted by Professor Frank Plummer in the National Microbiology Laboratory of Canada in Winnipeg of which he was director before suddenly dying from a heart attack in Africa, aged just 67, on February 7, 2020, three days before Dr. Weinlang in China.

The totally hypothetical theory of the WHO commission is therefore also “fake” because it does not take into account the research on SARS viruses infected with HIV (as the virologist Luc Montagnier believes to be SARS-Cov-2) but above all because it is the same promulgated in February by the Anglo-American zoologist Peter Daszak, one of the leading members of the WHO task-force for virus investigation, despite being the main funder, through the EcoHealthAlliance of New York, of dangerous SARS virus experiments conducted in Wuhan and other laboratories under the secret aegis of the American government agency USAID (often the financial arm of the CIA counter-espionage in world plots) and with the support of the Melinda & Bill Gates Foundation, which has become the association that administers all vaccines in the world despite the conflict of interests of Gates, a partner in multiple vaccine Big Pharma. The affair caused such uproar and disgust that even two mainstream newspapers such as the Daily Mail and Die Welt were forced to speak out about it with disdain.

Faced with so much disgust, all that remains is to raise a commendation to the true martyrs of Covid-19 such as Li Weinlang but above all to the Italian who preceded him in this search for truth. Dr. Carlo Urbani, whose brief history we report, taken from one of the websites created in his memory.

“Carlo Urbani, an Italian doctor from the World Health Organization (WHO), died today of Sars (severe acute respiratory syndrome). Dr. Urbani has worked in public health programs in Cambodia, Laos and Viet Nam. His place of work was in Hanoi, Viet Nam. He was 46, “the WHO wrote in an official statement on March 29, 2003.

Carlo Urbani was the first WHO doctor to have identified the first outbreak of this new disease in an American businessman who was hospitalized in Hanoi. His early reporting of SARS alarmed the global surveillance system and it was possible to identify many new cases and isolate them before hospital health personnel were infected. In Hanoi, the SARS outbreak appears to be on the way to being brought under control.

“Carlo was a wonderful human being and we are all dismayed,” said Pascale Brudon, WHO spokesman in Viet Nam. “He was above all a doctor, his first goal was to help people. Carlo was the first to notice that there was something very strange. As people in the hospital became more and more concerned, he was there every day, collecting samples, talking to the staff and strengthening the infection control procedures. ”

Carlo Urbani was married and father of 3 children. He had graduated in medicine at the University of Ancona, and had completed his specialization studies working on malaria and medical parasitology. He was an expert on parasite diseases in school-age children. He was also president of Doctors Without Borders-Italy.

«At the beginning of March he goes to Bangkok for a conference, nothing suggests that he has contracted the infection. After the arrival, the symptoms manifest themselves strongly and Carlo, among the first to deal with the disease, understands his situation very well – writes the AICU website (Italian Association of Carlo Urbani) – Admitted to hospital in Bangkok, he warns his wife to return to Italy the children, who are immediately sent away. The love for his neighbor that has accompanied him all his life makes him give up even the last embrace to avoid any possibility of contagion. His wife remains close to him, but no direct meeting is possible anymore. After having received the sacraments, Carlo Urbani died on March 29, 2003».

Here is another story that brings to mind the experiments of Anthony Fauci, director of the NIAID (National Institute of Allergy and Infectious Diseases) on coronaviruses enhanced in the laboratory since 1999, which we will discuss in an upcoming investigation, four years before the SARS emergency of 2003 which left 774 deaths. Including Carlo Urbani himself who leaves a disturbing question open: how did a great expert in infectious diseases, used to all the utmost precautions, get infected anyway?