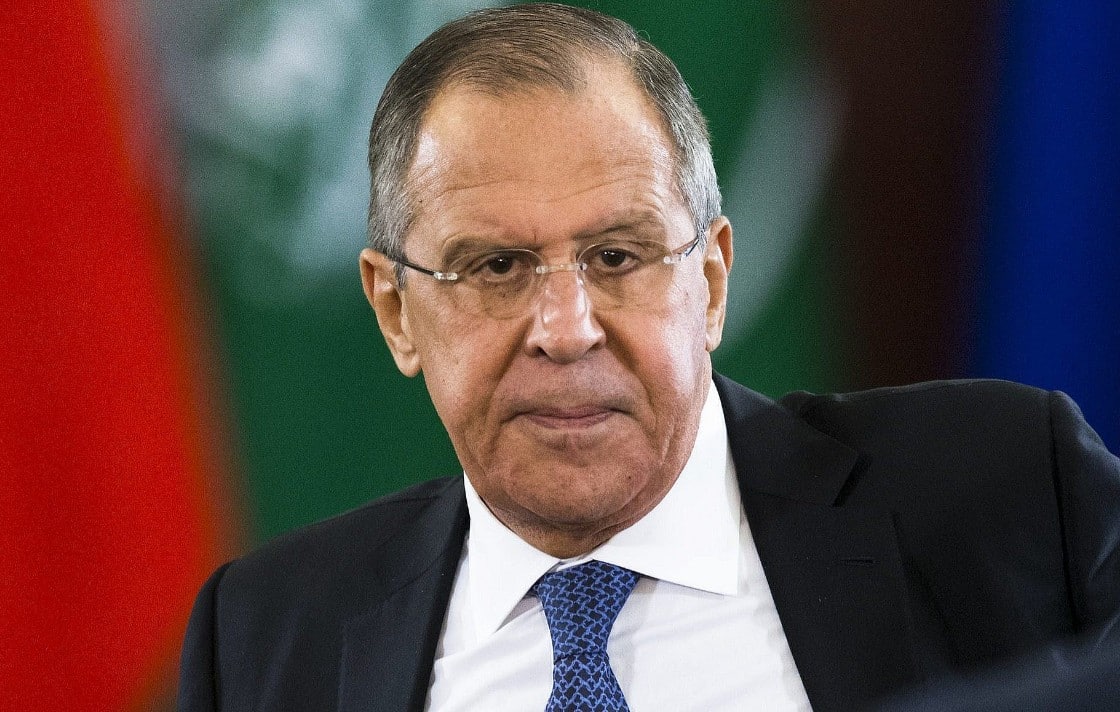 VT Warning: The opinions below are those of the Russian government and may be intended to destroy American democracy.

by Strategika 51 submitted by VT Damascus

A statement that Facebook or Twitter would have censored on the spot without any warning. For Sergey Lavrov, Minister of Foreign Affairs of the Russian Federation, Western countries are waging a war against all religions but also against the genetic code of all human civilizations.

In an analysis for the Russian journal Russia in Global Affairs, Minister Sergei Lavrov underlines the excessive propensity of Western countries to substitute international law with variable and subjective “rules” according to the interests of these countries. Country resulting not only in a blatant double standards policy but in an illogical attitude, anti-scientific and against human nature.

Lavrov does not bother with the Novlanguage / Woke language that the Empire wants to impose through intimidation and puts his finger on the root of the problem by asserting that there is an ongoing offensive against the foundations of all the religions of the world but also against the genetic code of the main civilizations of the planet.

This declaration does not emanate from a conspirator but from the acting Head of Diplomacy of the Russian Federation, a country with an area of 17,125,191 square km (11.5% of the total land area of the planet). ), a population of 148 million and an impressive thermonuclear firepower.

Russia will never be forgiven for this kind of analysis which the world propaganda relentlessly fights with all possible means at all possible levels.

What is paradoxical is that all religious leaders and representatives of almost all faiths remain completely silent if not subject to the universal propaganda that some are content to repeat like parrots by adapting it to the narrative and the local religious format. It is to be believed that they have all been either compromised or bought or reduced to silence.

The war against all religions has been fairly well documented for several centuries. Specifically from the start of what some politically rotten history textbooks refer to as the Enlightenment. On the other hand, we are barely beginning to perceive the ongoing war against the human genome, against all ethics and nature, started a few decades ago under supposedly “progressive” pretexts but which ultimately aim no less than the destruction of nations, and of man as an intelligent being.

However, the European Union and the US deep state have declared themselves the rainbow-colored flag-bearers of this new crusade aimed at canceling common sense before totally banishing it and degrading the human species by attempting to impose new forms of human procreation, murdering nine-month-old fetuses for profit and even altering their DNA if science allows.

It is a plan aimed at the final and irreversible enslavement of the human species, reduced to a stage of sub-domestic animal with only one purpose: to consume and to be silent.

By attack on the human genetic code, was Lavrov alluding to the big manipulation of COVID-19 and the great circus underway since March 2020? Certainly. This is part of the ongoing all-out Hybrid War offensive against humanity or what’s left of it because if the social media on the net takes care of the leveling down of human relations, even their transformation into reflexes.

Pavlovians (of the incompressible Like, insults and addiction to emotional manipulation and psychological operations), other tools are being deployed to harm the human genome.

Is the future for degenerates, contradicting the theory of evolution? A bastardized, listless, pusillanimous species subjected to some sort of virtual god made by the giants of self-interest and the products of big pharmaceutical companies to alleviate the effects of endless autoimmune diseases will undoubtedly be a lifelong nightmare. We are not there yet, but Lavrov, like his country, Russia, will be punished for having dared to demonstrate such lucidity.

Let’s hope that all of the Empire’s efforts do not one day result in us creating a zombie apocalypse or alien invasion. Because the populations are ready to believe everything as long as they believe themselves privileged while they are subject to the yoke.