by Vladimir Danilov, with New Eastern Outlook, Moscow, and the Institute of Oriental Studies of the Russian Academy of Sciences, a research institution for the study of the countries and cultures of Asia and North Africa.

[ Editor’s Note: The roadsides of US interventions for several decades now are littered not with rotting corpses, but with sunbleached skeletons, as the flesh has long been gone.

Over and over we see a scenario painted for American citizens of something being done for good, but yet no good ever seems to come of it, other than one regime is overthrown, and often the new regime is just as bad as the last, or more so.

In recent history we witnessed the evolution of the ‘forever wars,’ where countries are Balkanized with competing factions that can continue their conflict somewhat below the radar, like Libya now, but where the country remains destroyed by the original US and NATO invention.

When these miserable ‘interventions’ fail, those who greased the skids for the disaster just shrug their shoulders, declare ‘shit happens’, and walk out of the room.

Napoleon Bonaparte had a short warning for this, “You must not fight too often with one enemy, or you will teach him all your art of war.” Hence, the Taliban have learned a lot from us and the Kabul regime.

In the US’ case, it continues to proclaim itself as the shining beacon of freedom and human rights, which can be found here in large scale. But in the countries invaded by the US, or the now more preferred “destruction by sanctions” torment, we see civilians bearing the brunt of sanction cruelty for the sole purpose of co-opting them as anti-regime combatants.

For example, Turkey’s Syrian refuge camps became incubators of jihadi and mercenary terrorists to fight in Syria, Iraq, and even Libya, where they laid cities to waste, sometimes with the help of US air campaigns, with no apologies whatsoever.

New US administrations come and go. They tinker with some changes to the dynamic to claim they improved the situation, and yet we see little lasting change. And we now have Afghanis walking a tightrope, where one slip will be a long fall to the bottom, with no one waiting to catch them… Jim W. Dean ] 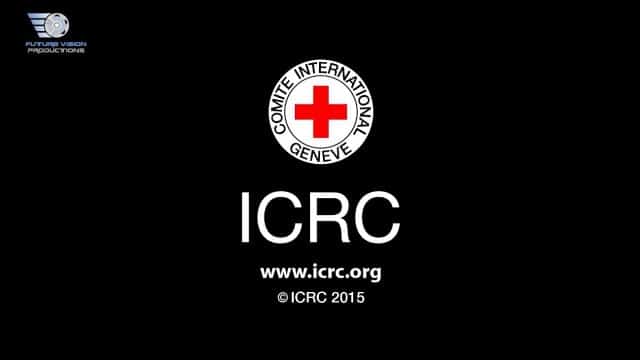 The International Committee of the Red Cross (ICRC) estimates that during the 10 years of war in Syria 36% of the country’s 18 million inhabitants have lost their homes, 6.6 million people have become internal refugees, and 13.4 million people are in need of humanitarian assistance.

More than 5.6 million people have left Syria since 2011. The ongoing war in Syria is largely due to the participation of international players – above all the USA – in the conflict. By getting involved in Syria without the request of the country’s legitimate government, the USA is riding roughshod over the rules of international law.

It has used financial and political leverage to pressurize international organizations into turning a blind eye to the grave consequences of the sanctions they have imposed on Syria and to the violations of its sovereignty.

One of the main factors exacerbating the conflict is the passing of the Caesar sanctions Act by the USA, which it is using to prevent other countries from working together with Syria. The situation in Syria and the country’s ability to recover by drawing on its own resources, has been made much worse by Washington’s ongoing looting of the country.

The Syrian press agency SANA has on several occasions provided the international community with exhaustive information on the involvement of US troops and US-backed militants from the Syrian Democratic Forces in the transportation of dozens of truckloads of grain and oil from storage facilities in occupied regions of Syria to northern Iraq.

Former US President Donald Trump explicitly said that the main task of the US Armed Forces in the region is to keep control of the Syrian oil fields. Thirty million dollars a month – that’s how much, according to the Russian Defense Ministry, the US earns from oil production in Syria.

Back in 2017 the US journal The American Conservative wrote that Washington would, in the end, have to answer to the Syrian people and the international community for its illegal actions in Syria and reveal the true reasons for the presence of US military bases in the country.

Since the beginning of the US’s aggression in Syria, it has been quite clear from the location of its military bases in the country that they are a long way away from the territories controlled by DAESH (an organization prohibited in the Russian Federation). In fact, the bases’ location reveals their true purpose – the protection and control of Syria’s oil production regions and the theft of its energy resources under the protection of US troops.

There has been no meaningful reaction on the part of the international community to the Syrian authorities’ repeated calls for the United States’ illegal plundering of the country to end, and this failure has, in recent years, prompted the development of armed popular resistance to Washington’s policies, just as it did in Afghanistan and in Iraq.

This opposition has taken the form of, among other things, armed attacks on US military bases in Syria – which are increasing being targeted by rockets, especially by pro-Iranian groups.

Back in 2019, while Trump was still president, Joe Biden spoke out against the use of military resources to oppose Iranian militants in the region:

“Trump’s erratic, impulsive actions are the last thing we need as Commander-in-Chief. No president should order a military strike without fully understanding the consequences We don’t need another war in the Middle East, but Trump’s actions toward Iran only make that more likely.”

Nevertheless, at the beginning of March this year, early on in Biden’s administration, the new president ordered- as the British magazine The Spectator puts it – “his first big missile sally, retaliatory strike in Syria”.

The US Air Force dropped 500-pound Joint Direct Attack Munitions (JDAM) on a crossing used by pro-Iranian militia groups, killing 17 people. At the time, these strikes were greeted with concern by US lawmakers, who claimed that Biden had not requested permission from Congress to carry out the attacks.

Nevertheless, Washington started to lend its support (unofficially) to Israel, its main ally in the region, in its air strikes on Syria – which now occur on a regular basis. According to local media, at the beginning of June the Israeli Air Force carried out its latest air strike on Syria, which claimed the lives of 10 persons.

On June 25 Russia’s permanent representative to the UN, Vasily Nebenzya, voiced Russia’s opposition to the air strikes carried out by Israel on Syrian territory. He said that the strikes complicated the situation in the country, and in the Middle East as a whole. He emphasized that military operations are having a negative effect on the situation in Syria and that force was not an acceptable means to resolve the conflict.

On June 28 the US Air Force carried out the latest in a series of air strikes on border regions of Syria and Iraq. According to CNN, the order to carry out the strikes was issued by US President Joe Biden. The US Ministry of Defense claims that the rocket and bomb strikes from the air damaged two facilities in Eastern Syria and one in North-West Iraq.

According to the US military the air strikes were directed against militants from Kata’ib Hezbollah and Kata’ib Sayyid al-Shuhada to “destroy the militants’ material and technical facilities and prevent Iran-backed militias from engaging in attacks against US personnel and facilities in Iraq.”

But experience has shown that Washington rarely carries out strikes for purely military purposes. For example, on that occasion, tactical F-16 fighter jets attacked Iranian military bases east of Deir ez-Zor, but, according to press reports, a child was killed, three adults were injured, and a building was destroyed in the attack.

“High-precision strikes” as the Pentagon calls them, were also carried out using drones. The surrounding region also suffered considerable damage.

According to data published by the Syrian Network for Human Rights, 3,037 civilians had been killed by Western troops in the period up to 2019. Other organizations put the number of civilian casualties even higher.

In response to the air strikes conducted on June 28 by the US Air Force in Syria and Iraq, on the same day Iranian militants opened fire on a US military base near the Omar oil deposit in Syria’s Deir ez-Zor province, with at least 8 shells exploding during the attack.

Damascus once again condemned the US military presence in Syria as illegal and called for the troops to be withdrawn and the areas under their control to be handed over to the Syrian state Army.

But the Pentagon has insisted that the US military presence in Syria will remain and that it is “necessary in order to protect democratic values” – and it seems that as far as Washington is concerned, the most important of these values is still Syrian oil!

Nevertheless, it is now clear to everyone that, following the US’s inglorious retreat from Afghanistan and then from Iraq, the same thing will soon happen in Syria.