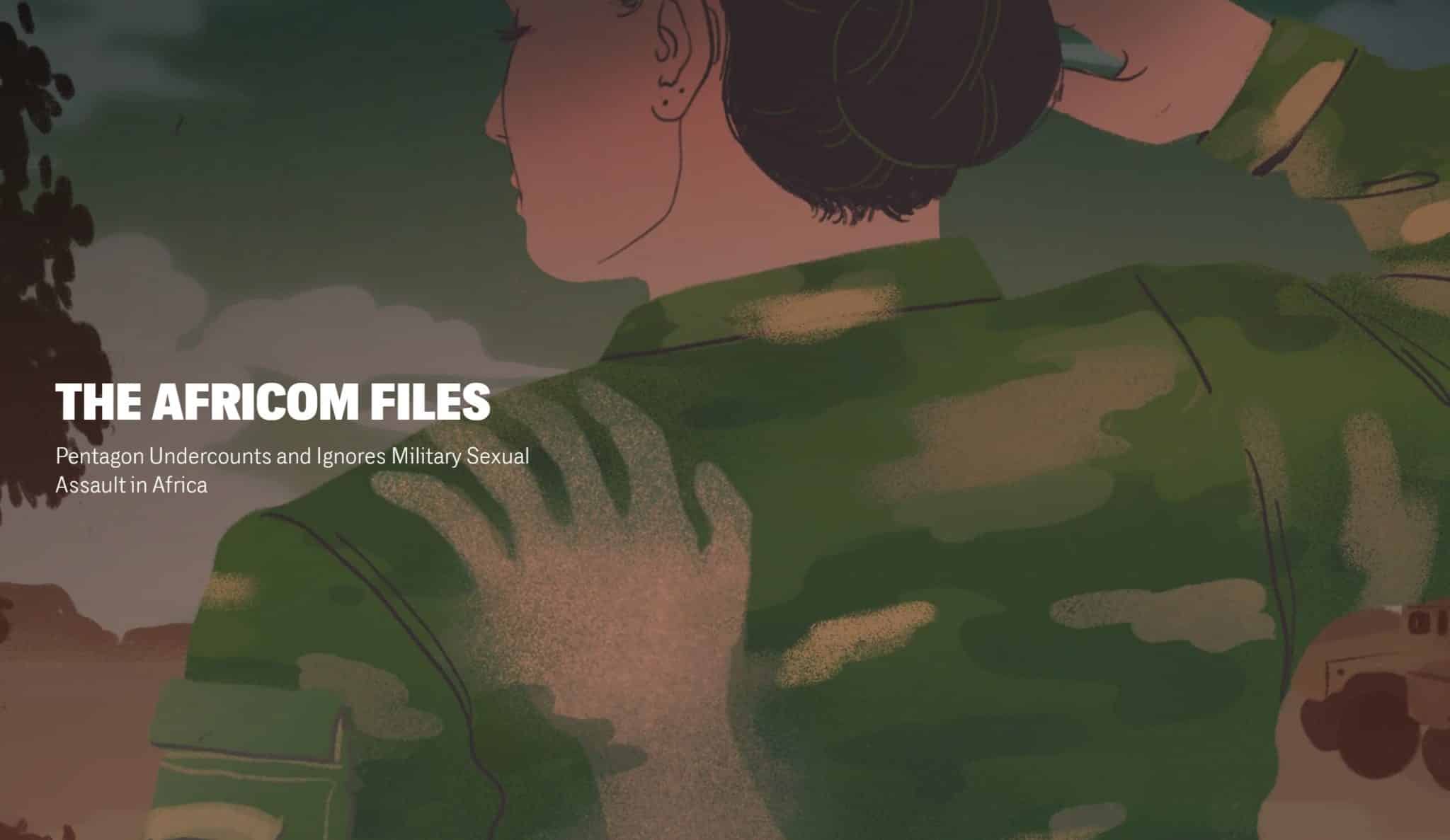 ON THE NIGHT of June 5, 2017, a soldier stationed at Camp Lemonnier, a sprawling U.S. military base in the sun-bleached African nation of Djibouti, started her first shift with Alpha Company. She wasn’t happy about the new assignment. Transferring to Alpha Company meant joining a team without anyone she knew. There was also talk of sexual harassment within the unit.

Around midnight, she reported for duty at a guard post, where she found herself alone with a male noncommissioned officer who outranked her. He told her that he had been watching her for almost nine months, ever since a pre-deployment ceremony at which he decided that he wanted to “eat her pussy.”

The harassment made her uncomfortable, but she didn’t protest, because she was afraid that the soldier would become violent, she later told military investigators. When it was time for her to rotate to the next post, around midnight, he said she should stay, then stood up and told her to “suck his dick.” She told investigators that he “was not taking no for an answer.” He warned her that if she reported him, no one would believe her, because she had less military experience. Fearing for her safety, she began masturbating his penis before he forced it into her mouth.

The incident is one of 158 cases of sexual crimes — including rape, sexual assault, and abusive sexual contact — involving U.S. military personnel in Africa that were reported over the past decade, according to criminal investigation records from the Army, Navy, and Air Force that The Intercept and Type Investigations obtained through the Freedom of Information Act.  read more…