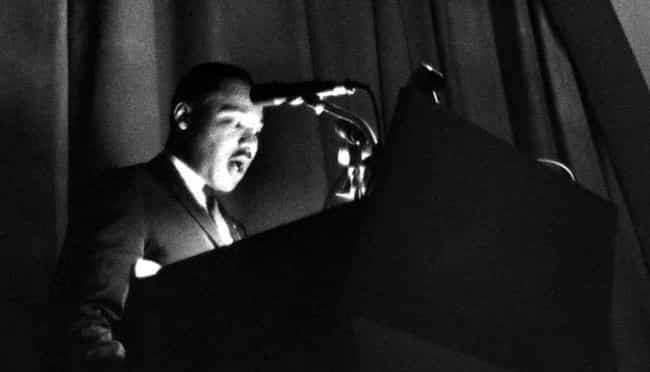 I must admit that I have not been paying much attention to critical race theory (CRT) because I never thought that it has any metaphysical substance. But since it is now becoming the new dynamic movement on the block, then it deserves a response.

It has been around for some years, but it has recently become so controversial in public schools around the country that teachers are being forced to implement it in their classes, despite the fact that “55 percent of teachers said the option to teach CRT in K-12 education should not exist.”

Moreover, “Parents across the country have also publicly opposed the teachings be added to the curriculum of their children’s education. Almost half of U.S. states have proposed legislation against the indoctrination of children through CRT in public schools.”

So, what really is CRT? Take it from two of its finest proponents, Richard Delgado and wife Jean Stefancic. They declare in Critical Race Theory: An Introduction:

“After the first decade, critical race theory began to splinter and now includes a well-developed Asian American jurisprudence, a forceful Latino-critical (LatCrit) contingent, a feisty LGBT interest group, and now a Muslim and Arab caucus. Although the groups continue to maintain good relations under the umbrella of critical race theory, each has developed its own body of literature and set of priorities.”[1]

What a minute. Isn’t that an implicit denial of what Martin Luther King himself articulated? Didn’t King say that “I look to a day when people will not be judged by the color of their skin, but by the content of their character”?

If colorblind is not enough, as Kimberlé Crenshaw argues,[2] then aren’t CRT proponents perpetuating a race-based movement? So why are we focusing on “race” as one of the core issues in the first place[3]? Why not character, as Martin Luther King himself proposed?

As the black scholar John McWhorter of Columbia University will point out in his upcoming book Woke Racism, what the “woke racism” movement is articulating is essentially a new religion, one which has “betrayed black America.” In response to the fraudulent book White Fragility, which actually became a New York Times best-seller, McWhorter wrote that the book “openly infantilized Black people” and “simply dehumanized us.”

What Fragility, McWhorter continued, “does not see fit to address why all of this agonizing soul-searching is necessary to forging change in society. One might ask just how a people can be poised for making change when they have been taught that pretty much anything they say or think is racist and thus antithetical to the good.”[4]

Moreover, if CRT proponents concede that character is part of the equation, then why can’t these people discuss the South Side of Chicago, where people are being shot almost literally every single day?

If people like Kimberlé Crenshaw and Priscilla Ocen are really concerned about “Black Girls Matter,”[5] why don’t they spread the same gospel in the South Side of Chicago? Why are they afraid to address the issue in that environment as well? Over the fourth of July alone, 14 people have been killed and 86 others have been shot in Chicago.[6]

One of the people who got shot was a six-year-old girl.[7] Another five-year-old girl got shot in a Southeast Side alleyway.[8] Moreover, two police officers got shot because they were trying to break up a crowd there.[9] This prompted one individual to call Chicago “a war zone.”[10] So, was George Floyd more important than 14 people who died in Chicago? Was he more important than the police officers who were trying to risk their lives to save the community?

If no, then why don’t CRT proponents and apologists and BLM activists get on the political platform and confront the problem? Why don’t they base their worldview on serious statistical data? All these people have to do is look at the statistical record of violent crime even in the black community, and the statistics show that black-on-black crimes are astronomically higher than policy brutality.

As I write, one article headline is this: “College Football Star Ladarius Clardy Dead at 18 After More Than 50 Shots Are Fired at His Car.” A police officer was not responsible for that. We all know that all hell would break loose if the assailants were either police officers or “whites.”

Now, CRT proponents have to explain to us why they never have the balls to address these issues, which we all know are ubiquitous. The only people who have been fair to these issues are men like Glenn C. Loury, Thomas Sowell, Larry Elder, John McWhorter, etc.

What we are seeing here is that CRT theorists are completely disconnected from reality. The world they are fighting against is simply a category of their own making, not an objective category of reality.

Instead of addressing some of these issues, Chicago Mayor Lori Lightfoot has declared that 99% of her critics do not attack her for her policy but for her race and gender! “Women and people of color are always held to a different standard,” said Lightfoot. “I’ve known that my whole life.” She added elsewhere:

“Can I do things differently and better? Of course. Life is a lifelong learning experience, I hope, for me and for others. But I absolutely understand that critics, some of them who are out there, are criticizing me cause they don’t like to see a woman assume power and forge ahead on an agenda that is about disrupting the status quo.”[11]

“That’s not true. That’s the cop-out. At the end of the day, it’s her responsibility and duty as our co-worker to pull us together and have us figure out plans that work for our community.”[12] Lightfoot is known to be a difficult woman to work with, particularly when people vote against her budget. She once told aldermen, “Don’t come to me for shit.”[13]

In short, CRT, like BLM and other subversive movements, does not have a moral and existential ground. It is an offshoot of the same subversive movement which has been around for centuries. If this seems farfetched, then listen to Delgado and Stefancic once again:

“Critical race theory builds on the insights of two previous movements, critical legal studies and radical feminism, to both of which it owes a large debt. It also draws from certain European philosophers and theorists, such as Antonio Gramsci, Michel Foucault, and Jacques Derrida, as well as from the American radical tradition exemplified by such figures as Sojourner Truth, Frederick Douglass, W. E. B. Du Bois, César Chávez, Martin Luther King, Jr., and the Black Power and Chicano movements of the sixties and early seventies.”[14]

We have discussed the philosophies of radical feminism, Michel Foucault, and even Jacques Derrida in the past. Once again, what we are seeing here is that CRT is a racist ideology or reverse discrimination. If you doubt this assessment, then perhaps it is time to bring in critical race guru Ibram X. Kendi, who directs the Center for Antiracist Research at Boston University. He writes in his New York Times best-selling book How to Be an Antiracist:

How do we adjudicate antiracist discrimination and racist discrimination? Who’s going to be the arbiter of truth? Kendi? Crenshaw? We are again dealing with reverse discrimination here, and this form of discrimination has been around for decades, particularly through affirmative action.[16] Robin DiAngelo, author of White Fragility, implicitly or indirectly supports this. DiAngelo and his co-author write: “The question is not ‘did racism take place?’ but rather, ‘how did racism manifest in this situation?”[17]

In other words, it’s already assumed that racism pervades virtually every aspect of life, and all the observer has to do is find where it is. This is absolutely nonsense. It is pretty sad that this kind of mumbo jumbo is gaining momentum in academe. As a final thought, we all know the real forces behind subversive movements like CRT.

These forces have been trying to undermine the moral and political order since the beginning of time. People like Harold Cruse knew who those forces were, and he described this phenomenon in The Crisis of Negro Intellectual.