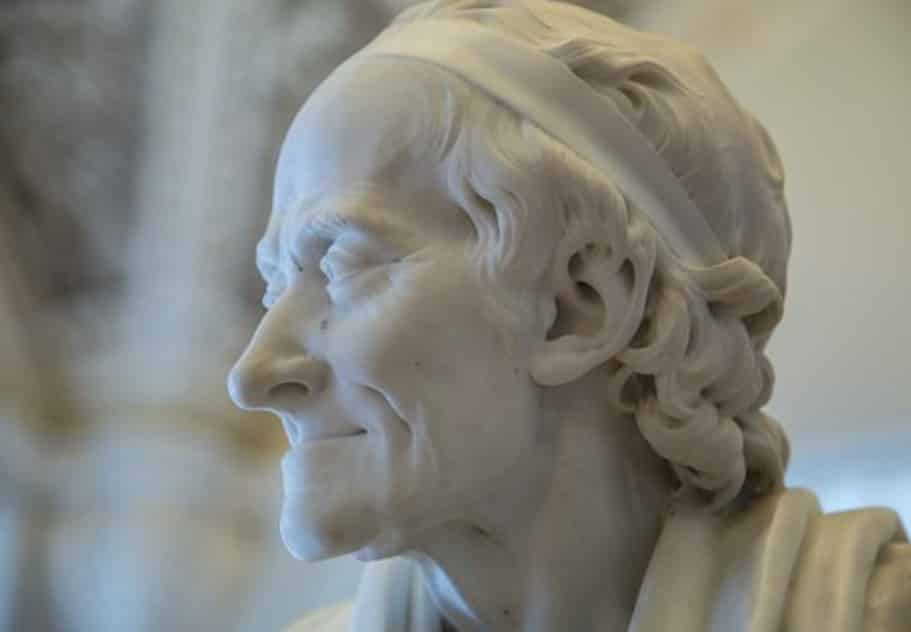 The whole little society entered into this laudable design, according to their different abilities. Their little plot of land produced plentiful crops. Cunegonde was, indeed, very ugly, but she became an excellent pastry cook; Paquette worked at embroidery; the old woman looked after the[Pg 168] linen. They were all, not excepting Friar Giroflée, of some service or other; for he made a good joiner, and became a very honest man.

“All that is very well,” answered Candide, “but let us cultivate our garden. — Volatire, Candide

If you are interested in maybe growing a bit smarter about how you deal with people, problems, things and life, I recommend visiting The Daily Stoic. This site has a lot going for it, although I think the prices of some of their things are less than reasonable. Still, I get daily feeds and spend time looking at it each day.

I adopted Stoicism as a way of facing the world after reading Admiral James Stockdale’s Thoughts of a Philosophical Fighter Pilot. Stockdale was an early resident of the Hanoi Hilton, the prison camp for Navy aviation officers that the Vietnamese State ran in Saigon. He’d been in a graduate program at Stanford, had finished all his course work and was wandering around the halls looking for something to do until his assignment ended. He wondered into the Philosophy Department, met the Department Chairman, and was invited to basically do study of Stoicism reflecting on how it fit the modern life of the warrior.

He had read Reflections by Marcus Aurelius already, but revisited that along with picking up Epictetus and Seneca. Epictetus in his work — basically, the notes taken by one of his students — was practical and trying to guide students and by extension the ages in dealing with the sorts of challenges that we all face. He begins his comments with a basic structure beginning with that there are two kinds of events or issues or problems. Those that we can have an impact on and those we can’t. He recommends that we focus our energy and our attention on those things that we can actually change.

In Voltaire’s Candide, he has the protagonist Candide go through a series of adventures that just don’t come out well. His guide in much of this a character, DR. Pangloss, who is preaching the Leibnizian idea that this is the best of all possible worlds. By the end of the book, they are reduced to being laborers in gardens, and Candide will let Pangloss drone on, but advise him to to do this:

All that is very well,” answered Candide, “but let us cultivate our garden.”
Stockdale thought that was interesting and started journaling his thoughts on various issues that came up in light of Epictetus. When his aircraft was downed and he was basically waiting for the NVA to come pick him up, he thought that “I’m going to get a chance to apply Epictetus as a 20th Century Man tossed into the 1500s…” It worked for him and helped a lot of other POWS but he didn’t realize it was going to be so difficult, so painful and so long.

I recommend reading Stockdale’s books as well as his wife’s contributions and various essays. Warrior Technocrat by training and position, but he had the opportunity to more or less engage in a philosophic and social scientific experiment in which he was part of the experimental population.

As with a lot of philosophical, literary and historical bits of our Greco-Roman past, most of what we have on the Ancient Stoics are really just fragments, or notes or purel just a phrase. Epictetus was well served by his student who attended his lectures and took lots of notes. He was, of course, a slave who was freed by his master. Marcus Aurelius was in a different category, of course, since he was the Roman Emperor, and was engaged throughout his reign in wars along the Danube with the Dacian empire. His Meditations were basically his reflections on how to think and act during his time as Emperor (161-180 CE).

The translation of Mediations that I linked isn’t intended for modern readers. I’d suggest getting your own more modern translation; if you are inclined to go to the Daily Stoic, they have a variety of books about the discipline and links and such. Or, go to Amazon and look for Meditations by Marcus Aurelius. There are some that are free to download to you Kindle, there are a variety of other translations; in fact, there are over a 1000.

I like a lot about the Daily Stoic, but they at times remind me of Scientology or any other cult. Aurelius would find that fairly scandalous, but he’d deal with it as he dealt with most things. Take a very deep breathe, go into his tent and work on his Workbook, the pieces that we have that are recovered. It wasn’t published but copies were made over time and they got a fairly wider distribution than you might thing would happen.

There are certain things in Aurelius that stick in my head because they are practical and oriented toward how a good man should act. Here are two of his thoughts as I understand them.

Stop arguing about what makes a good man. Be one.

Every day I meet awful, annoying, lying, sniveling, complaining, lazy, dirty men who are only interested in themselves. But then, at the same time, I meet modest, quiet, thoughtful and interesting people who are interested in making things better for everyone. We must judge not on our own impressions of them but on what they do.

If we start doing that, we might surprised. I understand the idea behind the filibuster and it is attractive. Let a principled minority derail unprincipled mobs. We’ve had both principled and unprincipled factions to use a word that Washington and Hamilton and Adams as well Jefferson, Madison and Monroe would recognize. They all opposed the establishment of political parties because they could see what happened with the Parliament, where the commons and the lords split repeatedly along what seemed best for the individual, the nation and, oh yeah, the faction with which people aligned themselves. It wasn’t pretty and wasn’t effective; still isn’t all the time, of course.

The problem that we fact today with the filibuster is that the concept of governing as sine qua non seems to have migrated to the Democrats and the Republicans are seeking a return to some golden age that didn’t exist that is simply a modern opiate for the people who might otherwise be forced to think and make decisions. It’s purely a point of view that says “We exist to be in power and we have to be in power any way we can, and governing is hard let’s find another way.”

In other words, Fox News and the other Republican and further right sources of enlightenment are a new version of bread and circuses. Instead of fighting to the death, we watch Congress critters and a cast of thousands whine, complain, accuse, slander and flail away with crude approximations of Sophism in the pursuit of power.

If you liked this post from In the Memory of Brendan Behan and Hunter Thompson, why not share it?