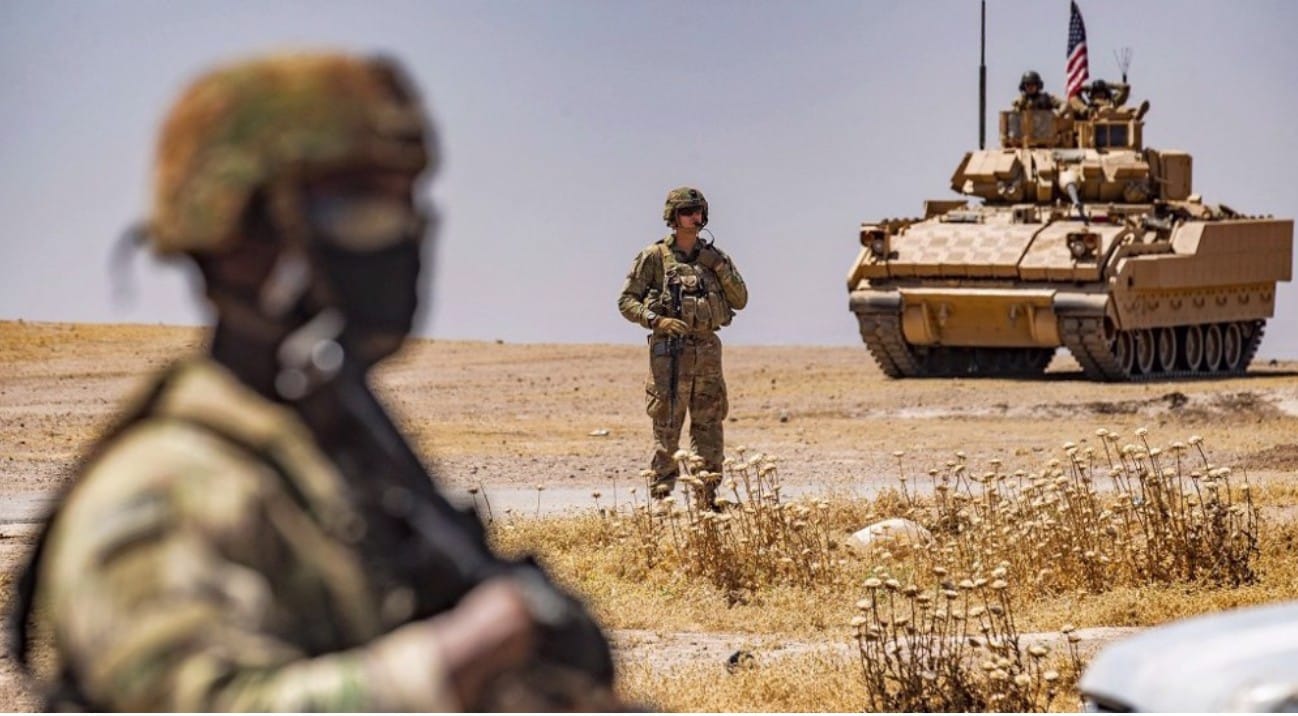 American soldiers stand near a Bradley Fighting Vehicle (BFV) during a patrol near the Rumaylan (Rmeilan) oil wells in Syria’s northeastern Hasakah province, on June 22, 2021. (Photo by AFP)

Press TV: Russia’s special envoy for Syria says he believes all foreign troops will soon withdraw from the Arab country and stop the looting of its natural resources.

“We hope that the presence of a limited American contingency and of a number of Western states in northeastern Syria, as well as the Turkish contingency in the northwestern part of the country is temporary,” Alexander Lavrentiev said.

“Soon, as the situation stabilizes, all these military contingencies will withdraw from the country,” he added.

The Russian official stressed that the withdrawal of foreign forces from Syria would ensure its sovereignty and territorial integrity, and help end the plundering of the country’s natural resources.

The looting of Syria’s resources is “absolutely unacceptable” as they “belong to the Syrian nation and …should be fairly distributed in the interest of all ethnic groups,” he said.

Lavrentiev further called on Washington-backed Syria militants to hold talks with the government, warning of similar situation like Afghanistan.

“I think that the withdrawal of US troops from Syria may take place at any time,” he said.

The withdrawal of American forces from Afghanistan signals the Kurds that the United States may arrive at a decision to leave Syria, too, he added.

“You must remember that former US president Donald Trump had decided to withdraw troops but his decision was later reconsidered and delayed.”

Syria has been gripped by foreign-sponsored militancy since March 2011, with the US and its allies aiding Takfiri terrorist groups.

The United States has deployed forces and military equipment in Syria without any authorization from Damascus or the UN. It has long been training militants and stealing Syria’s oil, ignoring repeated calls by Damascus to end its occupation of the country.

Russia has been helping Syrian forces in ongoing battles across the conflict-plagued country, mainly providing aerial support to ground operations against the terrorists.

Similar to Russia, Iran has been offering advisory military assistance to the government of Syrian President Bashar al-Assad at its official request.

On Friday, US Acting Assistant Secretary for Near East Asian Affairs Joey Hood said American forces will continue to work with militants from the so-called Syrian Democratic Forces (SDF), an alliance of mainly Kurdish forces fighting against Damascus, to purportedly confront the Daesh terror group.

“We will not leave northeastern Syria,” he said, claiming that Washington’s policy in Syria “does not aim to change the regime.”

“We aim to change the behavior of the Syrian government through a UN-led political process that protects the people,” he alleged.

Syrian Foreign Minister Faisal Mekdad emphasized that the ones who defeated Daesh and other terrorist groups were not those who claim to have formed an alliance for this purpose, but rather the Syrian, Iranian and Russian forces as well as the resistance fighters from Iraq and Lebanon and their regional brothers.

The blood of these people is “mixed with the soil of this land for the sake of defeating terrorist organizations and liberating the lands, in which terrorists were wreaking terrorism and corruption with the support of some countries of the ominous alliance that was fighting everything in the region except the terrorists,” he said in a meeting with an Iranian parliamentary delegation.