It’s now time for him to protect our families, or as VT would put it, “Fish or cut bait.”

from Glenn Kirschner, …with Justice Matters

[ Editor’s Note: Glenn is putting some fire under AG Garland’s butt, that the longer Trump is allowed to continue stirring up the next insurrection, that will end up doing tremendous damage to the credibility of the Biden regime to protect the country.

What no one is talking much about I can easily use an old metaphor to describe. The January 6th situation was just the tip of the iceberg.

Trump has tens of millions behind him, and the longer he is able to make the fraud claims and get away with it, the more people will feel his claims must be true and will join hands to “Take America Back,” with Trump leading the way as long as the money keeps flowing in.

To focus the Trumpers’ attention, Donald even gave them an August date with Mike the Pillow guy slated to announce when the orange haired messiah is returning as President. The Capitol Police are almost out of money and the improvements requiring funding have not been done…all talk and no action.

All that said, the only possible thing I can sense might be happening positively is that law enforcement might be closely monitoring any new plotting going on to protect themselves for their unpreparedness on the first go round.

New plotters may feel that law enforcement manpower is still buried under dealing with January 6th fallout, and their current planning can be done under the wire using new communications.

They also may be planning to not overdo it this time, but to make a display to fire up the base more to join them in destabilization efforts that “it ain’t over yet”… Jim W. Dean ] 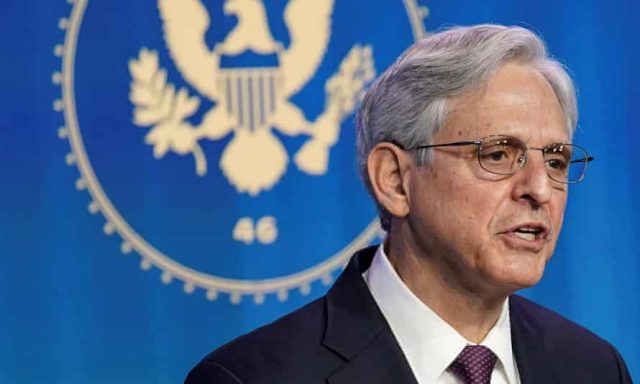 During his confirmation hearing for Attorney General, Merrick Garland answered a question from Senator Cory Booker by saying the following:

“I come from a family where my grandparents fled anti-Semitism and persecution. The country took us in and protected us. I feel an obligation to the country to pay back and this is the highest best use of my own set of skills to pay back.”

Many Americans feel like we are watching our democracy crumbling courtesy of Donald Trump’s continues lies about the election results. It’s time for AG Garland to protect our families in our country as a way to “pay back” – in his words – the fact that this nation protected his family.

Protecting families can only be accomplished by holding accountable not just the Trump supporters who attacked the Capitol on January 6, but the people who funded, organized and incited the insurrection as well.