Home Investigations What if everything we’ve been told is a lie? 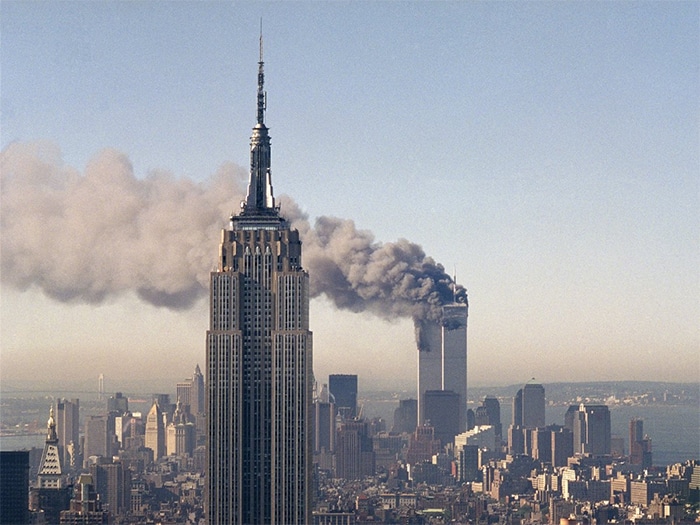 JEA: We have interviewed Dr. Chuck Baldwin in the past, and he still has much to say about our current geopolitical crisis as a pastor in Montana. He was right on target when he said:

“I would even say that since World War II, virtually all of the military conflicts in which the U.S. has been involved in the Middle East have been at the behest of Israel. For all intents and purposes, foreign policy makers of America’s federal government—from both major parties—are little more than lap dogs for the Zionist State of Israel.”

No one can deny that anymore. Baldwin has more interesting things to say, and perhaps some readers will pay heed. 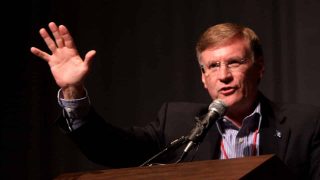 What if our young soldiers, sailors, airmen and Marines who have given their lives in America’s “War on Terror” died for a lie? What if G.W. Bush, Barack Obama and Donald Trump have been nothing but controlled toadies for an international global conspiracy that hatched the attacks of 9/11 as nothing more than a means to institute a perpetual “War on Terror” for purposes that have nothing to do with America’s national security? Would the American people want to know? Would the truth even matter to them?

The sad reality is that the vast majority of Americans who would read the above paragraph would totally dismiss every question I raised as being unrealistic and impossible—or even nutty. Why is that? Have they studied and researched the questions? No. Have they given any serious thought to the questions? No. They have simply swallowed the government/mainstream media version of these events hook, line and sinker.

It is totally amazing to me that the same people who say they don’t believe the mainstream media (MSM) and government (Deep State) versions of current events—which is why they voted for and love Donald Trump—have absolutely no reservations about accepting the official story that the 9/11 attacks were the work of jihadist Muslims and that America’s “War on Terror” is completely legitimate.

These “always Trumpers” are dead set in their minds that America is at war with Islam; that Trump’s bombings of Syria were because President Assad is an evil, maniacal monster who gassed his own people; and that Trump’s expansion of the war in Afghanistan is totally in the interests of America’s national security.

BUT WHAT IF ALL OF IT IS A BIG, FAT LIE?

What if the Muslims had NOTHING to do with 9/11?

What if Bashar al-Assad did NOT gas his own people?

What if America’s “War on Terror” is a completely false, manufactured, made-up deception?

What if America’s military forces are mostly fighting for foreign agendas and NOT for America’s national security or even our national interests?

What if America’s war in Afghanistan is a fraud?

What if the entire “War on Terror” is a fraud?

But who cares? Who even notices?

America is engaged in a global “War on Terror.” Just ask G.W. Bush, Barack Obama, Donald Trump, ABC, CBS, NBC, CNN, FOX News, The Washington Post, the New York Times and the vast majority of America’s pastors and preachers. They all tell us the same thing seven days a week, twenty-four hours a day. Liberals scream against Trump, and conservatives scream against Maxine Waters; but both sides come together to support America’s never-ending “War on Terror.”

But what if it’s ALL a lie? What if Obama and Trump, the right and the left, the MSM and the conservative media are all reading from the same script? What if they are all (wittingly or unwittingly) in cahoots in perpetuating the biggest scam in world history? And why is almost everyone afraid to even broach the question?

Left or right, liberal or conservative, Democrat or Republican, secular or Christian, no one dares to question the official story about the 9/11 attacks or the “War on Terror.” And those who do question it are themselves attacked unmercifully by the right and the left, conservatives and liberals, Christians and secularists, Sean Hannity and Chris Matthews. Why is that? Why is it that FOX News and CNN, Donald Trump and Barack Obama, Chuck Schumer and Ted Cruz equally promote the same cockamamie story about 9/11 and the “War on Terror?”

Tell me again how Donald Trump is so different from Barack Obama. Tell me again how Ted Cruz is so different from Chuck Schumer. They all continue to perpetuate the lies about 9/11. They all continue to escalate America’s never-ending “War on Terror.” They are all puppets of a global conspiracy to advance the agenda of war profiteers and nation builders.

The left-right, conservative-liberal, Trump-Obama paradigm is one big giant SCAM. At the end of the day, the “War on Terror” goes on, bombs keep falling on people in the Middle East who had absolutely NOTHING to do with 9/11 and the money keeps flowing into the coffers of the international bankers and war merchants.

All of the above is why I am enthusiastically promoting Christopher Bollyn’s new blockbuster book The War on Terror.

Of course, Bollyn is one of the world’s foremost researchers and investigators into the attacks on 9/11. He has written extensively on the subject. But unlike most other 9/11 investigators, Bollyn continued to trace the tracks of the attacks on 9/11. And those tracks led him to discover that the 9/11 attacks were NOT “the event” but that they were merely the trigger for “the event.” “What was the event?” you ask. America’s perpetual “War on Terror.”

As a result, Mr. Bollyn published his findings that the attacks on 9/11 were NOT perpetrated by Muslim extremists but by a very elaborate and well financed international conspiracy that had been in the planning for several decades. Bollyn’s research names names, places and dates and exposes the truth behind not just 9/11 (many have done that) but behind America’s “War on Terror” that resulted from the attacks on 9/11.

IT’S TIME FOR THE TRUTH TO COME OUT!

And Christopher Bollyn’s investigative research brings out the truth like nothing I’ve read to date. His research connects the dots and destroys the myths.

Mr. Bollyn’s research is published in a book entitled (full title): The War On Terror: The Plot To Rule The Middle East. I mean it when I say that if enough people read this book, it could change the course of history and save our republic.

This is written on the book’s back cover:

The government and media have misled us about 9/11 in order to compel public opinion to support the War on Terror.

Why have we gone along with it? Do we accept endless war as normal? Are we numb to the suffering caused by our military interventions?

No. We have simply been propagandized into submission. We have been deceived into thinking that the War on Terror is a good thing, a valiant struggle against terrorists who intend to attack us as we were on 9/11.

Behind the War on Terror is a strategic plan crafted decades in advance to redraw the map of the Middle East. 9/11 was a false-flag operation blamed on Muslims in order to start the military operations for that strategic plan. Recognizing the origin of the plan is crucial to understanding the deception that has changed our world.

I do not know Christopher Bollyn. I’ve never met him. But I thank God he had the intellectual honesty and moral courage to write this book. I urge readers to get this explosive new book. If you don’t read any other book this year, read Mr. Bollyn’s investigative masterpiece The War On Terror: The Plot To Rule The Middle East.

Again, I am enthusiastically recommending this book to my readers, and I make no apologies for doing so. The truth contained in this research MUST get out, and I am determined to do all I can to help make that possible.

The War On Terror: The Plot To Rule The Middle East

I am confident that after you read this book, you will want to buy copies for your friends and relatives. The book is under 200 pages long and is not difficult reading. However, the facts and details Bollyn covers are profound and powerful. I have read the book three times so far and I’m not finished.

Frankly, Bollyn’s book made so many things make sense for me. His book dovetails and tracks with much of my research on other topics. Truly, his book helped me get a much fuller understanding of the “big picture.”

What if everything we’ve been told about 9/11 and the “War on Terror” is a lie? Well, Bollyn’s book proves that indeed it is.

Again, here is where to find Christopher Bollyn’s phenomenal new book The War On Terror: The Plot To Rule The Middle East:

The War On Terror: The Plot To Rule The Middle East