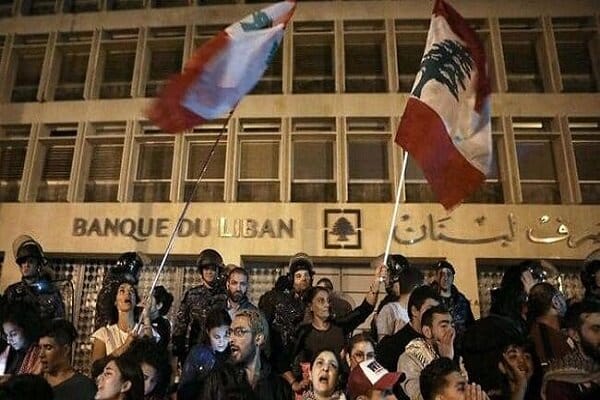 It is about time to…

[The Israeli declaration] affirms Israel’s need to establish a workable strategy in Lebanon and work on executing it firmly as soon as possible, because the entry of Russia and China into Lebanon will rob Israel’s ability in gaining more control over what is happening inside it.

This declaration says it all! A few days before, Israel offered to send aid to the Lebanese people, not to mention that it had asked its friends in the (Persian) Gulf to seize any aid sent to Lebanon. These declarations say it all. The big question will remain to be: is there anybody listening in Lebanon? Unfortunately, the answer is: no one is listening, but everybody is shouting.

The conditions are becoming unbearable in Lebanon. Unless someone experiences living in the dark, no one can understand the situation. All the cities, villages, and neighborhoods are drenched in darkness. You walk in the streets as if you are walking in the wilderness. People walk around with flashlights. As the private electricity generators are hollering.

The generators in Beirut are adopting the policy of electricity rationing. Usually, they shut off their power from 2:00 pm to 7:00 pm, and then from 2:00 am to 8:00 am. If you work from home and you are an early riser, forget about it, you have no warms to catch.

Then again, if you are a late riser, you have lost your chance to accomplish any duties during the day. Moreover, working hours can be adapted to the owners’ moods and sense of responsibility, that is if the generator is valid for work, or it doesn’t break most of the time.

In my neighborhood, the generator suddenly stopped working. I went to get some fresh air on the balcony. As I was spending the off-time around 9:00 pm, I heard children crying. The humid summer heat of Beirut is unbearable without at least a running fan. Humidity and darkness were getting on everybody’s nerves.

The most painful sound was the sound of some fathers shouting at their kids for the most ridiculous reasons. Six months ago, the same fathers were laughing at their kids’ most stupid jokes. The pressure caused by the choice between darkness and generators’ expenses is becoming a huge burden that no one can put up with it.

In the regions outside Beirut, people are paying a fee of up to 600000L.L and more to get electricity. We should take into consideration that the minimum wage in Lebanon is 675000L.L, most people are working with the government, and only certain agencies still pay in the American dollar.

The unemployment ratio in Lebanon will touch 41.1% this year. The prices for generators have tripled and more since the prices of diesel are constantly rising, and the main electricity power feeding from the state does not exceed a few hours.

My balcony exposes tough secrets: young men were emptying their car’s gasoline into empty gallons to sell it to those who can afford the higher prices. I call them the ignorant monopolists. Gasoline is sold to those who don’t want to stand in the long lines waiting for their turn to fill their car tanks. These young men are unemployed and living in hard economic conditions at home. Now they found a fruitful investment in spending their time filling gasoline in the cars and selling it later, participating in deepening the fuel crises in Lebanon.

Gasoline, by itself, is becoming a national problem. People are lining for hours to get it. Lebanon doesn’t have a proper transportation system. The country is dependent on taxies and minivans, which their fares have reached unprecedented prices. Actually, everybody is suffering, whether the drivers or the passengers. It is all time-wasting and exhausting.

This is Lebanon today. It is true that the problem will be solved for a while, but as a matter of fact, it will only “break”. The whole dilemma will be back again.

However, the repetition of the dilemma this time will definitely be accompanied by even worse consequences.