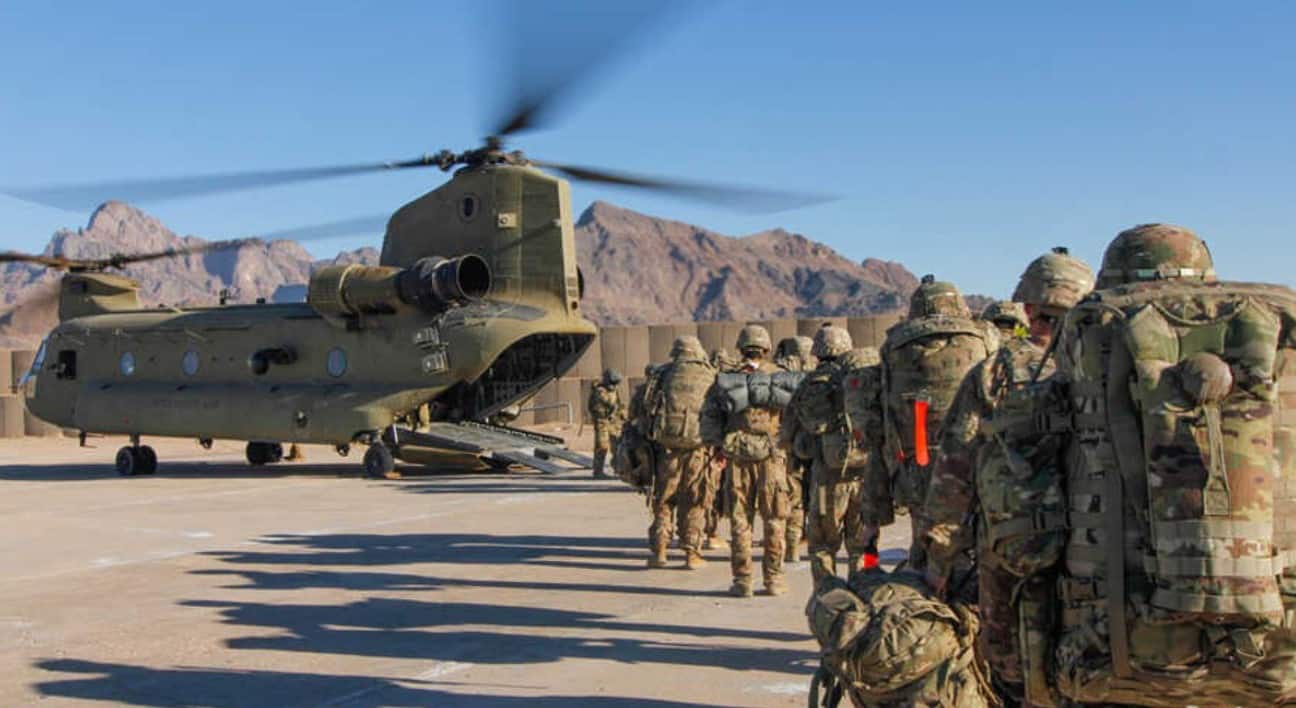 A group of the military forces that the US has taken out of Afghanistan have been sent over to Yemen, where they have occupied a strategic southwestern airbase.

Yemen Press Agency carried the report on Tuesday, saying the forces first arrived at the Aden International Airport in the Aden Province, and were then taken northwards to the neighboring province of Lahij.

The troops were stationed in the al-Anad Airbase in Lahij afterward.

The development came after the Pentagon said 95 percent of the process of US forces’ withdrawal from Afghanistan had already been completed.

The US has been providing strong political and material support for a 2015-present Saudi-led invasion of Yemen, the Arab world’s already poorest country.

The invasion has been seeking to return power to Yemen’s former Saudi Arabia-friendly officials. The war has killed tens of thousands of Yemenis and forced the entire country close to the brink of outright famine.

Washington and its allies have been lending willing arms support to the coalition, including by giving it precision ammunition that the Saudi-led invaders have been using amply against Yemeni children and others. American fuel tankers also provided aerial refueling for the coalition’s warplanes during the biggest part of the war.

Yemenis extract another US bomb in capital Sana’a

After two months of digging into a depth of more than twenty meters, Yemen

The Western allies have, meanwhile, been campaigning feverishly at the international organizations in favor of the impoverished country’s invaders.

Amid the Americans’ arrival at the base in Lahij, Saudis expelled the forces belonging to the United Arab Emirates, who used to be deployed there, the Yemeni agency said. The expulsion was reportedly preceded by clashes between the Saudi and Emirati sides.

Washington has also reportedly engaged in heavy military buildup at al-Anad by transferring dozens of military vehicles, drones, and Patriot missile systems to the outpost and setting up a field operations command center there.

US filling in Qaeda, Daesh’s shoes in Yemen?

The US forces’ transfer to the airbase reportedly coincided with the al-Qaeda and Daesh Takfiri terrorist groups’ defeat in a major operation in the al-Bayda Province in central Yemen.

The news agency said the US used to count on the groups to help it pressure Yemen.

However, the terrorists suffered a heavy defeat recently during a joint operation they had launched–together with the forces loyal to the former Riyadh-allied officials–against Yemen’s defense forces, it added.

Also on Tuesday, Yemeni Armed Forces Spokesman Yahya Saree said hundreds of the Takfiris had been either killed or injured during the Yemeni forces’ successful operation–that was followed by the American troops’ arrival at al-Anad.

‘Yemen tired of US plots’

Headed by Mahdi al-Mashat, Yemen’s Supreme Political Council, held a meeting, congratulating the country’s defenders on the occasion of the victory in al-Bayda.

“Our nation is tired of the US’s plots and the bogus calls for peace,” the council said.

It was referring to Washington and others’ recurrent allegations of support for peace in Yemen at the same time as they keep sowing violence in the war-weary country.

“The Saudi-led coalition’s efforts to stoke tensions in Yemen’s various areas will face nothing but defeat,” the statement said.

Such efforts do not cause the Yemeni people’s will to break down, it added.

The council also urged the United Nations to have its envoys fulfill their actual mission concerning Yemen instead of “serving as mere couriers and end up supporting the invading coalition under the US’s pressure.”