The walking corpse in the White House, the internet oligarch cretins, and the putrid cadavers running the legacy media all want to prohibit free and frank discussion of COVID-19 issues. By censoring alternative viewpoints rather than convincingly refuting them, these morons are giving even the goofiest theories more credibility than they deserve.

When I put Bill Sardi’s article “Do Nano-Sized Graphene Oxide Particles In Covid Vaccines + 5G Radiation Cause COVID-19?” on our list of stories to critique, Allan the producer balked, thinking it might get us deplatformed. Did you READ the story, I asked him? It begins:

“Here is the latest COVID-19 illusion that has gone viral on the internet…” It outlines the theory and concludes that it “falls flat upon careful examination…The allegation graphene is in any vaccines is unsupported by any evidence.”

Sardi’s article is an excellent, levelheaded, non-tendentious debunking, written for grown-ups—unlike the propaganda pablum pumped out by MSM. How ironic that we are risking getting deplatformed just for talking about an essay that exposes the graphene oxide vaccine theory as BS.

It’s almost as if the censors WANT to give the goofy theories credibility (while hiding the true theories) by pissing everybody off with their mindless, treasonous censorship to the point that rational discussion becomes impossible, and screaming matches and/or civil war becomes the only alternative.

Instead of a nation of fearless freedom-lovers boldly discussing and debating the issues of the day in pursuit of truth, they want a nation of censors and snitches ratting each other out:

“IF ANYONE IN YOUR FAMILY STARTS WEARING BISON HEADDRESSES WHILE PAINTING THEIR FACE RED WHITE AND BLUE AND COVERING THEIR BODY IN TATTOOS, PLEASE CALL THE HOMELAND SECURITY HOTLINE AT 1-666-666-6666.” 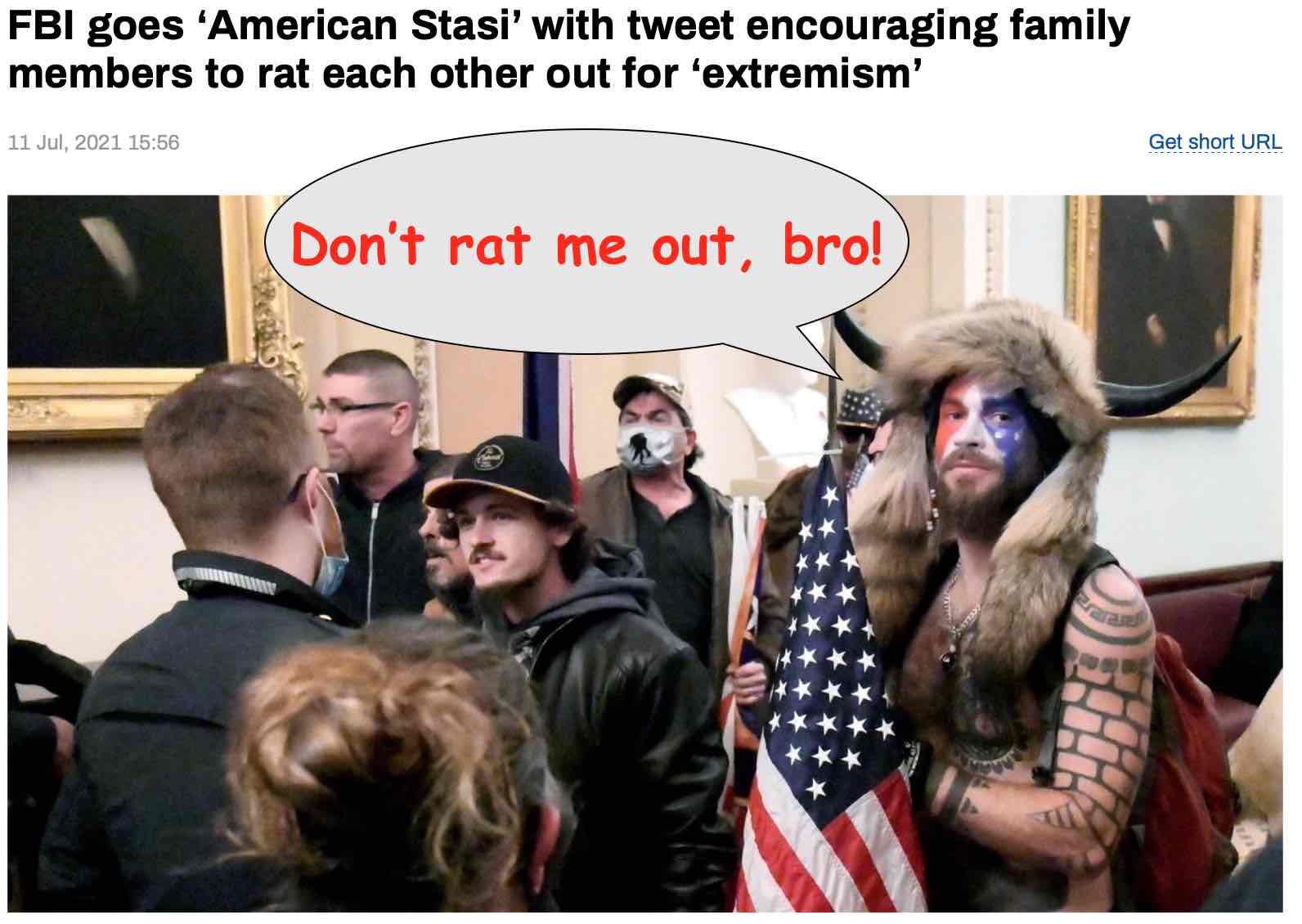 A tinderbox for civil war and/or dictatorship is being methodically assembled. All it would take is one little Reichstag fire, and… 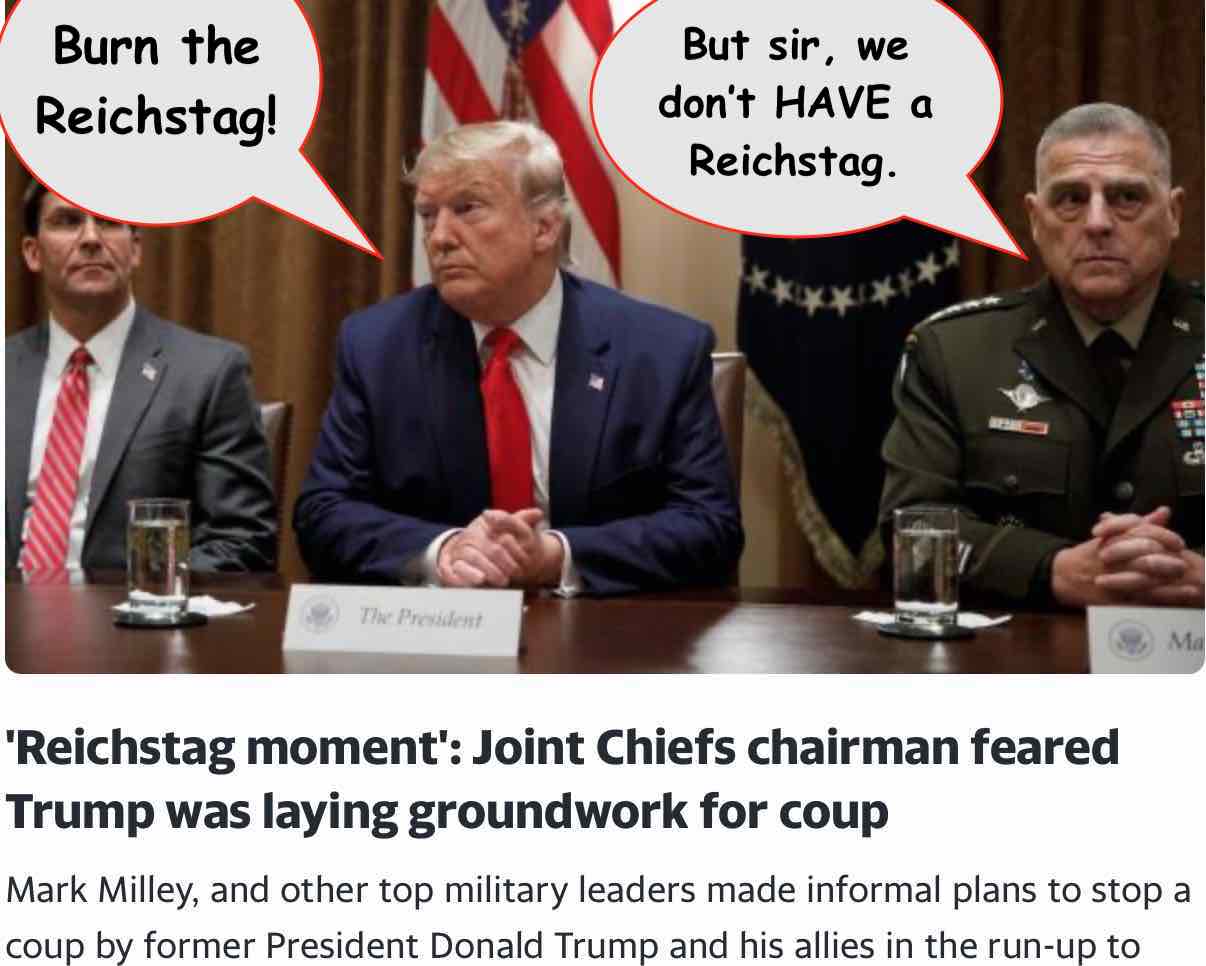 But no matter how bad the news may seem, there is always at least one item of good news every week. This week the good news was the collapse of Roy Moore’s lawsuit against Sacha Baron Cohen—a lawsuit almost as hilariously stupid as Moore’s original decision to prostitute himself for “Israeli Gen. Erran Morad.” 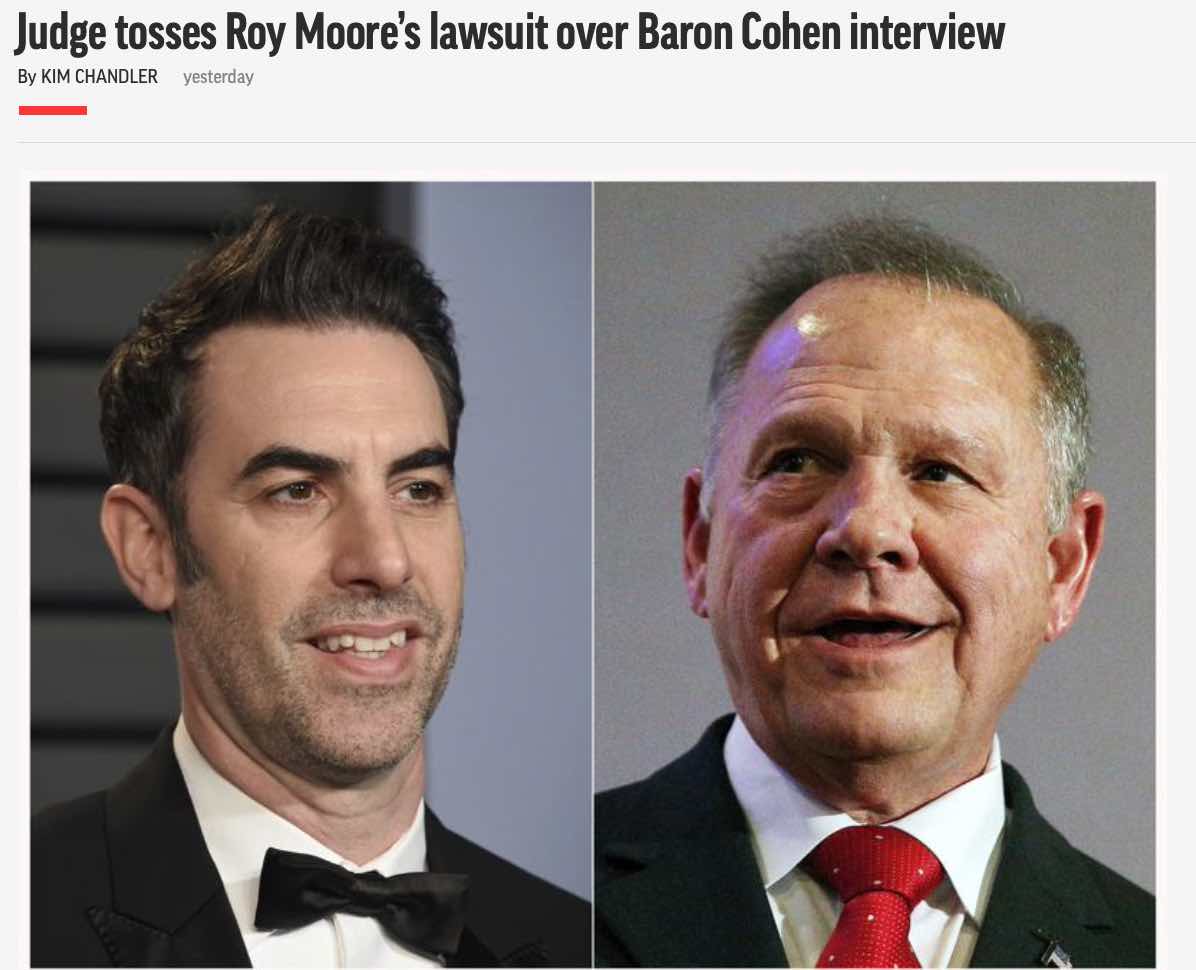