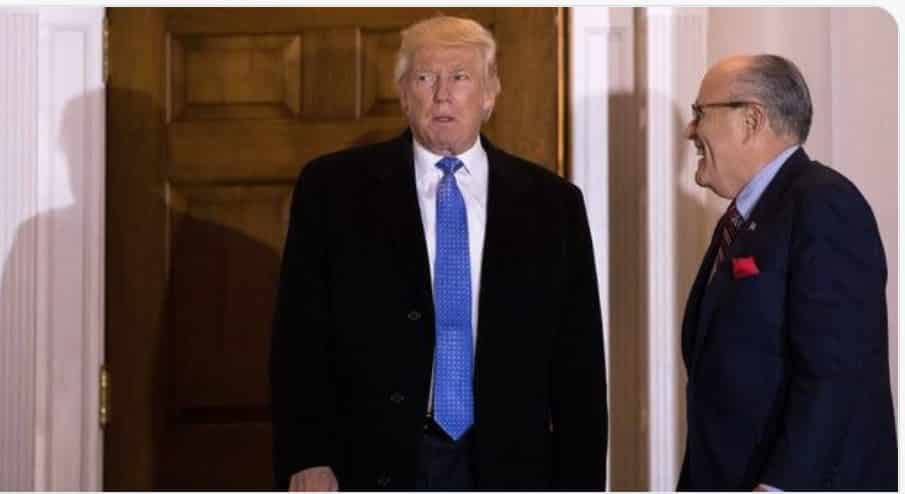 Raw Story: Donald Trump and Rudy Giuliani are potentially facing a criminal investigation in Arizona over their efforts to pressure election officials into overturning the 2020 election.

Is it even needed? He’s guilty https://t.co/r6uGgkkP1A

“The correspondence marks the first public sign that Brnovich, a Republican running for the U.S. Senate, intends to examine public records in the aftermath of The Republic’s reporting, which first detailed the pressure campaign. The Republic found Trump’s personal lawyer, Rudy Giuliani, and Kelli Ward, the chairwoman of the Arizona Republican Party, repeatedly reached out to Maricopa County officials to try to influence the election outcome,” the newspaper reported.

The newspaper obtained a copy of the email sent by the AG’s office.

“Additionally, please provide any and all records your office possesses related to potential violations of Arizona’s election laws,” Assistant Attorney General Jennifer Wright wrote in the email to Hobbs.

A spokesperson for the secretary of state’s office said they were providing the records to the attorney general on Friday.

There's now a congressional investigation into the Arizona election "audit."

House Oversight has given Cyber Ninjas two weeks to turn over documents, including any communications between the firm and Trump allies like Rudy Giuliani and Sidney Powell.https://t.co/9Mjw1VOOw3 pic.twitter.com/n2R7SWjvfx

The request for documents comes after Giuliani had his law license suspended in New York and Washington, DC over his delusions about election fraud.