Home Government Russian Bear in Lebanon, with China not far behind 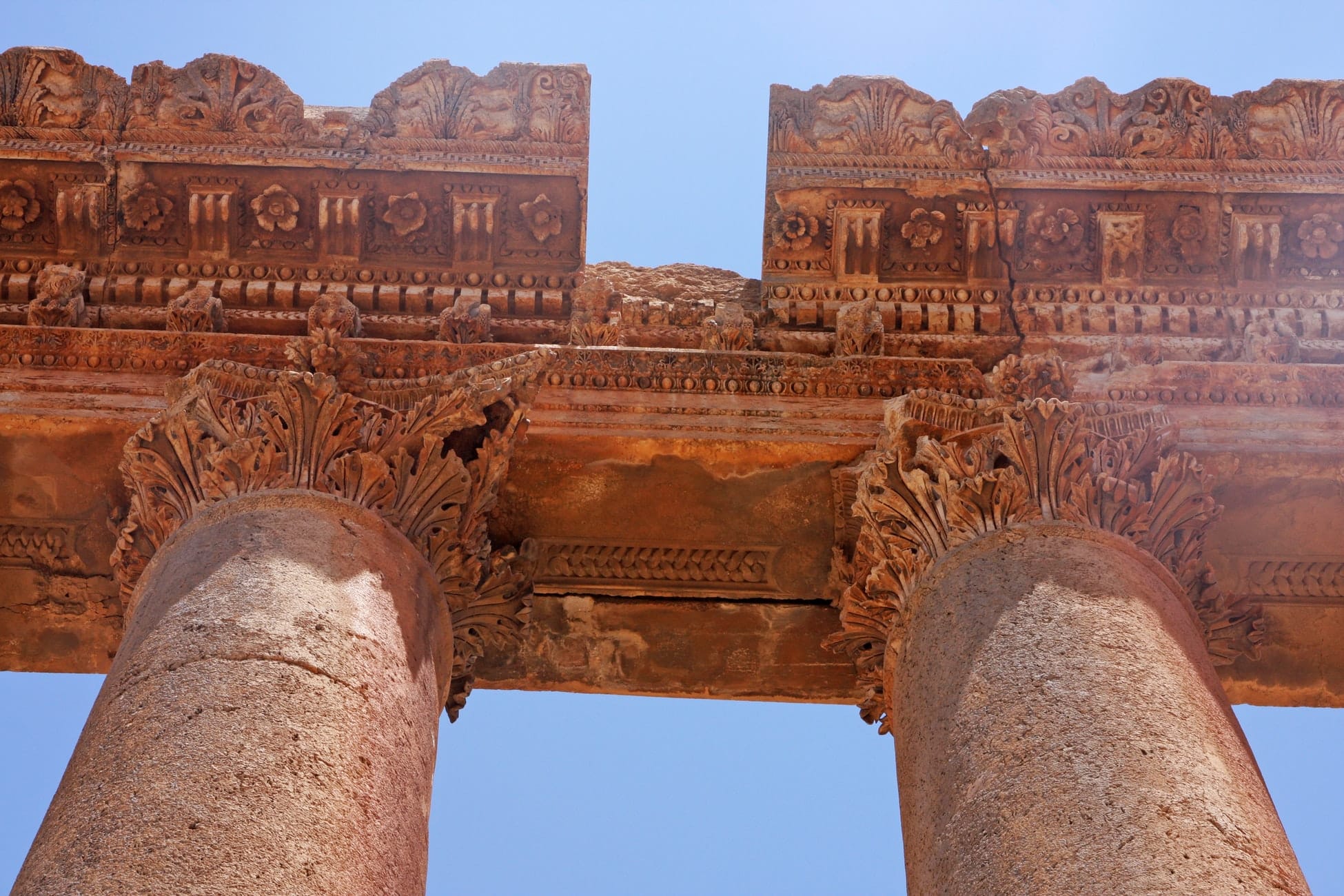 … from the Tehran Times

[ Editor’s note: This was published just before Michael Aoun folded his tent and bailed out of Lebanon after his voting block was refused the veto power it wanted over all government decisions. Welcome to non coalition building in Lebanon.

Putin had already been there to offer Russian support for desperately needed rebuilding after the Israeli mini-nuke strike on the Beirut port destroyed the economy, where both the FBI and French Intelligence investigations never contacted VT on our nuclear strike reporting, nor did the Lebanese interim government.

China also seems willing to help, but both countries will need assurances that what they put into the country is not looted or used by one group to dominated the country politically. No one in the West seems in a hurry to rush in. But the usual suspects will scream if Russia and China go in.

It is a big opportunity for both, and the investment would be a modest upset to all those who have kept Lebanon dangling on a string, not the least of which is Israel, who would not be happy to see two major Eastern powers gain power in Lebanon, creating a backdrop where Israeli threats would not resonate well.

Lebanon is on the mat. No small amount of aid can have the needed leverage to turn it around.

The Western powers seem to prefer the country remain on life support, under some illusion that it will encourage Hezbollah and Iranian assistance to be thrown out, which is just a pipe dream. VT wishes Lebanon well, and we hope to go back someday during better times… Jim W. Dean ]

It exceeded by far political analysis, especially in Lebanon. The summit almost coincided with the Russian economic delegation’s visit to Beirut on the 18th of the same month and the announcement of its study results to initiate investments projects in Lebanon.

The results revealed the Russian delegation’s future plans in rebuilding the oil refineries in Zahrani and Tripoli and rehabilitating the latter’s port. Regardless of the projects, the Russian companies intend to deal with, if they are approved and encouraged by good signs changes can be relied upon. It means that Lebanon has taken an important leap in its economic policies by gradually moving towards the East.

Naturally, Lebanon’s orientation towards the East “if it happens” will not be absolute and definitive, but rather principled and partial. This is an important matter by itself.

It is marked as a qualitative leap that may minimize the private companies’ monopolization of energy imports, which will be directly reflected, firstly, in electricity production in Lebanon, and secondly in facilitating the provision of petroleum products in Lebanon. Such projects became a necessity, in particular, after the collapse of the Lebanese lira against the American dollar.

Logically, changing the reality of the production of electricity will reveal immediate results. It will be reflected in the change in the rehabilitation of the economic infrastructure fields in Lebanon. It will also positively reflect in other vital areas, such as determining the prices of food commodities, which became outrageously high.

Accordingly, one of the most important reasons for the obscene rise in food prices is related to the high costs of transportation in the last month alone. It is almost above the purchasing power of the Lebanese.

In addition, there are unseen accomplishments that will go with the entry of Russian companies, which is creating new job opportunities in Lebanon. Lately, it was reported that unemployment in Lebanon will reach 41.4% this year. It is a huge rate, which the Lebanese media, in general, use to provoke people against the current resigned government.

However, it neglects to shed the light on the importance of the Russian investment in creating new job opportunities, which will affect all social groups, whether they were transporters, building workers, porters, cleaners, or university graduates.

The companies coming to Lebanon are directly supported by the Russian state. However, they are private companies, a fact that has its advantages. They are familiarized with dealing with other Western international companies. Russian companies have previously coordinated with French and Italian companies in Lebanon, through contracts concluded for the extraction of gas in Lebanese fields and in other fields outside Lebanon.

If this achievement is accomplished, then Tripoli will restore its navigating glorious history. Tripoli was one of the most important ports on the Mediterranean. Additionally, there is a need for the Russian and the Chinese to expand on the warm shores of the Mediterranean Sea.

Secondly, the project will boost Tripoli and its surroundings from the current low economic situation to a prosperous economic one, if the real intentions are there. The results in Tripoli will be read as soon as the projects set foot in the city. Of course, this will establish another Sino-Russian victory in the world of economy and trade, if not in politics as well.

The entry of the Russians and the Chinese into the Lebanese field of commerce has international implications. It will come within international and global agreements or understanding. Nevertheless, it is a sign that the Americans are actually losing their grip on Lebanon.

This entry will stop the imposition of a limited number of European-oriented Lebanese monopolizing companies, which have dominated the major Lebanese trade of oil and its products. Dominance is protected with the “illusion” of meaningless international resolution.

It is true that the Americans are still maneuvering in several places; however, this is evident to the arbitrariness of decisions making in the U.S. today. It is the confusion resulting from ramifications of the “Sword of Jerusalem” operation in Palestine; it seems that they do not have a clear plan towards policies in the region, other than supporting “Israel”.

If the above is put into action, and the Russian companies start working within a guarantee agreement with the Lebanese state. This means a set of important issues on the international and regional levels. And it also means that the Americans would certainly prefer the Russians to any Chinese or Iranian economic direct cooperation in Lebanon.

First, it is clear that in their meeting Mr. Biden and Mr. Putin reached a kind of consent to activate stability in the region. Two years ago, the Americans had a different plan. According to an established source, the Americans actually intended to strike internal stability in Lebanon and ignite another civil war round, before finalizing stability in Syria.

This assertion tunes with David Hale’s, an American envoy to Lebanon, a declaration about the American anger over the $10 billion spent in Lebanon to change the political reality and overthrow Hezbollah from the government. Consequently, the American project is behind us now. Russia and China need to invest in the stability of Lebanon, in order to secure their investments in the process of rebuilding Syria.

Second, the Lebanese state guarantee, which the Russians require, is directly related to the lack of confidence in the Lebanese banking policies, which have lost their powers as a guarantor for investments after the role they played since November 17, 2019 till today. It proved the inefficiency of the financial policies of the Lebanese banks, which was based on the principle of usury since the nineties of the last century.

In addition, a state guarantee will enable the Russian companies to surpass the American sanctions.

The state guarantee increases the value and importance of the Lebanese state as an entity in the region, and this can be understood from Macron’s statements after the explosion of Beirut port last August when he said that Lebanon’s role in the region as we know it must change.

Third, if we consider the history of international unions in the world, including the European Union, the (Persian) Gulf Cooperation Council and others, they started as economic alliances before they end as political alliances.

Therefore, at this historical stage and in order to work on the economic recovery of Lebanon, which needs more investments instead of falling under the burden of more debts. Lebanon needs to head East towards economic unity with Syria.

In cooperating with two superpowers, Lebanon and Syria can form an economic bloc on the Mediterranean shores, a bloc that can get Lebanon out of the vortex of Western absurdity and expand its alliances and horizons to be a real economic and cultural forum where the East and the West can meet.