Home World We Danced to the Enemy’s Tune 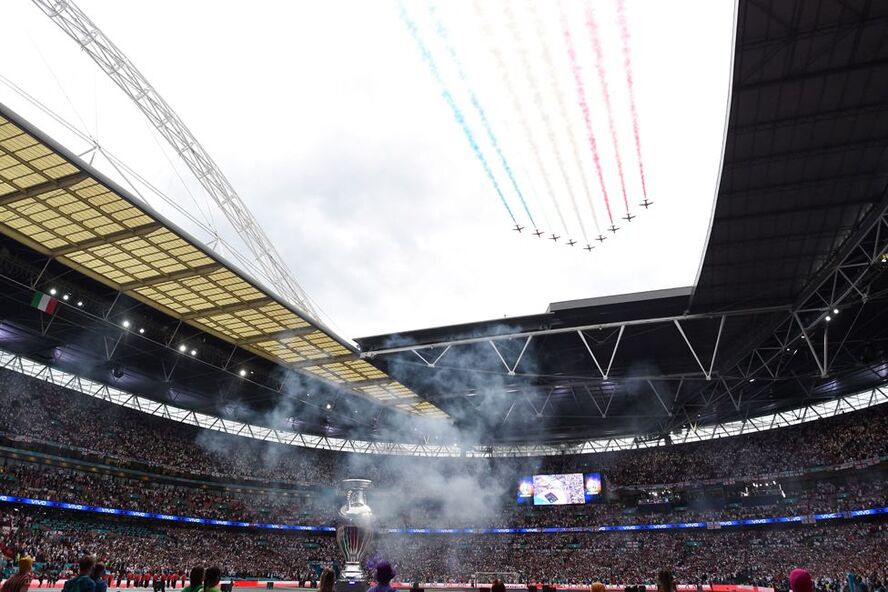 You should never dance to the enemy’s tune! That applies even to the Taliban, who hate music and don’t have any tunes. After five minutes of glorious soccer, during which Manchester United left-back Luke Shaw scored the fastest ever goal in a Euros final, England went on to the defensive. That was absurd. The Eyeties got deeper and deeper into our half and then, disaster of all disasters, equalised in the second half! Three England players, the Tory-bashing Marcus Rashford, who wasn’t even fit, Jadon Sancho and Bukayo Saka, missed their penalty kicks, giving Italy the trophy.

Luke Shaw’s fine goal gave the Eyeties their greatest shock since the Battle of Matapan, when, as I commented last week, the Queen Elizabeth class battleships HMS Valiant, HMS Warspite and HMS Barham opened fire at night on the heavy cruisers Fiume and Zara at 3,800 yards, aided by Valiant’s Type 279 radar. Lacking radar themselves the Eyeties didn’t know that a British battle squadron was close, let alone about to open fire at point blank range.

As at Matapan all was chaos and confusion in the Italian camp after Luke Shaw’s goal. Then after about 20-25 minutes things changed. The Eyeties seemed to sense that the England team were under instructions to give the game to them. Our best striker, Harry Kane, was masked – the first time he had a really good look at the Italian goalkeeper was when he was about to take his first penalty. (He scored, his shooting matching that of Warspite’s gunners at Matapan.) The opposition’s morale recovered and they never looked like losing.

As expected they fought dirty, with four yellow cards being dished out and rightly so, but not so dirty as to give away penalties or lose a player via a red card. Huge questions are now being asked, and an intelligence investigation is underway.

Why did England decide to sit on a slender one-nil lead, having played such wonderful, attacking soccer in the previous matches? Why was Marcus Rashford substituted just before the end of extra time whilst carrying a shoulder injury? (He’s not returning to Manchester United to play and has scheduled an operation on his shoulder!) Why were two young, inexperienced players picked for the penalty kicks, when they were bound to freeze?

The controversy over last Sunday’s match is likely to roll on for several centuries. Jerry still complains about Sir Geoff Hurst’s second goal in the 1966 World Cup Final and thinks that the fair Russian linesman, Tofiq Bahramov, was getting back at Germany for the Siege of Leningrad! (The goal was in of course – the England captain, Sir Bobby Moore, was a gentleman and wouldn’t have claimed a dodgy goal.)

The questions for the counter-intelligence officers and specialists working on the loss to Italy are essentially these:

If it turns out that the match was rigged and that any Cabinet Office or FA official was involved thoughts will need to turn to suitable and proportionate punishment, bearing in mind that HRH Prince George and many other young children were deeply upset by the disastrous loss. Whilst 10-15 years might be a suitable sentence for rigging an international quarter-final and life without parole a suitable sentence for rigging a semi-final, nothing short of death would be sufficient expiation for the crime of rigging a final.

Our laws are quite inadequate to deal with match-rigging, although thankfully after the rigging of the 2004 Euros in Portugal (which yours truly helped expose) our counter-intelligence is not. The ordinary courts not having adequate powers of punishment it would be for the High Court of Parliament to try those involved for their lives at the Bar of Parliament.

The procedure is that a Bill of Attainder would be introduced in the House of Commons, where the accused would have the right to be represented by counsel. If the Bill were passed and received Royal Assent, a matter entirely for Parliament and our Beloved Sovereign with respect, the condemned men (no woman are thought to be involved) would be taken by naval launch to the Tower of London, which they would enter by Traitors’ Gate. I gather the launch be provided by HMS Belfast – modern ships tend to use Zodiacs, which would be quite unsuitable. The Beefeaters would escort them with their axes turned inward. 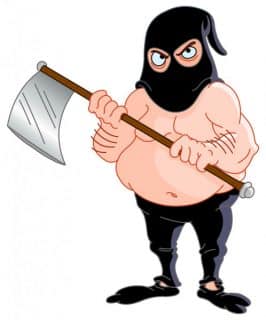 The condemned would be well looked after in the Tower of course, with fresh straw in the dungeons and so on, until the morning of the day appointed for their execution. After a slap-up breakfast they would be escorted to the scaffold, which would be specially erected for the occasion inside the Tower itself. There would be no live TV from the Tower of course, but TV mikes outside would probably pick up the screams – any Cabinet Office official sentenced to death would probably be a screamer, no offense intended.

The mode of execution would be decapitation by axe. The execution itself would be carried out by the State Executioner, who would have valuable experience of killing people, and would have two assistants. The executioners would be appointed from the ranks of retired senior SAS NCOs, who would be briefed in in the shameful role of the Cabinet Office in betraying Allied convoys in Afghanistan to the Taliban.

After the fatal blow the State Executioner would hold up the head of the condemned and proclaim, in the usual way, “Behold the head of a traitor”. There would be no need for a doctor to certify death – decapitation is usually fatal and unlike hanging not much medical expertise is called for to determine death.

The cadavers would then be interred, in un-consecrated ground, within the precincts of the Tower. The executioners would doubtless be given a nice lunch by the Constable, currently General Sir Nick Houghton, a nice chap with respect, who would want to look after the lads.

I think I am right in saying that should Mark Bullingham be sentenced to death, which as I say is not a matter for me, he would become the first FA Chief Executive to be executed for losing a match. He would also be the first Chief Executive to end up shorter at the end of his tenure than when he began it. Should it turn out that the match was rigged and that the Italians were involved no doubt we would have to work out a way of killing a few Eyeties, maybe by following the splendid example of Vice-Admiral Sir James Somerville, who bombarded Genoa on February 9th 1941 with the battleship HMS Malaya, the battlecruiser HMS Renown and the light cruiser HMS Sheffield.

The criticisms of the 15” 42 cal. Mark 1 gun for being short-ranged have been rather overdone. I am reminded by Burt (British Battleships 1919-1939, Arms and Armour Press, 1993, a standard reference work) that on September 10th 1944 the dear old Warspite engaged enemy targets in Le Havre with her main battery at no less 32,000 yards. That’s not much shorter than the range of early versions of the Exocet missile.

The successful bombardments on D-Day, at Le Havre and Walcheren pointed out the importance of battleships for fire support. The anti-battleship brigade downgrade the importance of fire support, tending to describe it as a secondary mission. I’m not so sure. Amphibious operations are an important part of modern warfare and have been since 1915. They cannot safely be undertaken without adequate fire support.

Britain’s most recent battleship, the handsome and well-balanced HMS Vanguard, was greatly missed at San Carlos Water! She would have put the wind up the Argies, no offense intended. Curiously, she was armed with the 15” Mk 1, using guns landed from the light battlecruisers HMS Courageous and HMS Glorious after their conversion to carriers. (Shallow draft ships, they were originally designed as part of Lord Fisher’s sensible plan to bombard Germany’s Baltic coast.)

I have been remiss in not commenting earlier on the sad passing of that nice man Donald Rumsfeld on June 29th. We never met but I had dealings with his military advisers and I still have my prized Donald Rumsfeld key-ring, presented to me in his office at the Pentagon.

Donald was noted for his fine intellect and capacity for clear thought, manifested most famously in his 2002 categorisation of intelligence – knowns, known unknowns and unknown unknowns. He was right of course – it’s the unknown unknowns we need to be ready for. He was also known for his sensible views about Iraq and his refusal to be railroaded into accepting bogus allegations of prisoner of war abuse at Abu Ghraib. I understand that he was quite impressed with my analysis of the notorious ‘hood’ fake photo.

He was also intrigued by the intel I handed over to the Pentagon on West German Luftwaffe pilots flying for the North Vietnamese Air Force in ‘Nam. He was too smart a cookie, with respect, to be taken in by commie claims that North Vietnamese pilots were doing all the flying. He was a trained naval aviator himself of course, who flew the Grumman S-2 Tracker.

He first became Secretary of Defense in 1975, taking over from another nice man, James Schlesinger, a friend of a late friend. He was both the youngest and the oldest SecDef. I didn’t agree with him on everything – he rejected my plea to refit the USS John F. Kennedy (CV-67) and keep her in commission, for example. However I always respected his point of view.

He was a fine man and a great SecDef, even if had a weakness with respect, shared with Britain’s Ben Wallace, for doing defense on the cheap. He played a key role in directing America’s response to the 9/11 attacks and history will be kinder to him than the media.