Home Government General Mark Milley to Trump and Netanyahu: “If you do this, you’re... 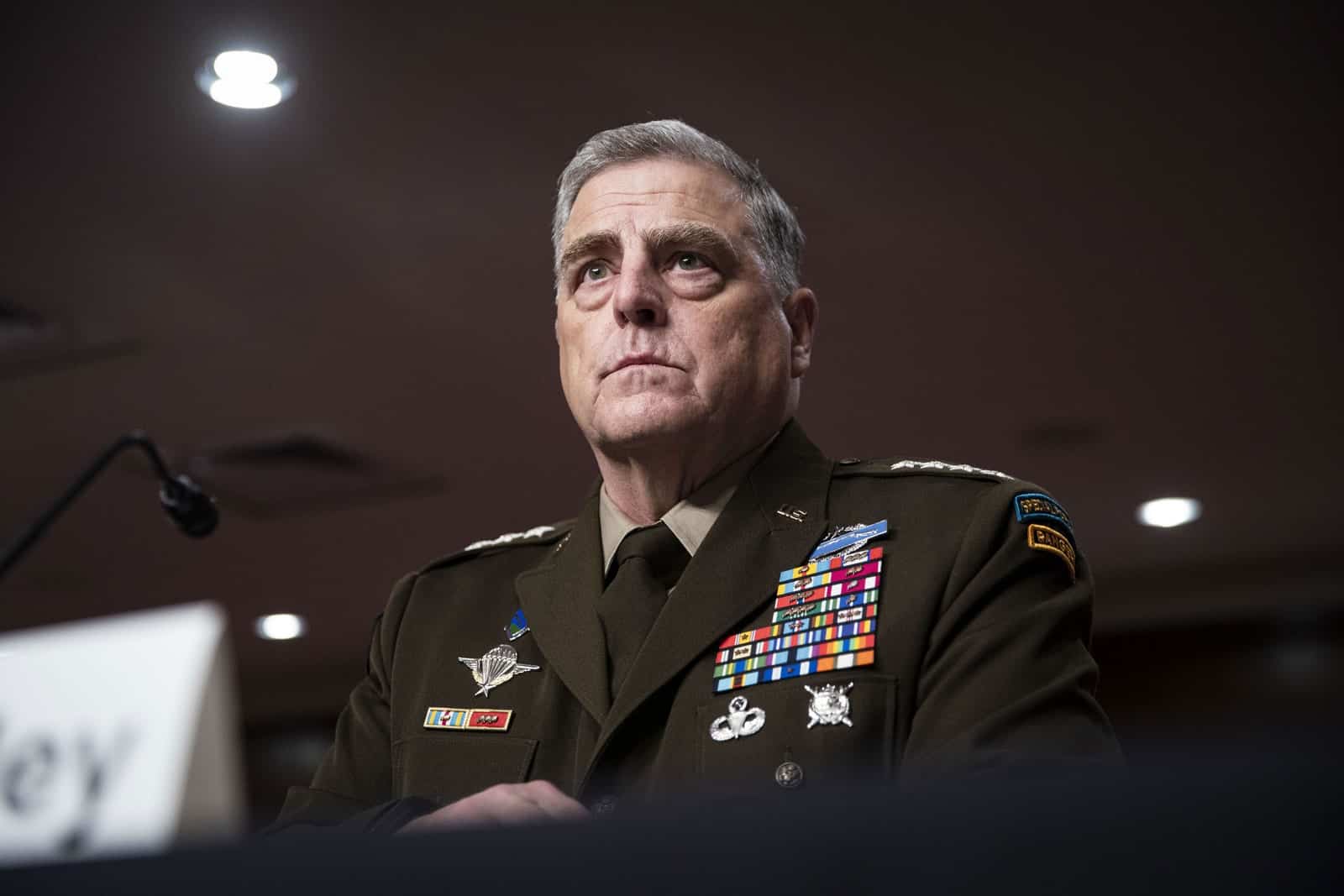 This should not be a surprise to anyone at all: on is last day in office, Trump was ordered by Benjamin Netanyahu to bomb Iran. The only person who stopped him was General Mark Milley, the chairman of the Joint Chiefs of Staff. During his last days in power, “the subject of Iran was repeatedly raised in White House meetings with the President, and Milley repeatedly argued against a strike…

“Trump had a circle of Iran hawks around him and was close with the Israeli Prime Minister, Benjamin Netanyahu, who was also urging the Administration to act against Iran after it was clear that Trump had lost the election.”[1]

“If you do this,” Milley reminded Trump and obviously his master, Benjamin Netanyahu, “you’re gonna have a fucking war.”[2] When Milley asked Mike Pence why he and Trump were so bent on attacking Iran, Pence responded: “Because they are evil.”

“Finally, on January 3rd, after Trump had flown back from his Christmas vacation at Mar-a-Lago, he convened the Oval Office meeting on Iran, asking his advisers about recent reports from the International Atomic Energy Agency on Iran’s nuclear activities. Both Mike Pompeo and the national-security adviser, Robert O’Brien, told Trump that it was not possible to do anything militarily at that point. Their attitude was that it was ‘too late to hit them.’ After Milley walked through the potential costs and consequences, Trump agreed. And that was that: after months of anxiety and uncertainty, the Iran fight was over.”[3]

So, Benjamin Netanyahu came very close to giving America another disaster in the Middle East. As we pointed out in a previous article, Trump did make a deal with the devil (Benjamin Netanyahu), but the devil could not deliver the final strike because he is not in control of the universe. The devil perpetuated one lie after another, but his blatant lies could not help him. He tried, but he failed miserably and pathetically. How? Well, this is Netanyahu at his best:

“The best estimate at this time place Iran between three and five years away from possessing the prerequisites required for the independent production of nuclear weapons. After this time, the Iranian Islamic republic will have the ability to construct atomic weapons without the importation of materials or technology from abroad.”[4]

This was a lie then and it is a lie now. It’s been twenty-five years. How did Netanyahu concoct this thread-bare hoax? Did he even cite the IAEA? Did he produce serious evidence?

No. As a pathological liar, Netanyahu was just doing what he has always done best:  producing one lie after another in order to seduce much of the West. He had to produce lies because he would have loved the West, particularly the United States, to bleed Iran. He did lie about Iraq, and he thought he still could do it again during Trump’s last day. Thank God it didn’t happen.