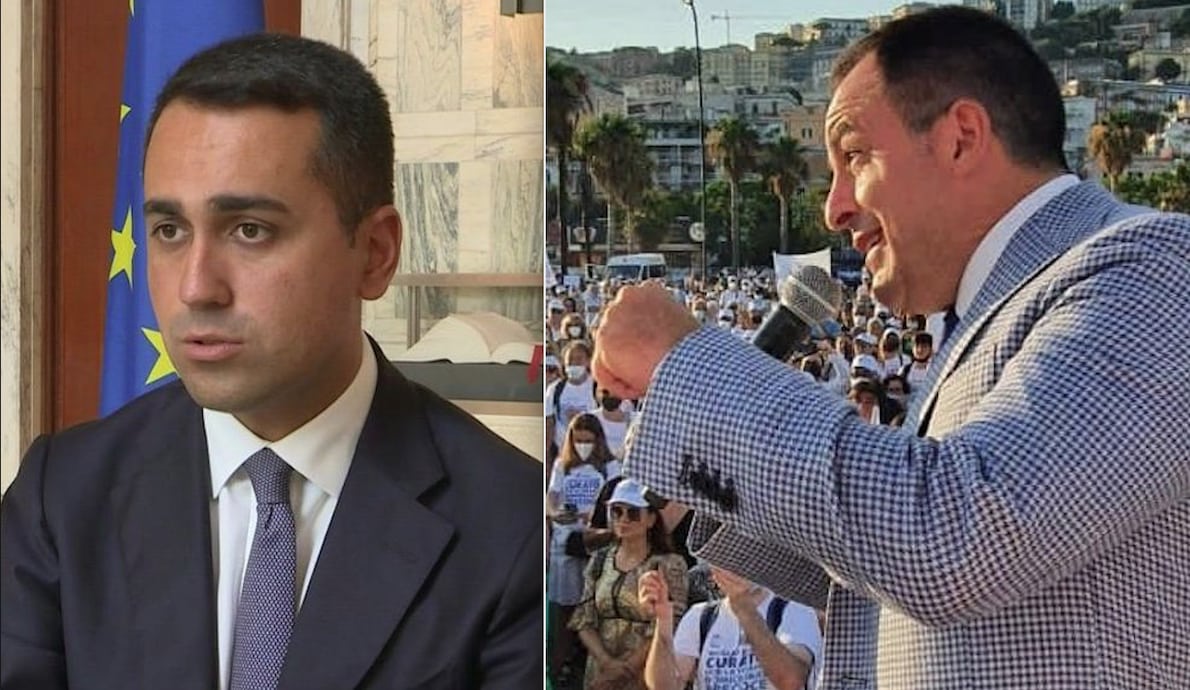 In the cover image, the Minister of Foreign Affairs Luigi Di Maio and the chairman of the Covid-19 Home Care Committee, lawyer Erich Grimaldi during a demonstration

The Covid-19 Home Care Committee sent a request to the Foreign Ministry this morning, inviting the Italian authorities to immediately take charge of the situation of “about 500 young people, including many minors, who were stranded abroad (Malta, Greece, Spain , Dubai, Great Britain, Cyprus, Portugal), after having tested positive for Covid-19 or having made contact with positive ones, and without any kind of assistance either from our country or from the institutions of the host country “.

The association’s statement is very harsh and points the finger at the Foreign Ministry, which is headed by Minister Luigi Di Maio. Above all because among those children there are also dozens of under 18s abroad for study-holidays subsidized in part by the Italian State!

“First of all it must be said that Italy has not provided for shared protocols with the host countries in case of contagion, which has resulted in young people left to themselves” explains the president of the Covid-19 Home Care Committee Erich Grimaldi, “we therefore invited the ministry to urgently organize return flights, at least for minors, and then place them in any Covid Hotels without therefore endangering the health of the rest of their family members “.

Therefore, there are also children among the 500 young people who were trapped during their holidays abroad despite many of them having already been vaccinated: some with one and some with two doses. But the anti Covid-19 serums, as it is now known thanks to authoritative scientific research, in its many variants from the Delta to the Epsilon (widespread for now especially in California and in some countries of Northern Europe) do not protect from contagionand therefore from ‘ nightmare that opens up in the existence of those who are found positive for Sars-Cov-2 while abroad.

To complicate the matter is added the fact, now established by at least three scientific researches, that the PCR molecular swabs are almost unreliable (97%) and often detect “false positives”, which is why the Court of Appeal of Lisbon rejected the appeal of the Regional Authorities of the Azores of 4 German tourists who decided to violate the quarantine imposed on them in the hotel because one of them had tested positive.

For an almost unbelievable paradox, however, some of the boys “prisoners” of forced isolation are in Portugal. But certainly the most serious aspect denounced by the lawyer Grimaldi is inherent in the state of abandonment of young Italians denounced by some family members.

“The parents of some minors showed up yesterday at the Farnesina (headquarters of the Ministry of Foreign Affairs – ed) but were not welcomed or heard, the Government assumes its responsibilities and brings them home”, the Committee accuses in an official statement. Covid-19 Home Care. Even more disconcerting is the fact revealed by the president of the association in a short telephone interview.

“Some young people, like those in Malta, are abroad for study trips partially subsidized by INPS (National Social Security Institute – ed). When a public body contributes to these initiatives, the task of deciding whether or not to authorize the departure and to prepare protocols in case of contagion abroad would have fallen to the Ministry of Foreign Affairs – Grimaldi reproaches – Instead we were the ones who advanced the money. for the drugs necessary for an adequate treatment of the symptomatic as we are opposed to the use of the simple paracetamol which was provided by the Maltese authorities after days of controversy over who should assist the children. It is also absurd that the Ministry of Foreign Affairs invites those who leave to take out insurance because they are unable to pay for any expensive quarantines in hotels”.

“The testimonies that are reaching us in these hours are hallucinating, our network made up of doctors and health professionals, lawyers and volunteer journalists is supporting children from a distance, looking for volunteers on the spot and having them deliver the necessary therapy and drugs” says the spokesperson of the Valentina Rigano Committee.

This has already been successful for a group of 15 young people from Pescara stuck in a hotel in Corfu (Greece), after six of them tested positive for Covid. The very young, after taking the test, were visited in the hospital and sent to the Covid Hotel with the indication to take paracetamol as needed. This was announced by the Covid-19 Home Care Committee, contacted by the parents of three of the positive young people on the Greek island.

“Thanks to the group’s pharmacists and doctors, the useful drugs will soon be delivered to the hotel – explained the president Grimaldi – or supplements, anti-inflammatories, but above all thanks to the Greek professor Giannoulopoulos, who is part of our network, we are about to deliver antibiotics and other things for which the recipe was necessary”.

In addition to the 6 positives, 8 other young people from the same group are also housed in the same hotel, in fiduciary quarantine, while one of them is free as a Green Pass holder. It is not known if he was subjected to the swab but it is evident, with the infections spread also among the vaccinated for the variants, that the Green Pass assumes the value of a tool of coercion in the inoculation of serums more than a guarantee of health protection public and control the spread of the pandemic.

“We consider the return of minors as a priority, whose families have been anxious for several days now and who are experiencing the situation very badly, especially with regard to minors (over twenty) stuck in Malta, and for whom the Embassy explained to a parent that he does not have the necessary resources for support, which means, leaving aside the omitted or late taking charge of local institutions, that our country has not activated properly “writes the Committee.

“If Italy was not ready to support Italians abroad, it had to limit departures and avoid unnecessary anguish for the families of the children”, concluded Grimaldi, confirming that the availability of the Italian Embassy in Malta for this type of emergency is only one thousand euros a year!

“What is happening in these hours and the ability of the Committee to respond to a timely need, are the demonstration of a year of battle – said the spokeswoman Valentina Rigano – that of those who simply try to give a voice to those who take action, care and he succeeds”.

In fact, the lawyer Grimaldi led his organization Union for Cure, Rights and Freedoms (UCDL) and the Covid-19 Home Therapy Committee in the battle with which he challenged the guidelines of the Ministry of Health and the Italian Agency del Drug (AIFA) based only on the dangerous combination of “watchful waiting and paracetamol”which can hide – and therefore aggravate – the symptoms by causing inflammation from Covid-19 with often fatal pulmonary thromboembolism.

Thanks to the collaboration with medical experts from all over the world, Grimaldi has fought to obtain the recognition of home therapies (such as hydroxychlorichine associated with other drugs) within the guidelines. But after winning the first appeal to the TAR with a suspension that in fact authorized the effective free home care (pending the discussion on the merits of 20 July), the Minister of Health Roberto Speranza and AIFA appealed to the Council of State which restored the “watchful waiting and paracetamol” guidelines. Against which the Committee, after the updates of the guidelines in April, made another appeal under discussion at the beginning of August.

Covid: More than 500 Complaints on alleged Italian State’s Massacre due to the Ignored Therapies

A similar fight in defense of various home treatments, including preventive ones (based on nutrition, micronutrients and flavonoids such as Quercetin) and adjuvants of drug therapies (such as cortisone at the first symptoms, invermectin, hydroxychlorichine, vitamin D3 etc.) was initiated by biologist Franco Trinca and the lawyer Alessandro Fusillo who instead filed complaints for state massacre, for effective therapies ignored by the competent health authorities, at the Public Prosecutor’s Office of Rome, Rieti, Perugia, Bergamo, and Syracuse, followed by identical complaints forwarded by their 500 followers to the magistrates of other judicial offices.