by Vladimir Odintsov, …with New Eastern Outlook, Moscow, …and the Institute of Oriental Studies of the Russian Academy of Sciences, a research institution for the study of the countries and cultures of Asia and North Africa.

[ Editor’s Note: I have been curious for some years about Egypt’s friendliness with Russia not having triggered any blowback by the EU or the US. The talk of the nuclear cooperation has gone on for a long time, and I thought it had turned into a ‘Bigfoot’ story.

But alas the deal seems to be moving forward, and with no outcry by Israel that Egypt might soon have nuclear weapons or supply material to nefarious parties. Nuclear deals have long drawn out discussions, followed by the construction period.

No mention has been made on whether the Egypt plant will have on site pre processing capability, which gives nightmares to all those in the monitoring world, as that is where material can be siphoned off for ‘other uses’.

Israel would scream the loudest, despite its being the longest running nuclear threat in the region with its undeclared activity and weapons. VT readers know I am a mutually assured destruction guy, as it kept the peace (mostly) during the Cold War.

Odintsov has an update on it all below, with the expected Russian thoroughness, a result of its good education system where diplomas have not been watered down to ‘nothing burgers’ as long as you can foot the tuition, as in many other places.

The US was one of the worst, where back in the Bush days, even engineering certification exams were giving a 40% curve in test grading to a special minority group to insure that politically acceptable numbers could validate progress.… Jim W. Dean ] 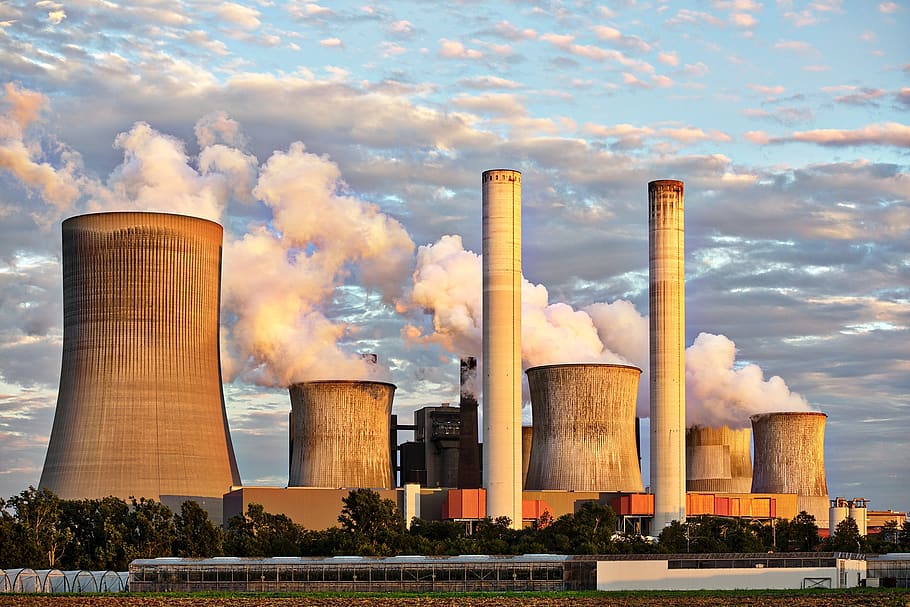 Despite many factors that have attempted to alter the balance of power in the Arab world, and the Middle East, in recent decades, including “color revolutions” imposed on the region from outside, Egypt remains an influential state, both in the Arab world and on the African continent.

Russian leadership aspires to reinforce the country’s diplomatic, economic, and military influence in the Arab world. Therefore, it is not surprising that Egypt remains one of Moscow’s footholds in the region.

According to Russian President Vladimir Putin, Egypt is a country with lots of potential that is making serious efforts on its own to expand the scope of its cooperation with Moscow in a wide range of areas: political, military technology, energy, trade, investment, and many others.

On June 18 at the Cairo Opera House, the Year of Humanitarian Cooperation between Egypt and Russia was launched with an official ceremony; the countries’ two presidents, Abdel Fattah Al-Sisi and Vladimir Putin, had agreed on this back during the Sochi summit in October 2018. About 200 events will be held in both countries; these are planned within the framework of the first themed year in the history of Russia and Egypt.

According to politicians in the two countries, this year has become a landmark one for bilateral relations: in January, the Agreement between the Russian Federation and the Arab Republic of Egypt on Comprehensive Partnership and Strategic Cooperation entered into force, and in April the presidents of the two countries, Abdel Fattah Al-Sisi and Vladimir Putin, agreed to resume flights from Russia to Egyptian resorts.

The El Dabaa Nuclear Power Plant project is undisputedly one of the most far-reaching plans that the Egyptian leadership has, and is being implemented using cutting-edge Russian technologies, stands on a par with the renowned construction project for the Aswan High Dam, which has been functioning reliably for many decades generating electricity for the country.

Successful cooperation within the framework of this project underscores the high level of these bilateral ties, and multilateral partnership and strategic cooperation.

Putting this construction in place will make a significant contribution to ensuring energy security for the Egyptian state, guarantee satisfaction of the country’s growing demand for electricity, and ensure the diversification of energy sources while preserving the environment.

El Dabaa Nuclear Power Plant is slated to become the first Egyptian nuclear power plant. Its construction is planned in the northern part of Egypt, 130 kilometers from the country’s capital, Cairo, on the shores of the Mediterranean Sea near Alexandria.

The cost of the project is about $30 billion, and $25 billion of that will be allocated by the Russian side in the form of a loan for a period of 13 years at 3% per annum, with payments supposed to begin in October 2029. The Egyptian side is supposed to bear the remaining expenses by attracting private investors. The project is intended to be realized over 12 years.

This construction will ensure competitive electricity prices in Egypt for at least 60 years. Commissioning the 1st NPP power generation unit is slated for 2026. The main distinguishing feature of the El-Dabaa NPP is that power generation units with high capacities will be combined with seawater desalination machines. Along with that, the NPP will facilitate the reduction of greenhouse gases in Egypt, and help it achieve its goals under the Paris Agreement on climate change mitigation.

In accordance with the contracts that have been signed, Rosatom will deliver Russian nuclear fuel throughout the power plant’s entire operational lifetime.

In addition, Rosatom will train the personnel and provide support for operations and maintenance work at the El Dabaa NPP during the first 10 years of plant operations. In the bounds of another agreement, the Russian side will build a special storage facility and supply containers to store spent nuclear fuel (SNF).

Rosatom will also assist its Egyptian partners in developing nuclear infrastructure, provide support for training local personnel, and increase the level of public acceptance for nuclear energy. Training future workers at the NPP will take place both in Russia and Egypt, by virtue of which hundreds of students will be sent to Russia over the next few years for training in specialties in the atomic energy industry.

According to Rosatom’s estimates, the value added to the Arab Republic of Egypt’s GDP from implementing the project will amount to about $4 billion a year while building the El Dabaa NPP alone.

Scores of Egyptian companies will be involved in building the El Dabaa NPP. During the construction of the station’s 1st power generation unit, the level of localization will be at least 20%, and when subsequent units are constructed this figure will increase.

At the peak of construction work, the total number of construction and installation personnel will be about 25,000 people, including more than 11,000 skilled workers. On top of that, 70% of the workers during construction will be drawn from among Egypt’s local population.

“The NPP is a huge infrastructure project whose implementation is stimulating development in various sectors of the economy, and making a significant contribution to the country’s budget. The NPP is one of the most important sources of employment, and drivers for sustainable development, both in the region where it is built and operated and in the country as a whole,” he summed up.

In the nuclear power industry there is a certain integrated economic indicator called the cost of a million megawatts of installed capacity. Naturally, that is not something that can be called universal, since geological and climatic conditions are important for any nuclear power plant, and different amounts of money are spent on infrastructure, but it still gives a general idea of the cost of a project.

For the Egyptians, with the construction of the El Dabaa NPP one megawatt will cost $6,200, while for the British it will cost $8,125, not counting the interest on the loan.

In addition to that difference of 30%, Egypt also receives one more important advantage: Rosatom is taking over the training of personnel who will work at the plant, several thousand highly qualified specialists, and give them internships at operating nuclear power plants – and this costs a great deal, both literally and figuratively.

With the construction of the El Dabaa NPP, Egypt also receives one more benefit – and one which is very difficult to assess in terms of money. The area where the NPP is being built, Matruh, is perhaps the most sparsely populated part of the country in terms of its population density: There are 322,000 people on 166,000 square kilometers, with a total population of 100 million people concentrated along the riverbed of the great Nile.

Housing construction has already begun in El Dabaa, the first 350 students sat down behind their desks at a newly built school, the local hospital is being expanded several times in area and upgraded, and roads are being laid down.

Taking into account the fact that the coast of the Mediterranean Sea is only three kilometers from El Dabaa, the reaction of representatives from the tourism industry becomes understandable: as of today, 46 investment projects have already been submitted for consideration to be implemented.

Matruh is being transformed into the safest, newest resort in Egypt, and even has its own airport – this is what Egypt can get in the near future as a result of actively developing its cooperation with Russia and building the nuclear power plant.

The construction of El Dabaa NPP by Rosatom is definitely a record-setting deal in the history of the global nuclear power industry. It is also the largest agreement to export something that is not natural resources in Russia’s entire history.

Moscow offered its Egyptian partners a unique, comprehensive agreement that covers the entire life cycle of the nuclear power plant, meaning 70-80 years. Rosatom is the only company in the world today that is capable of providing its customers with a full range of services in the area of peaceful nuclear energy.

Developing Egyptian nuclear power is also important for the Russian economy: dozens of Rosatom organizations will receive a significant quantity of orders, as well as the opportunity to validate the advantages held by Russian nuclear technologies before the world community.