[ Update: This story is flying around the world, and carried by much of the major media. I cannot remember an Israeli spying story getting this much attention before, despite the sensitivity with which all worldwide media has usually treated all Zionist offensive intel stories, other than attacks on Iran.

Why now? It seems the common threat emerging is the hacking into the media rooms and reporters that has become routine, hard wired via their phones. In fairness to Israel, I would suggest that it is not alone in monitoring journalists, not by any means.

The reasons are the obvious ones. Let the news gumshoes be the media chumps that do the heavy work of digging up the information, where the ‘official or unofficial’ authorities can just steal it at will. And besides, who is going to do anything about it, should they be exposed?

No one anywhere has an entitlement to privacy anymore. This would include all the political people on the planet, a large number of whom are security risks themselves and are closely watched.

So that leaves us with ‘who is watching the watchers’? Would anyone tell us if they knew? Can anyone remember a prosecution for hacking an journalist? … JD ]

[ Editor’s Note: If any computer software is presented as a tool against bad actors only, you can be assured it is a charade. To accept such a guarantee from any entity known for having a long history of broken promises is incompetence to the level of aiding and abetting its abuse. ‘Thy name is Israel, sayeth the horde’.

For anything to do with real ‘monitoring’ of Internet abuse, it would have to have full time monitoring inside all the facilities engaged, access to code information to ferret out back doors in the product, and the ability to give lie detector tests to key personnel on a regular basis to verify that they are complying with the agreement.

If anyone thinks this is a naive idea, I would remind them there is an old saying in certain lines of security work, ‘Trust no one’. This was not invented by mean people, but experienced practical ones.

VT considers itself a member of that group, as we have been on the short end of the ‘monitoring stick’ a number of times, the most celebrated being our catching the Army Cyberwarfare command hacking us.

Our punishment for that was not public, but was done semi-privately at a wedding on the Ft. Huachucha base, where the commander was asked in front of officer witnesses ‘why was the cyber command hacking VT’? He gave no answer but left the event immediately.

I would pose that not even an attempt was made to do any Pegasus monitoring for the dangers it carried for ferreting out ‘insider abuse’ of the software.

Congress has shown zero interest in watching the watchers due to not wanting to kiss off campaign donation support from the major entities involved. If anyone has ever seen any real political support for reform in this area, please let me know in the comments… Jim W. Dean ] 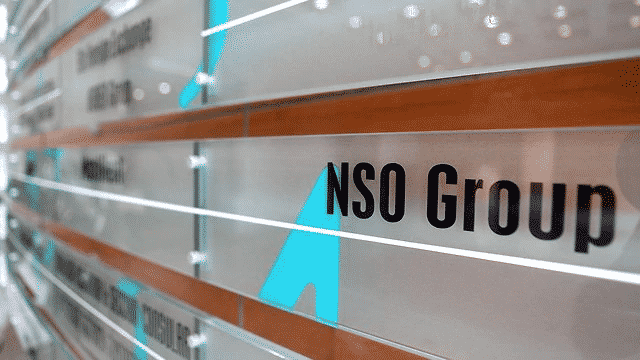 Military-grade spyware licensed by an Israeli firm to governments for tracking terrorists and criminals was used in attempted and successful hacks of 37 smartphones belonging to journalists, human rights activists, and business executives.

It also included two women close to murdered Saudi journalist Jamal Khashoggi, according to an investigation by The Washington Post and 16 media partners.

The phones appeared on a list of more than 50,000 numbers that are concentrated in countries known to engage in surveillance of their citizens and also known to have been clients of the Israeli firm, NSO Group, a worldwide leader in the growing and largely unregulated private spyware industry, the investigation found.

The list does not identify who put the numbers on it, or why, and it is unknown how many of the phones were targeted or surveilled. But forensic analysis of the 37 smartphones shows that many display a tight correlation between time stamps associated with a number on the list and the initiation of surveillance, in some cases as brief as a few seconds.

You can read the full article as WaPo here.