The United States and Canada have a long history of separating indigenous children from their parents and putting them in state-run boarding schools supposedly to prepare them to be assimilated into society, but the real intent behind the centuries-old colonial program has been to destroy the native tribes and steal their land, says a Native American historian and journalist.

“And if the tribe isn’t strong, they’re not going to resist against any kind of, you know, attacks on the land, and that was the clear intent,” added Estes, who is also a host of The Red Nation Podcast and the author of Our History Is the Future: Standing Rock Versus the Dakota Access Pipeline, and the Long Tradition of Indigenous Resistance.

He said that calling those indigenous residential institutes that were paid by the US and Canadian authorities to cut children off from their families and their culture “schools” would be a misnomer.

“School is a misnomer. It is not the correct definition because these weren’t schools. Children didn’t go here and get educations which they could apply them to the realities that they faced at home on reservations. The skills they learned were almost useless,” he said, adding, “They were drilled with military discipline and taught flag worship to a point that around the time that the United States had entered WWI, the enlist rate of Native people was far beyond that of the average US citizens.”

A series of mass graves have been discovered in Canada at various Indigenous Residential Schools, containing the remains of over 1600 indigenous children. These children were sent to residential schools in Canada as part of a program to cut them off from their Native cultures, families, languages, and heritage, and to indoctrinate them with Western, colonial upbringing.

A series of mass graves have been discovered in Canada at various so-called indigenous boarding schools, containing the remains of over 1600 indigenous children.

The separation of Native children from their families was a brutal program to cut them off from their Native cultures, families, languages, and heritage, and to indoctrinate them with White colonial system.

Historians and journalists who have researched and documented these systems found out that these boarding schools were regarded as a “prey-ground” for predatory priests and other officials who would terrorize the Native children as they bathed or slept, permanently breaking and damaging their body and soul to fulfill their beastly desires.

Estes, who is himself a citizen of the Lower Brule Sioux Tribe and also an Assistant Professor in the American Studies Department at the University of New Mexico, said the sad event of discovering the mass graves of the Native children at these boarding schools in Canada was to be expected.

He said, however, that the Canadian government has yet to unveil the full scope of this tragedy, given the large number of children who were going through those systems for a long span of time.

“It is Indian child removal, taking the children from their families, and placing them in White institutions,” he said, adding, “Whether it is run by the Church, the federal government, or a private home, if we think about it in terms of child removal, the scope of it spans several centuries.”

He said the Canadian government had in the past launched “a truth and reconciliation” commission to discover and reveal the wrongdoing of the government, but it failed to find the ratio between the Native population and the number of Native children who died.

The journalist noted that as early as the 1800s, churches were being paid to basically take Native children from their families to give them schooling and “civilize” them.

He pointed out that the tribes have always been very resistant, not selling their lands to the government and the white settlers.

“The United States policymakers that backed boarding schools called the children hostages for ‘the good behavior’ of their parents. And if children weren’t sent to boarding schools, parents were withheld rations, they were withheld any kind of support that they would have gotten from the federal government,” he said.

Estes said the government system of separating the Native children from their parents continued to the present day.

“Native children are overrepresented in the foster care system. Because Native families are considered, you know, inept at taking care of their own children,” he said.

In the meantime, Native families have been denied access to adequate employment, decent homes, or just the basic necessities to have a safe, clean home for their children, the journalist noted. 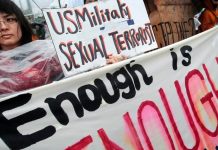 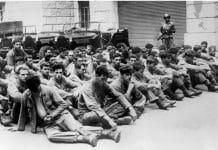 Road to Empire – POWs and Total War in Korea 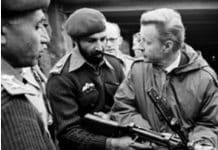