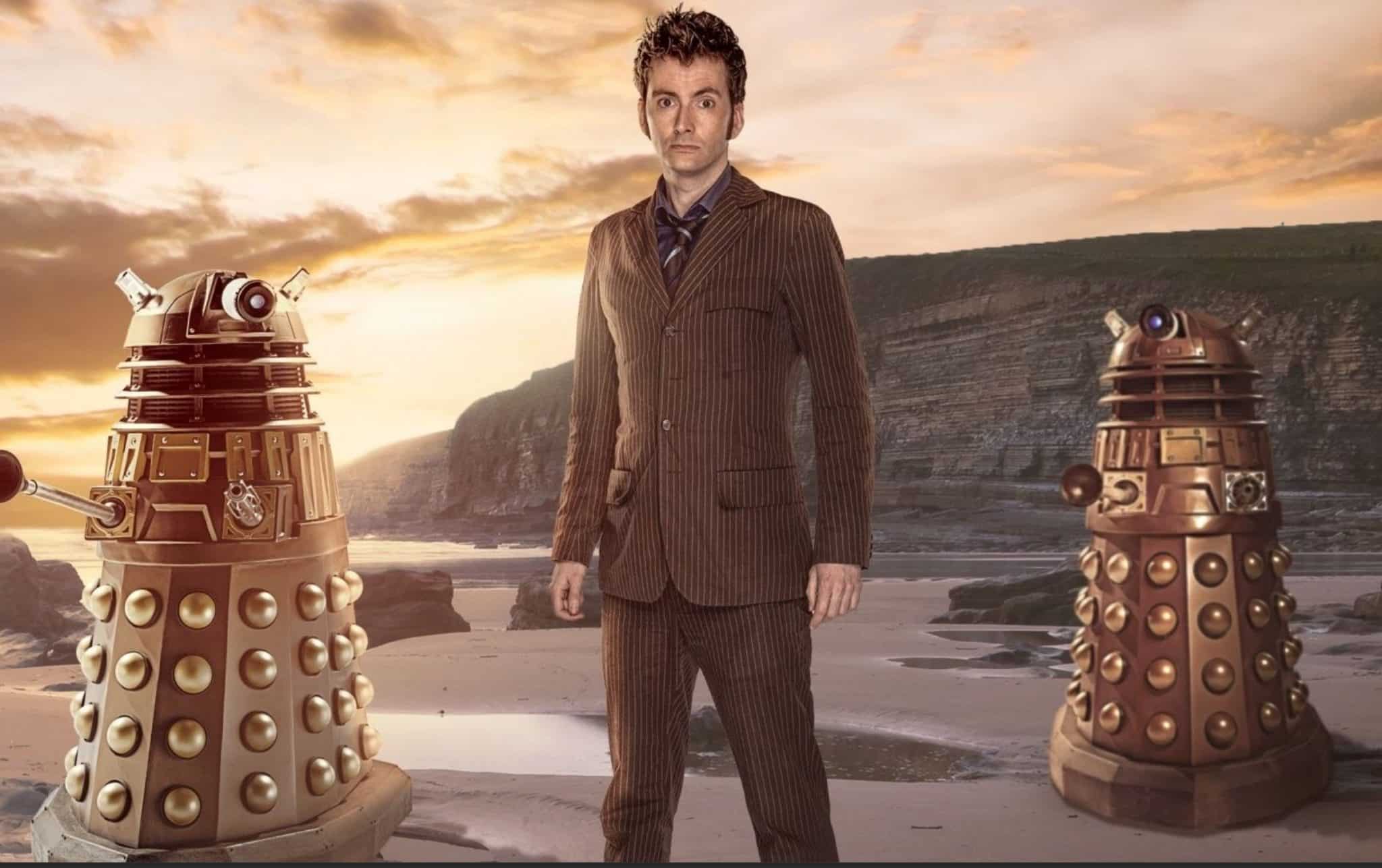 …by Kit Klarenberg, an investigative journalist exploring the role of intelligence services in shaping politics and perceptions. Follow him on Twitter @KitKlarenberg

A newly released raft of government papers has revealed the British Broadcasting Corporation’s extensive involvement in spreading pro-London, pro-EU, and pro-NATO messaging across the Balkans.
–

In February, classified documents revealed that BBC Media Action (BBCMA), the ‘charitable arm’ of the British state broadcaster, was embroiled in a number of clandestine operations to “weaken the Russian state’s influence,” funded by the UK Foreign Office.

The exposure raised serious questions about the BBC’s international reputation as a ‘neutral’, ‘objective’ purveyor of news, and what implications its murky relationship with Whitehall has for its output more widely.

A further tranche of leaked files, related to covert UK actions in the Balkans, amply reinforces that the organization serves as a cloak-and-dagger device for achieving London’s foreign policy goals.

The papers indicate that BBCMA has been operating across the region since 1996, conducting a wide variety of “media capacity-building, reform and change management” projects. Cited examples of its initiatives include “reforming [the] institutional structures” of Montenegro’s state broadcaster RTCG, working with Macedonian media to “effectively cover elections” and act as a “watchdog,” and supporting the development of Bosnia and Herzegovina’s Public Broadcasting System.

Details of BBCMA’s extensive meddling in Serbia greatly reinforces the overtly political nature of its Balkan ventures. From 2007 to 2017 alone, it delivered “four large-scale projects” in the country, such as “a challenging undertaking” with Radio Television Serbia (RTS) over the course of two years “to assist in its transition from state to public service broadcaster,” and working to “professionalise” five local radio stations “to develop their capacity to hold local government to account.”

The organization also delivered a huge three-year project for the European Union, which “strengthened media capacities for improving objective public information about all aspects of EU integration” ­– in other words, it assisted in the production of pro-Brussels propaganda. Vital work indeed, considering Serbian citizens remain by far the most skeptical about bloc membership.

Under the program’s auspices, BBCMA distributed a two-million-euro grant to 25 Serbian media platforms, and helped produce a staggering 174 separate TV programs, including the 15-part RTS series ‘What’s in It for Me?’ – which averaged 500,000 viewers per episode and won a national award for best EU-related documentary – and human trafficking docudrama ‘Sisters’, which was shown at the United Nations and won “numerous” awards.

Other files explicitly confirm that there is little meaningful distinction between the BBC and its charitable arm. In service of a Foreign Office effort to counteract allegedly falling levels of independence in Macedonian and Serbian media, which ran from November 2016 to March 2019, BBCMA created “a pool of local media professionals with the skills, knowledge and willingness to ensure digital media plays an effective role in fostering debate and accountability.”

Beneficiaries were said to have benefited from the British state broadcaster’s “wealth of experience and talent in creating quality journalism and compelling programmes,” with BBC journalists embedded in the organizations for which they worked in order to provide “mentoring/on-the job training, production support and co-production.” They were also granted access to the BBC Digital Lab, BBC studios, and BBC Blue Room.

The organization asserted in its Whitehall submissions that it considered the production of content to be a fantastic opportunity to “have [an] impact with Serbian and Macedonian audiences.” The consequences of its machinations aren’t certain, although it could be significant that one veteran BBC journalist assigned to the project was in charge of “masterminding” coverage of UK elections during their many years at the Beeb.

While the first round of the election produced a virtual tie, precipitating a runoff, Pendaraovski was comfortably elected in the second. What’s more, previously leaked files make abundantly clear that the Foreign Office sought to interfere directly in the process in other ways.

That the UK government is engaged in multiple cloak-and-dagger initiatives to influence politics and perceptions in the Balkans is sinister enough, without even considering the covert and overt role played by London in the blood-spattered breakup of Yugoslavia, the non-aligned, independent republic that once comprised most of the region. Given this history, BBCMA’s restructuring of RTS is rendered particularly disquieting.

On April 23, 1999, in the midst of the West’s protracted bombing campaign against Serbia, RTS’ headquarters in Belgrade, along with several radio and electrical installations throughout the country, were targeted for destruction by NATO missiles. In all, 16 journalists were killed in the strike and 16 more wounded, with many trapped in the rubble for days afterward.

In the face of significant international condemnation, high-ranking US and UK officials rushed to declare the bombing entirely justified. Then-Prime Minister Tony Blair defended it on the basis the station was part of “the apparatus of dictatorship and power” of Yugoslav President Slobodan Milosevic.

“The responsibility for every single part of this action lies with the man who has engaged in this policy of ethnic cleansing and must be stopped,” he added.

Of course, the International Criminal Tribunal for the former Yugoslavia (ICTY), a UN body established to prosecute crimes committed during the Yugoslav wars and their perpetrators, would eventually conclude Yugoslav troops had not in fact pursued a policy of ethnic cleansing, and Milosevic, who died in a UN prison in 2006, was posthumously exonerated of all charges.

The ICTY also considered whether the RTS bombing constituted a war crime, ultimately ruling that while its pro-government transmissions didn’t make the station a military target, as the action aimed to disrupt the state’s communications network, it was still legitimate.

Amnesty International branded the tribunal’s findings a miscarriage of justice, and contradictorily too, the judgment quoted NATO General Wesley Clark, who oversaw the overall campaign, as saying it was well-understood that the attack would only interrupt RTS broadcasts for a brief period, but “we thought it was a good move to strike it and the political leadership agreed with us.” In the event, it was off the air for a mere three hours.

Another motive for the hideous incident unexplored by the ICTY could well be that the station’s reporting on NATO’s almost-daily attacks on civilian and industrial infrastructure in Serbia was overly problematic for the military alliance, given its intervention was sold on humanitarian grounds. Nine days prior to the RTS bombing, as many as 85 innocent civilians were killed when NATO jets bombed a Kosovan refugee convoy.

While spokespeople initially claimed the tragedy was an “accident”, RTS subsequently broadcast a chilling recording of the pilot who delivered the deadly payload being repeatedly ordered to strike the convoy on the basis it was a “completely legitimate” target, despite them protesting that they couldn’t see any tanks or military hardware on the ground, just cars and tractors. If truth is the first casualty of war, purveyors of truth are surely the second.

With the troublesome socialist federation of Yugoslavia now irrevocably smashed into pieces, Whitehall needn’t threaten the use of military force to compel Balkan media outlets to transmit pro-Western propaganda.

It simply dispatches BBC staffers to their offices, under the bogus aegis of promoting media diversity, free expression, democracy, civic participation, and fostering debate, to ensure they remain “acceptable” instruments of public information.

In a perverse irony, though, the ICTY did record that NATO had warned Yugoslav authorities weeks prior that RTS may be caught in the crossfire, unless it acquiesced to broadcasting six hours of uncensored Western media reports per day to balance its coverage, thus making it an “acceptable instrument of public information.”