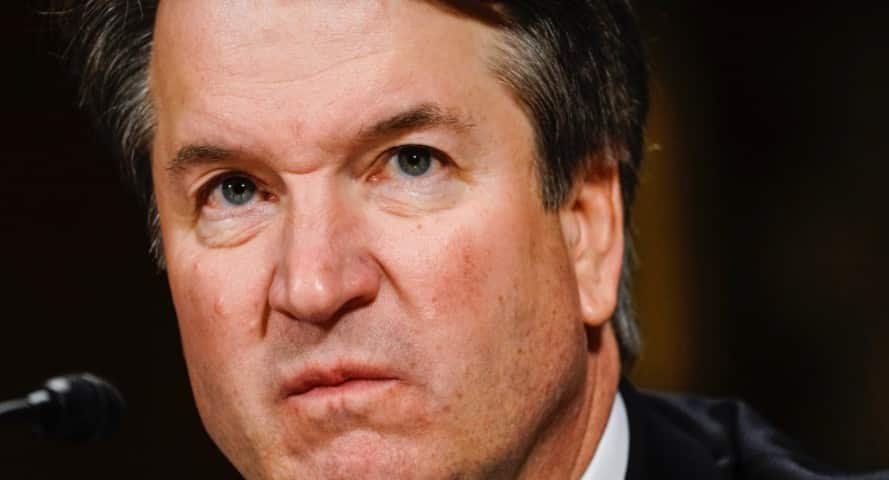 Seven top Democratic Senators are criticizing the FBI and Director Chris Wray after recently learning how the Bureau handled its 2018 special investigation of Brett Kavanaugh, then President Donald Trump’s nominee for the U.S. Supreme Court.

I was going to do a thread about Brett Kavanaugh, but I'm so sick of this spoiled jerk & his brazen, overt corruption that I just can't.

Start reading here. There are five parts. It's nauseatingly awful, even worse than you remember.#WhoOwnsKavanaughhttps://t.co/k4URZ2wPBm

Senator Sheldon Whitehouse (D-RI) says in a statement, “the FBI gathered over 4,500 tips in relation to the investigation without any apparent further action by FBI investigators. The Bureau also confirmed that tips from the tip line were instead provided to the Trump White House Counsel’s office, where their fate is unknown.”

Kavanaugh’s nomination was almost derailed after he was accused of sexual assault by Christine Blasey Ford during their high school years. Two other women have also accused Kavanaugh of sexual misconduct. The 2018 FBI investigation was prompted by Ford’s accusations.

Knew it!
"the most “relevant” of the 4,500 tips the agency received during an investigation into Mr. Kavanaugh’s past were referred to White House lawyers in the Trump administration, whose handling of them remains unclear." https://t.co/lCPMXraxPD

According to Senator Whitehouse, the FBI declined to say if it actually investigated any of the 4500 tips it received on Kavanaugh. It also never opened a criminal investigation because the inquiry was a background check, The New York Times adds.

“The FBI apparently pursued none of these tips,” Whitehouse says in his Thursday press release. “Instead, by the FBI’s own account, it merely ‘provided all relevant tips’ to Trump’s Office of White House Counsel, the very office that had constrained and directed the limited investigation.”

Whitehouse blasted Wray and the FBI:

“So when Wray said they followed procedures, he meant the ‘procedure’ of doing whatever Trump White House Counsel told them to do. That’s misleading as hell,” Whitehouse said.  read more…