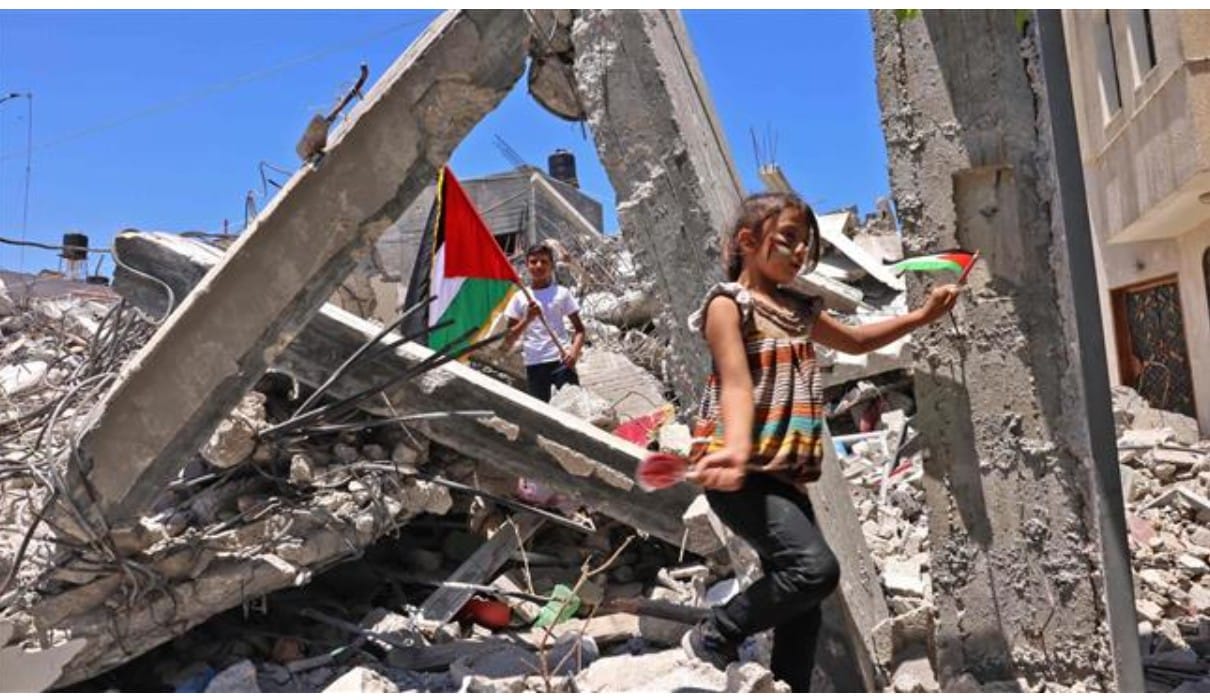 Former United Nations human rights chief Navi Pillay will head an international commission of inquiry into war crimes committed by the Israeli regime against impoverished Palestinians in the Gaza Strip during its latest onslaught on the besieged coastal enclave in May.

Press TV: The Human Rights Council said in a statement on Thursday that Pillay, a former South African judge who served as UN High Commissioner for Human Rights between 2008 and 2014, will lead a three-person commission of inquiry (COI) to investigate “all alleged violations of international humanitarian law and all alleged violations and abuses of international human rights law” in the occupied Palestinian territories, including East al-Quds.

It will look into “all underlying root causes of recurrent tensions, instability and protraction of conflict, including systematic discrimination and repression based on national, ethnic, racial or religious identity.”

Hamas: Israel’s Gaza attacks will not stop our people’s struggle for their rights

Hamas says Israel’s attacks against the besieged Gaza Strip would not stop Palestinians’ struggle for their rights.

They are set to travel to the region to meet witnesses and victims.

They will be backed up by a secretariat, including professional investigators and legal analysts.

The commissioners have been asked to try to identify those responsible “with a view to ensuring that perpetrators of violations are held accountable.” They are due to present their first report in June 2022.

The resolution was presented by Pakistan on behalf of the Organization of Islamic Cooperation. It passed with 24 of the Human Rights Council’s 47 members in favor.

An investigation shows that Israel’s bloody war on a Gaza neighborhood can easily lead to catastrophe.

The council agreed in late May to open the investigation with a broad mandate to cover Israeli crimes not just in the Gaza Strip, but also in the Israeli-occupied West Bank.

Michelle Bachelet, the UN High Commissioner for Human Rights, told the council at the time that deadly Israeli strikes on Gaza might constitute war crimes.

At least 260 Palestinians, including 66 children, were killed in the Israeli bombardment of the Gaza Strip in 11 days of the war that began on May 10. Israel’s airstrikes also brought widespread devastation to the already impoverished territory.

The Gaza-based resistance movements responded by launching over 4,000 rockets into the occupied territories, some reaching as far as Tel Aviv and even Haifa and Nazareth to the north.

A senior official in the Gaza Strip says the besieged enclave suffered $479 million in losses during the latest Israeli aggression.

The Israeli regime was eventually forced to announce a ceasefire, brokered by Egypt, which came into force in the early hours of May 21.

Meanwhile, Israel on Thursday reiterated its rejection of the probe.

The Israeli permanent mission to the UN in Geneva alleged that the COI was created during a “flawed and biased” council session convened “with the sole intent of attacking Israel.”

Israel therefore “cannot and will not cooperate with such an investigation,” it said in a statement.