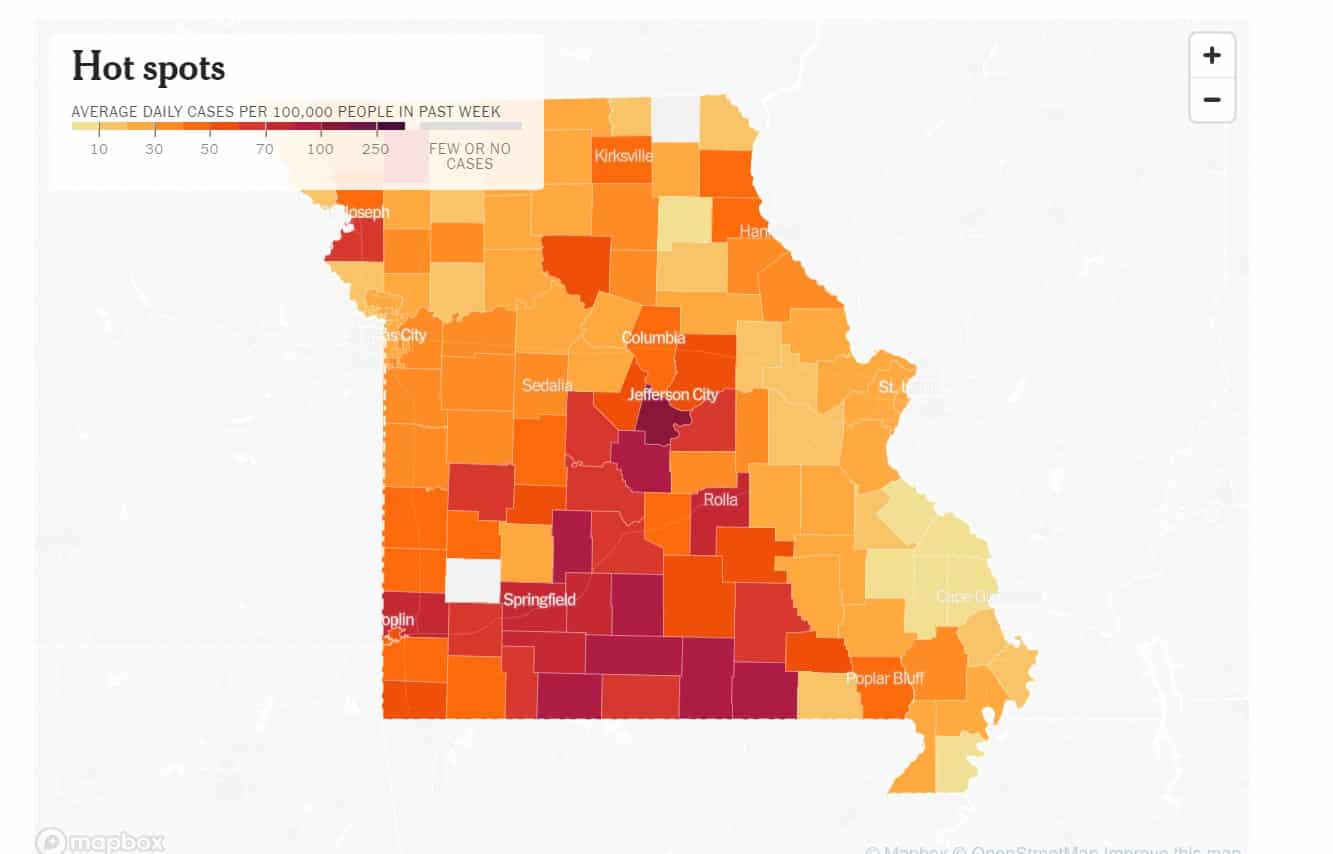 VT has been working directly, though Swiss, Canadian and Israeli partnerships, to provide vaccines and real antiviral treatments to nations in Africa, the Middle East and South America.  That partnership has multiple vaccine distribution agreements and full manufacturing rights and includes real world top scientists.

If COVID isn’t stopped, worldwide, the next variant may well wipe this planet clean.

We decided to do the work, not sit and bitch about it or even argue with the chronically and suicidality stupid.

But this also gives us the kind of muscle we have in intelligence analysis, in nuclear weapons reporting and other key areas where only VT gets anything right.  VT has, from day one, been totally right about COVID, about vaccines and we continually republish our first articles as they have stood the test of time.

Nobody else can do that…no one.

Missouri underreports COVID hospitalizations.  VT can check, do the counties and add the numbers, which are 40 percent higher than reported to Johns Hopkins/NYTimes and the CDC.  Many red states are underreporting COVID.  Let’s talk the real impact of vaccine “hesitancy” and just little backward Missouri.

Real hospital numbers, non-ICU beds runs around 2000 COVID patients.  Of those, probably a full third will migrate to ICU and to very very probable death.

Missouri admits to having only half that number.  They are lying.

ICU’s are holding around 700 COVID patients.  We strongly suspect none will survive.

We also “strongly suspect” about 60% are Delta variant. 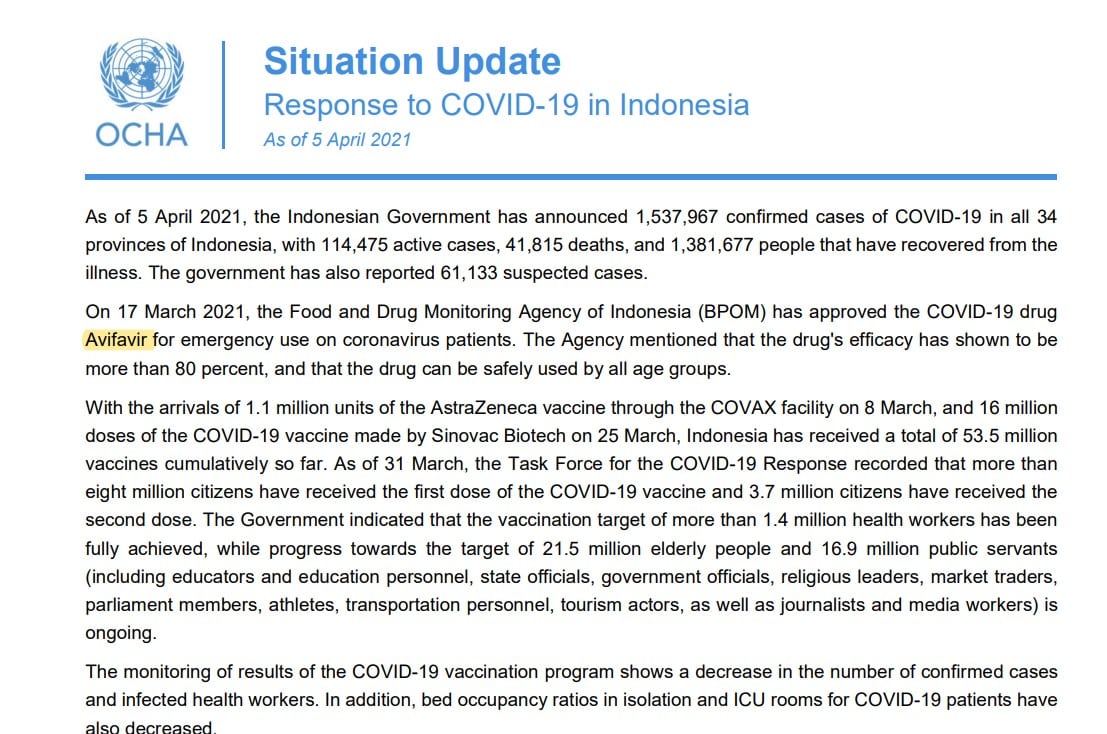 Real figures on how many vaccinated test positive and how sick they get is withheld but we are surmising that those who test positive, even if old as hell, get better quickly.  We might add that new antivirals are available that are being withheld for political reasons and none of this is reported by the left or right or any American press, no fake journals, no “David Martin” or anyone else.

In order to scare people into sanity, “scare them straight” as it were, it would be nice if real figures on COVID weren’t withheld to protect the public from panic.

You see…over the past year, treatments for COVID patients have changed and we have some serious suspicions that many patients, based on “medical experience” are being written off as “walking dead” the moment they show up in the hospital.

In other cases, the poor, blacks, Hispanics and others are denied a level of care, not everywhere but in many hospitals, (I am not saying Cleveland Clinic), where those in charge are from cultures that devalue based on “caste” and other often racist and elitist considerations.

Reports on this are totally censored but we get them and know this is a huge problem with COVID and everything else.

You see, COVID has destroyed many things in America.  50 million “workers” seem to have disappeared….we could empty half of Africa into the US (it seems almost) just to get enough workers to fill the million of empty jobs.  Here in Michigan we have soaring unemployment claims and up to 250,000 unfilled jobs.

Are these people really on unemployment?  Why doesn’t the government force them to work, after all it can?  Where did all the workers go?

Oh…and this…slave labor wages in all but the most backward red states is over.

So, let’s get back to Missouri and the real impact of just one state with a poor record on vaccinations and civility as well. (but some great fishing and BBQ)

Of those sick now, CNN says only 97% of those entering hospitals are unvaccinated.

The difference in prognoses between those vaccinated and those who are not is also growing apparent. More than 97% of people who are entering hospitals for Covid-19 treatment are unvaccinated, CDC Director Dr. Rochelle Walensky said at a White House briefing last week.

“There is a clear message that is coming through. This is becoming a pandemic of the unvaccinated,” Walensky said.

Driven in large part by the Delta variant that is believed to be more transmissible and dangerous, 48 states are showing a seven-day average of new cases at least 10% higher than the week before, according to data from Johns Hopkins University.

Let’s look at analogies.  The plane crash one is always best as it usually involves 100 dead, a number newspapers find attractive for readership.

We have up to 700 currently dying in Missouri, 7 planes coming down right now.  We have another up to 2000 sick and hospitalized with up to 250 of those possibly going to die, and the number we use is simple guesswork.  Real figures are hidden from the public.

What if 10 planes crashed in a month?

OK, try this one:

Let’s say the airlines announced that certain flights were going to crash.  Would you buy a ticket?