And since YouTube missed the opening man-bites-dog story, here it is: “This week we’ll begin with local news. A Russian immigrant named Yuri Lee Pismiov has been sentenced to anger management classes after he bit a police dog. The dog, who is undergoing a round of rabies shots, is expected to fully recover.”

On today’s False Flag Weekly News, E. Michael Jones asked: “Since America once had an anti-Masonic Party, why not start an Anti-Jewish Party?” I responded by nominating “E-Mike” as its first presidential candidate. He said if nominated he would accept, and if elected he would serve.

So if E. Michael Jones becomes America’s third Catholic president, and its first officially Anti-Jewish president, it will be all my fault.

I quickly pointed out that I’m actually not too thrilled about the “Anti-Jewish” concept. I agree with the wag who said Jews are just like everybody else only more so. What’s the point of an “Anti-Everybody-Else-Only-More-So” party?

So E. Mike nominated me to run for president on the Anti-Oligarch Party ticket. I’ll need to draft a strong platform to have a chance of beating Dr. Jones and his Anti-Jewish Party!

E. Michael Jones has a big following, especially among young Catholics. He’s a very sharp, erudite guy with a…well, I was going to say a “nose for politics” but actually it’s the other party, the Pro-Jewish-Party (Democrats, Republicans, and all the others) that has that.

He’ll be a tough opponent. And his platform has deeply-rooted appeal. Very large numbers of people have been annoyed by Jews for centuries if not millennia…whereas according to a scientific survey I just conducted in the nearest Wal-Mart, seven out of eight Americans don’t even know what the word “oligarch” means.

We have our educational work cut out for us. It’s going to be a tough race. It will undoubtedly go down to the wire. Whether America’s next president is E. Michael Jones or yours truly will be decided by the thinnest possible tranche, probably the neurotic voters in swing states with Facebook accounts, the people who allegedly elected Trump in 2016 and Biden in 2020.

Maybe I can turn the movement to send Bezos into outer space—permanently—into a political ad touting “a final solution to the oligarch problem.” The soundtrack will borrow from David Bowie’s “Space Oddity”:

Meanwhile, I guess I’d better start surveying the electorate. Which party would YOU rather see in power—the Anti-Jewish Party or the Anti-Oligarch Party—and why? 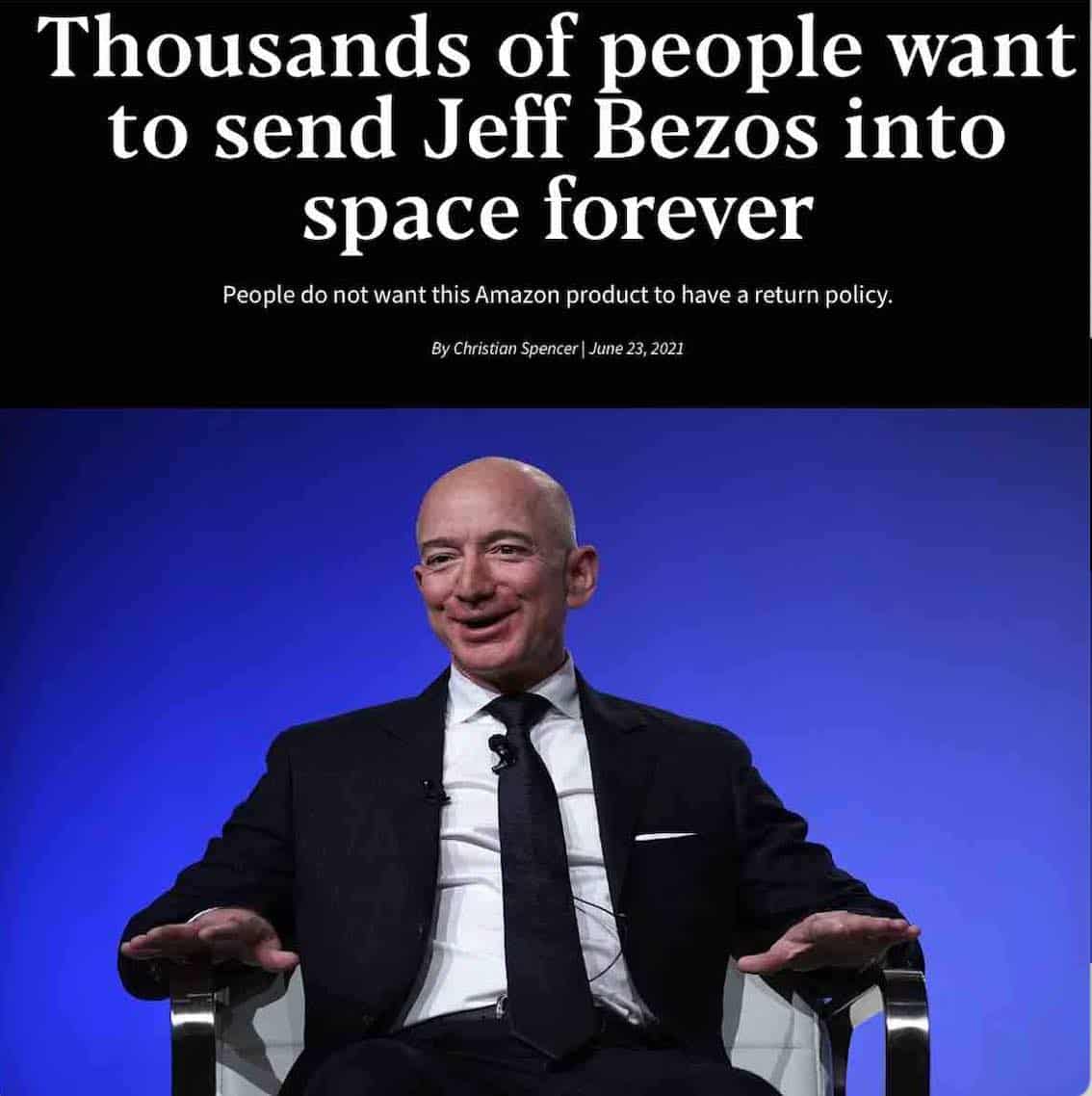