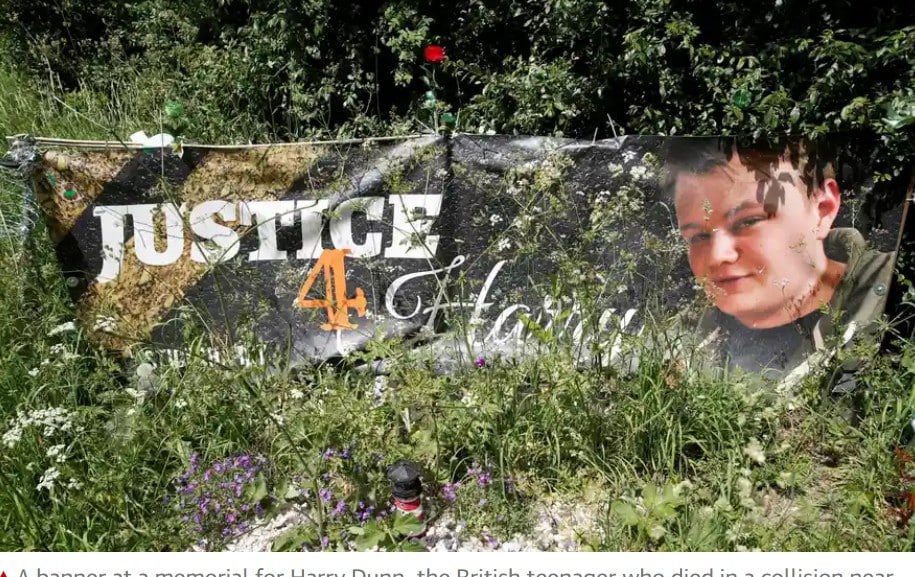 Guardian: The US government has requested that the country’s civil courts prevent the disclosure of the employment details of Harry Dunn’s alleged killer in the interests of “national security”.

The 19-year-old’s parents, Charlotte Charles and Tim Dunn, lodged a claim against Anne Sacoolas and her husband after the teenager’s death in a road crash outside a US military base in Northamptonshire two years ago.

Sacoolas, 43, who had been driving on the wrong side of the road, claimed diplomatic immunity due to her husband’s employment at the base and returned to the US about three weeks later. She was charged with causing the teenager’s death by dangerous driving, but a Home Office extradition request was rejected by the US state department in January last year.

Earlier this year, Sacoolas’s claim to immunity was thrown into question after it emerged she had been employed by a US intelligence agency at the time of the crash. When it first accepted her departure from the UK, the British government argued the family of US staff employed at the RAF Croughton base enjoyed full diplomatic immunity.  read more…