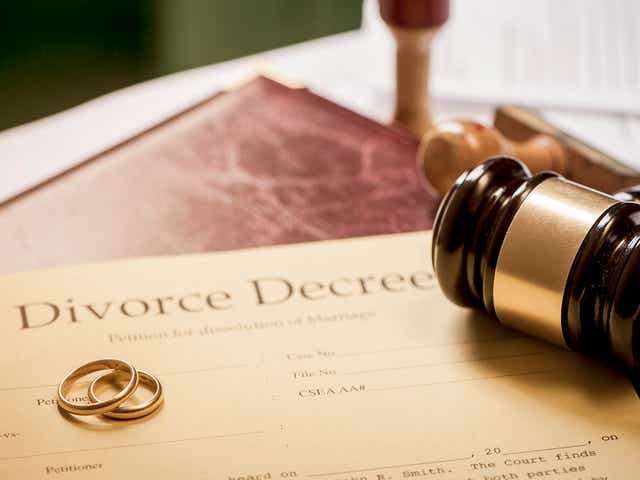 Divorce proceedings are one of those unpleasant legal phenomena that civilians and military personnel often have to deal with. The official statistics of divorces in the United States are disappointing, and in this regard, finding the most efficient path through such a situation is important even for the military spouses, who are used to being a model of resilience and endurance.

Military divorce where one or both spouses are active duty military staff, national guard, or reservists has a number of significant distinctive features compared to civil divorce cases. Such legal matters often require some additional steps to finalize. [Text Wrapping Break][Text Wrapping Break]Most American states have specific laws and policies that only pertain to military divorces, and New Mexico is no exception. It is important for parties to a divorce process who are military personnel in New Mexico to understand the procedures and know what to pay attention to when filing for a divorce.

One of the main distinguishing features of the military divorce in New Mexico, in contrast to the civil divorce form, is the special status of the parties to the divorce proceedings. In such legal circumstances, members of the armed forces may enjoy special protection under state divorce and family law.

Generally, the law protects a respondent spouse in any civil case who is or will soon be on active military duty. This includes reservists and National Guard members on active duty. The court can postpone getting a divorce or suspend hearings until the service member can take part. The law aims to allow service members to give full attention to their duties, limiting the court’s ability to make orders permanently, adversely affecting the service member’s rights.

Military Divorce Requirements: What to Pay Attention to in New Mexico?

Both state and federal laws govern any official case of military divorce proceedings in New Mexico. For example, federal laws may affect where divorcing couples end up in court or how military pensions, retirement pay, or other types of charges are divided. In contrast, state laws may affect how alimony and child or spousal support may be issued.

Which particular state laws apply depends on where the divorce is filed and processed. Thus, the key requirement for do-it-yourself divorce in the army is the residence of the spouses. Filing for a military divorce in New Mexico requires the respondent or the petitioner to serve in the U.S. military and have been stationed in New Mexico for six months.

Another way to meet the residency requirement for a military divorce in New Mexico is to serve in the U.S. military and live in New Mexico for six months immediately before one of the spouses moves to a military base outside of New Mexico with the intention to return to New Mexico and live there permanently or indefinitely.

Retirement payments for military personnel can become the subject of financial claims and disputes for spouses in the process of divorce. It should be noted that military assets, including a service member’s military pension, VA Disability, and Survivor Benefit Plan, are extremely valuable. Under the Uniformed Services Former Spouses’ Protection Act (USFSPA), state courts may treat military retirement pay as either sole or community property.

The USFSPA doesn’t provide a formula for dividing the amount of retired pay. The amount is generally determined and awarded under specific state laws. Further, the former spouse’s military retirement pay is paid directly by the Defense Finance and Accounting Service to the former spouse if there were at least 10 years of marriage overlapping with 10 years of military service.

Regardless of the marriage length, a court may still authorize direct payment to a military spouse who has been married for less than 10 years as an offset, except payment would come from the retiring spouse rather than from the accounting service. However, the circumstances may vary depending on the characteristics of the individual military divorce case, which must also be taken into account.

An uncontested divorce can be a great fit for military families with limited time and financial resources and the need to get the process completed correctly and quickly. Working through a divorce process for anyone can be difficult, and with the increased schedule demands on military families, it can seem almost impossible. Nevertheless, recognizing the divorce proceedings as an uncontested case simplifies both the court and the spouses’ tasks.

The basic requirement for confirming an uncontested divorce is the spouses’ mutual consent to end their family life, supported by an agreement. Spouses who have made a joint decision on divorce must include approved clauses on any issues that could cause disagreements, discrepancies, disputes, or mutual claims in the future.

The uncontested divorce format has a number of obvious advantages and conveniences. One of them is the ability to file for divorce online. Special preparatory online divorce paperwork services provide their clients with turnkey solutions for generated divorce documents, which can be redirected to the court for the resolution.