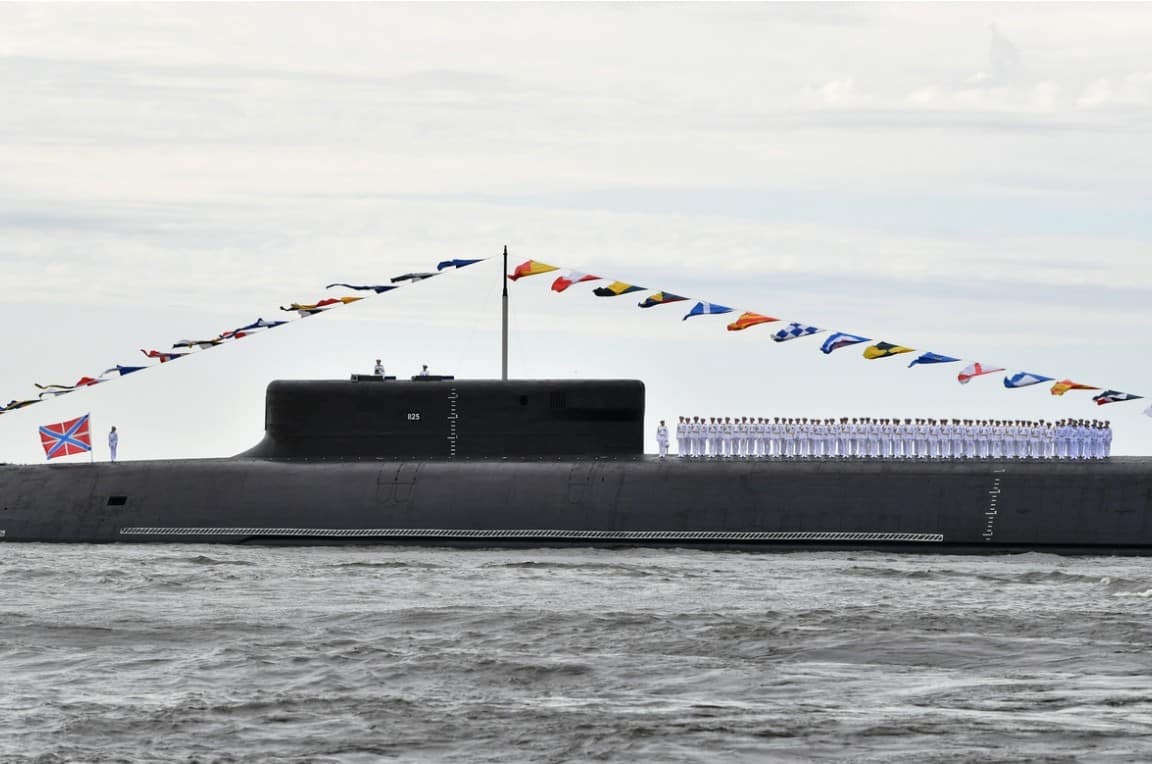 RT: The newest additions to Russia’s naval forces have been showcased during the annual Navy Day parade in Saint Petersburg.
President Vladimir Putin kicked off the event on Sunday by praising the fleet’s long history and hailing Russia as “one the world’s leading naval powers.”

“Today, Russia’s naval fleet has everything it needs for the guaranteed defense of the country, of our national interests,” Putin said.

We can detect any [type of] enemy and, if necessary, carry out an unavoidable strike.

More than 50 warships, ranging from large attack vessels to smaller patrol boats, sailed down the Neva River and the Gulf of Finland as naval aircraft buzzed in the air.

Commissioned just last year, the multi-purpose ‘Admiral Kasatonov’ frigate was among the vessels featured. The ship is designed to operate in the high seas and is armed with Kalibr cruise missiles, torpedoes and anti-aircraft weaponry.

The parade’s largest surface vessel, the cruiser ‘Marshal Ustinov’, is equipped with Vulkan anti-ship missiles that can destroy targets from up to 550km (342 miles) away.

The nuclear-powered submarine ‘Knyaz Vladimir’, which officially joined the fleet in 2020, took part in the parade for the first time. Named after a 10th-century Russian prince, the vessel is fitted with stealth technology and carries 16 Bulava ballistic missiles. In March, it completed an expedition into the Arctic.

Other submarines featured in the parade included the Krasnodar, which carried out cruise missile strikes against militants during Russia’s campaign in Syria.