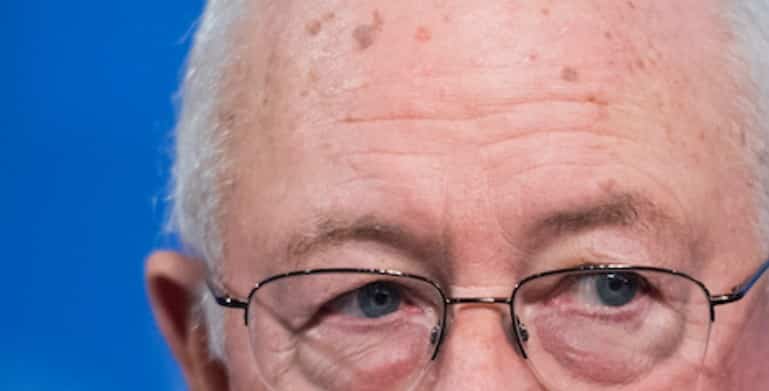 Of all the lurid nonsense circulating among conspiracy-addled Republicans, none of their theories is viler than the libel of child sexual abuse that began under the rubric of “Pizzagate” and became the basis of the cult ideology of QAnon. So successful was the smear campaign begun by followers of Donald Trump that millions of deranged people now believe those gothic horror tales targeting the likes of Hillary Clinton, Chrissy Teigen and Tom Hanks, with the connivance of Republican politicians in search of Jewish space lasers.

Then there’s real life, in which actual, detestable pedophiles and other sexual offenders can depend on their reliable defender Kenneth W. Starr to shield them from the punishment they deserve. Yes, it’s that Ken Starr, the Savanarola of sexual propriety, who is the pedophiles’ best friend.

What we have learned in recent days about the sanctimonious Starr, from his alleged sexual infidelities to his zealous defense of the late Jeffrey Epstein, not only strips away his pious pretensions as sheer hypocrisies but also raises serious questions about his conduct that must still be answered.

A former public relations executive named Judi Hershman opened the latest inquest into Starr’s iniquities on July 13 when she published an essay on Medium titled “Ken Starr, Brett Kavanaugh, Jeffrey Epstein and Me” that detailed, among many other things, her own illicit affair with the former independent counsel. Her account of an episode with the borderline Kavanaugh and his uncontrollable temper when they both worked for Starr on the Clinton prosecution, as well as her disillusionment with the misogynistic Starr, is worth reading. Yes, that Ken Starr, who, she says, took her hand and “placed it on his crotch.”  read more..