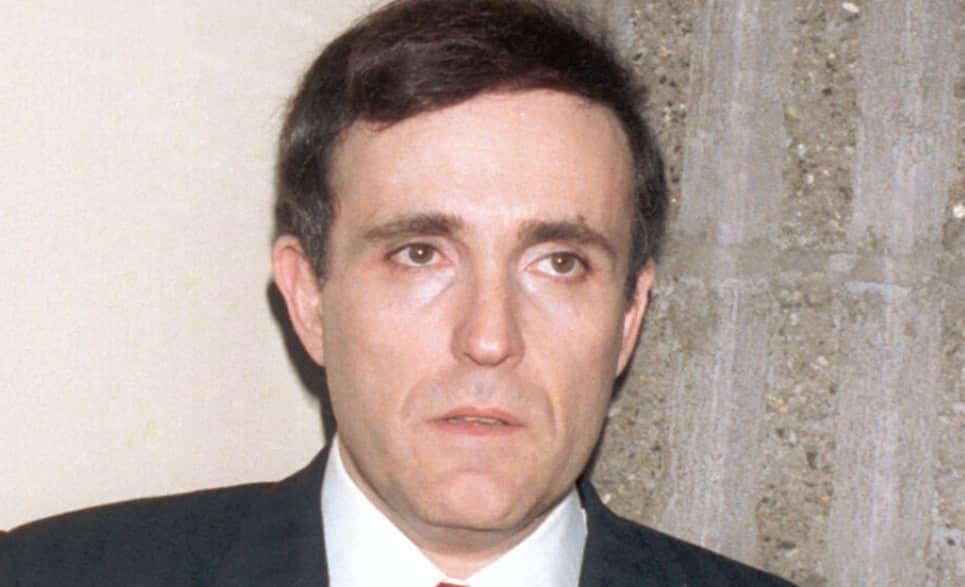 Trump attended the closing himself and Hopkins arrived with a briefcase loaded with up to $200,000 in cash, a deposit the soon-to-felon counted at the table. Despite Hopkins’ wholesale lack of verifiable income or assets, he got a loan from a Jersey bank that did business with Trump’s casino. A Trump limo delivered the cash to the bank.

The government subsequently nailed Hopkins’ mortgage broker, Frank LaMagra, on an unrelated charge and he offered to give up Donald, claiming Trump “participated” in the money-laundering — and volunteering to wear a wire on him.

Tony Lombardi, the federal agent assigned to the case and working closest with then U.S. Attorney Rudy Giuliani, had two private meetings with Trump. Following the meetings, Trump publicly announced that he’d raise $2 million for Giuliani if he runs for mayor.

Lombardi — who expected a top appointment in a Giuliani mayoralty, conducted several other probes directly tied to Giuliani political opponents, and testified later that “every day I came to work I went to Mr. Giuliani to seek out what duties I needed to perform” — closed the Trump investigation without even giving it a case number. That meant that New Jersey gaming authorities would never know it existed.