The chief of police in Aurora, Colorado, is apologizing after video of a brutal arrest captured on the body cameras of two officers was released.

One officer hit Kyle Vinson with his pistol at least seven times. He later held him by the neck for almost 40 seconds. pic.twitter.com/9c3G9d4gI3

AURORA, Colo. (CBS4) – Newly released body cam images show an arrest made by two Aurora police officers on Friday that has resulted in excessive force charges for the officers. John Haubert and Francine Martinez were the first two responding officers to the July 23 incident on the 3100 block of South Parker Road. Court documents show the suspect they wound up arresting said “You’re killing me” as one officer pistol-whipped him and choked him.

The suspect who was arrested on that day was Kyle Maurice Vinson, 29. The officers responded to a report of trespassing and encountered Vinson there along with two other suspects. The court documents state the officers ordered the suspects to sit down while they attempted to run a records check on them, but two ran away.

The images from the body cam show Haubert holding a gun to Vinson as he was put on the ground while ordering him to put his hands in front of him. Haubert then is seen in the images holding the suspect’s neck on the ground with one hand and pressing the muzzle of his gun on the back of the suspect’s head with the other.

Haubert, 39, was booked on charges of assault with a deadly weapon causing serious bodily injury, a second felony assault charge of strangulation, felony menacing and official misconduct and official oppression 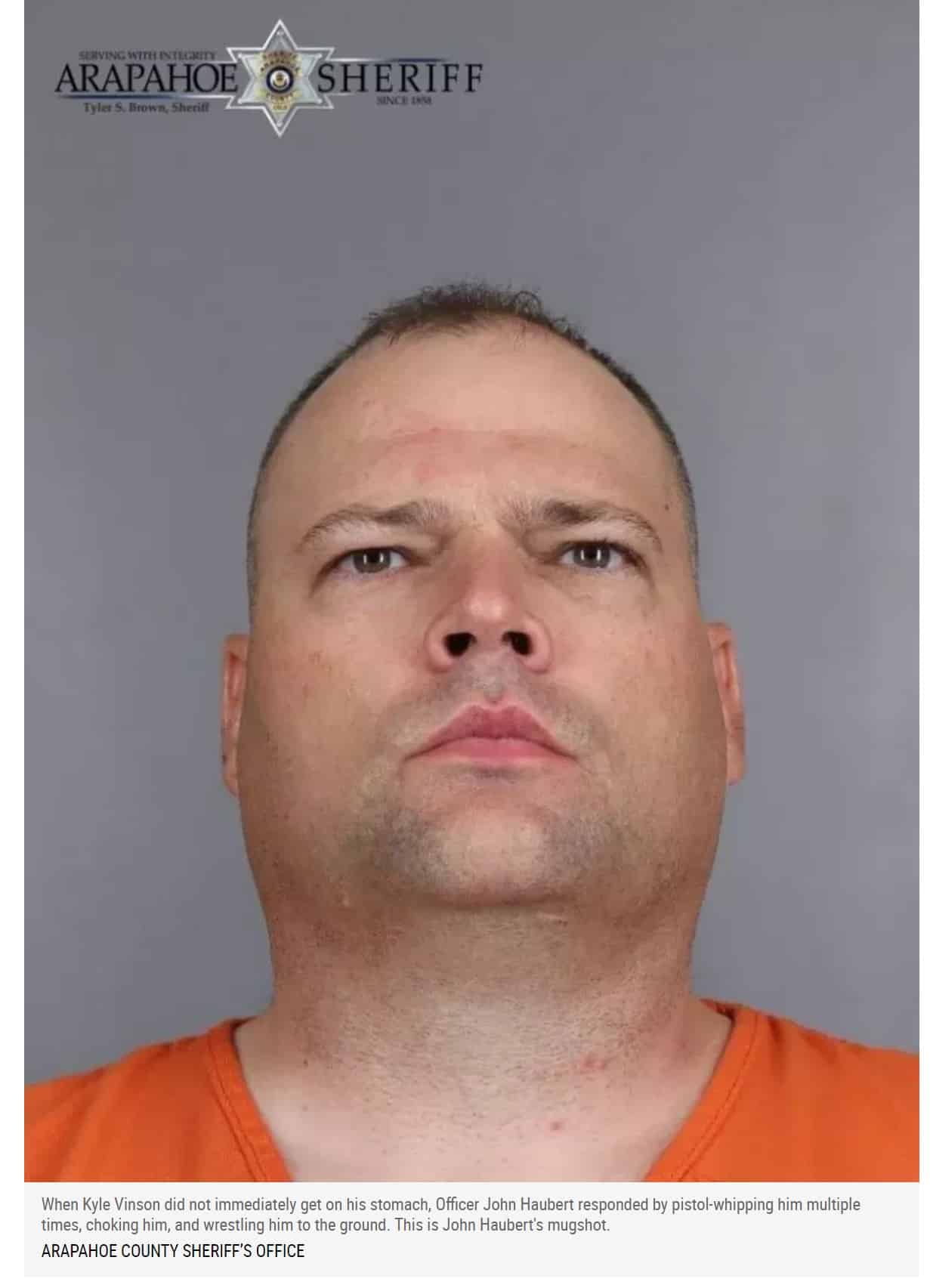 Moments later Vinson allegedly tried to prevent officers from trying to get him in handcuffs. Haubert then allegedly drove his gun into Vinson’s neck and then hit Vinson with his gun multiple times. One witness said Haubert told Vinson “Stop fighting or I’ll shoot” but the body cam video apparently doesn’t show Vinson fighting back.