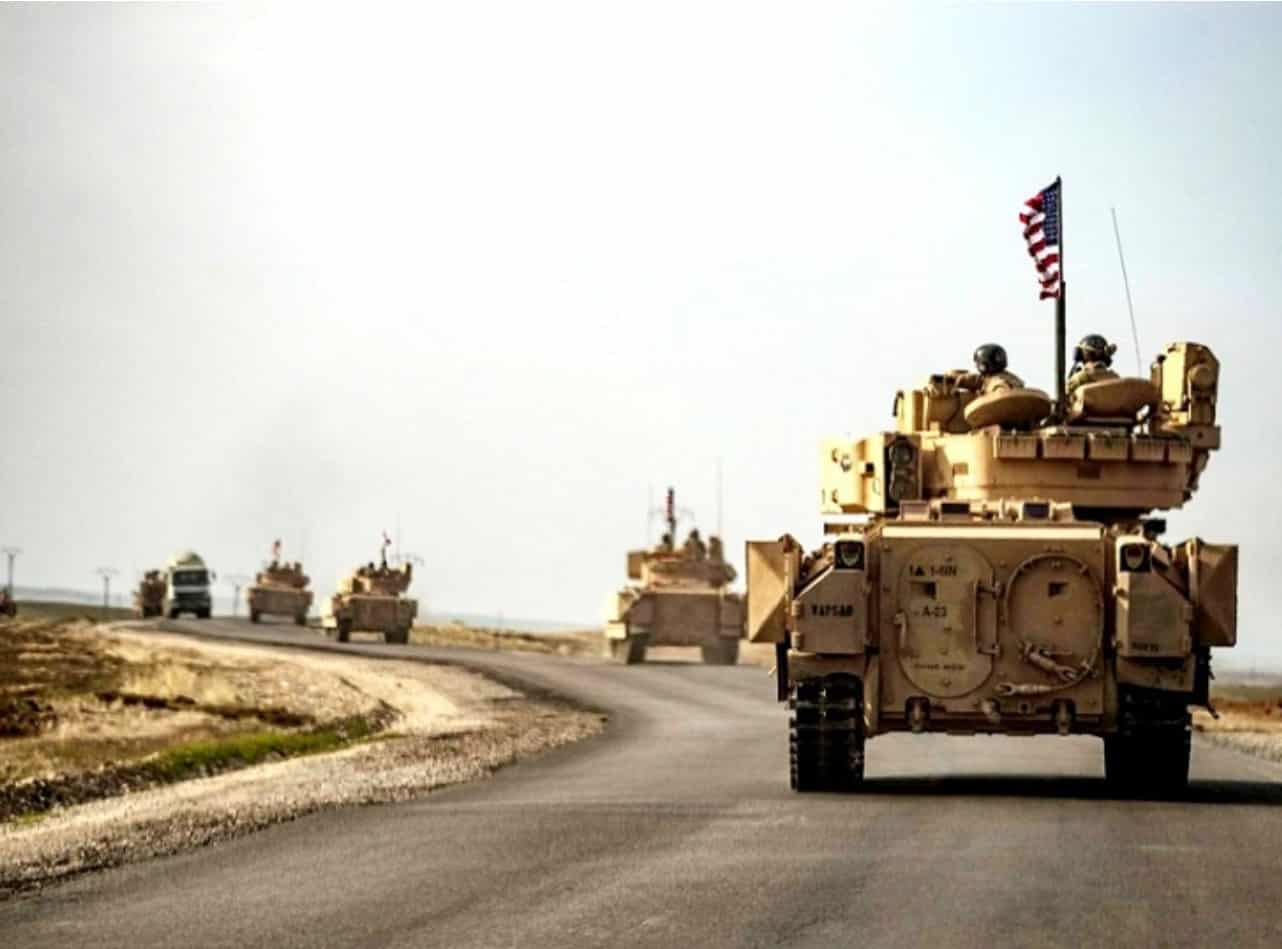 As of Monday morning, July 26, 2021, an announcement that should never have been needed has now been predicted, first by the Associated Press.

There are few alive today, few rational individuals, who are so intellectually isolated that they are unaware that the US role in Iraq was based on fake intelligence fabricated by criminal elements inside the US and certain allies, Britain and Israel, if we are going to name names.

American President Joe Biden and Iraqi Prime Minister Mustafa al-Kadhimi are going to announce, if AP is correct, the withdrawal of American troops from Iraq by the end of 2021.

Only short days ago, military leaders of militias in Iraq politically aligned with Iran accused the US of using helicopters to move ISIS (banned in Russia) commanders, relocating them to “places unknown.”

Conspiracy theorists would say they are being deployed elsewhere, Africa, the Caspian Basin or even Latin America and, given the long history of the wars after 9/11, such wild theories are not beyond the pale of reason that seems no longer to exist.

The real issue will be not so much of getting the US out of Iraq, where the American role has increasingly become one of interference with both Iraq’s sovereignty and political stability but how this will impact Syria. But first, scholars from the Quincy Institute in Washington give their take on the move, from Veterans Today:

“Withdrawal of US combat forces signals the welcome end of an era of American intervention in the Middle East that began in the Reagan administration and peaked under G.W. Bush.

Until Reagan, the US protected its interests largely without recourse to intervention. The flow of oil was unimpeded, and Israel’s existence was secured. The US is now returning to this earlier pattern, which served its interests well from the early 1800s to 1982, when the US embarked on a disastrous foray into Lebanon.

US forces in Iraq have not served an essential purpose for many years. ISIS no longer threatens the viability of Iraq, and US troops are not a useful counter to Iranian influence in Baghdad. The killing on Iraqi soil of Qassim Soleimani and Abu Mahdi al-Muhandis under Trump undermined Iraqi sovereignty and reinforced Iraqi resentment of the US military presence in Iraq.

With no groundswell of Iraqi support for the US military presence and no clear combat mission for US troops, it is time to go.

The withdrawal will be phased and coordinated with the Iraqi government. It will be a fadeout rather than a copout, finally completing a process begun by G.W. Bush in 2008 and implemented by the Obama administration on a schedule synchronized with Iraq’s government in 2011.

The US withdrawal of combat troops from Iraq is the next logical step after leaving Afghanistan. It puts Biden on the right path toward fulfilling his promise to leave the Middle East militarily, where the defense of vital US interests does not warrant any permanent military bases in the region.

Today, US troops in Iraq are sitting ducks. They are clearly not deterring Iran or Iraqi militias supported by Iran. In fact, their unwanted presence in Iraq makes America and Americans less safe. It aggravates an already tense situation and risks turning Iraq into a proxy battlefield between the United States and Iran, in a conflict that does not advance US interests.

While the potential resurgence of a terrorist group such as ISIS may warrant further US military action, permanent bases in Iraq are neither necessary nor helpful.

As the experience in Afghanistan has shown, a permanent military presence creates a dependency on the US that prevents the host government from creating its own self-sufficient defenses. What may have been envisioned as short-term assistance quickly morphs into a counter-productive, unstrategic and mutually unpopular permanent military presence. President Biden is making the right decision taking action now to prevent Iraq from turning into the next Afghanistan.”

There is little question that Iraq is no longer vulnerable to ISIS. There is also no real question that the US role in Iraq, no matter what version of events is used, has been less than effective in aiding Iraq and more effective in combatting Iranian influence.

Problem is, Iranian “influence” in Iraq to a large extent, particularly under the tutelage of Iranian General Soleimani, did more to defeat ISIS than any other factor. Soleimani trained the militias, led the battles and kept himself out of Iraqi politics.

Thus, he was murdered, we believe, at the orders of Tel Aviv, making use of American puppet Donald Trump.

Any other explanation is simply dodging an unpleasant truth.

Whether ISIS is resupplied, as claimed, from the US occupied zone of al Tanf on the Jordanian border or through Turkey and the Kurdish occupied regions or even directly from Saudi Arabia, such resupply would be impossible unless under the protection of a “coalition” power with aircraft, helicopters and air defense systems.

This is one of those “elephant in the room” problems, an unpleasant reality too large to not see but that somehow demands to be ignored.

Another “elephant in the room” was the US role in Iraq which has never, since day one, involved anything more than looting resources and bleeding the Iraqi people dry.

The issue here is simple and unpleasant, US policy in the Middle East, which seems to include continued support of the war on Yemen, despite pronouncements to the contrary, crosses all political lines and defies real US interests as well.

But then Biden did get the US out of Afghanistan, and we expect that announcement in Iraq as well.

What then, however, will this mean to Syria? The US is still occupying vast areas of that nation, areas that include key water resources, much of Syria’s farming lands and nearly all of Syria’s oil. Moreover, the US has fomented ethnic cleansing of Arab populations by Kurds who have chosen to migrate or perhaps have been expelled from Turkey, a story not covered by any media.

That, of course, creates another issue, with Iraq’s Kurdish region often at odds with Baghdad and yet now vying for power even in Iraq against US backed Kurdish groups that include radicalized elements seen by several neighboring nations, including and especially Turkey, as a terror threat.

Then we look at the logistics itself. The US has built airbases inside Syria though little is reported about them. No one knows how many American troops are inside Syria, certainly thousands but how many thousands?

Why would President Biden allow continued US occupation when the overt reasoning as given by Donald Trump was to illegally seize Syria’s oil which is being stolen and sold but no one knows where the money goes.

No one asks where the money goes.

No one asks who buys the oil.

Money has to be coming from somewhere to keep ISIS alive inside Iraq and Syria. No one asks about that either.

What one can surmise is that, with US forces out of Iraq, which is what we expect to be announced, continued US occupation of Syria would be impossible without a reproachment between the US and Turkey.

Why would President Biden hand this kind of power to Erdogan?