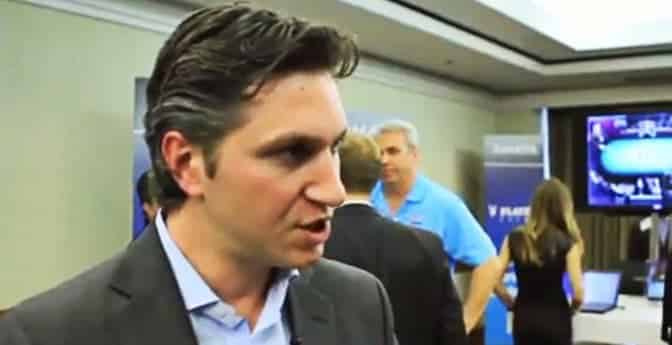 Perhaps, everyone who is interested in gambling knows the name of the Baazov brothers, swindlers against whom several court cases are now in process. David Baazov even got the nickname “king of poker” when he was 34. What are the brothers so famous for and why are their names associated with high-profile scandals?

What is behind the overwhelming success?

One of the brothers, David Baazov, is called the “mathematical genius” and consummate negotiator. These talents allowed him to pull off several deals with very large sums. For instance, Amaya Gaming company founded by David acquired in 2013 the Rational Group brand, the owner of the famous PokerStars and FullTitl.

However, state regulators, including Britain’s Financial Conduct Authority, Investment Industry Regulatory Organization of Canada, Financial Industry Regulatory Authority, and others, became interested in such a stunning success. These structures were disturbed by the fact that a much smaller company was able to acquire such a giant. And the checks have shown that scheming is hidden behind the high-profile deal.

In 2016, information leaked from the law firm Mossack Fonseca gave rise to charges against David. The so-called Panama Papers became the basis for the legal proceedings against Baazov initiated by the Financial Markets Commission (AMF). However, he denied allegations of insider trading and tried to prove that he was innocent. Having failed, in 2016 Baazov “went on vacation”, and after another 6 months he lost the post of director at Amaya, and the company received a new name—Star Group.

Brother as a bargaining chip

Another brother, Josh, also known as Ofer Baazov, also appeared in the criminal proceedings. Investigators managed to find out that Josh had received inside information about Amaya from his brother, and then passed it on to Levett with whom he was in partnership. Thus, they managed to get $1.5 million.

By the way, Ofer Baazov and Levett were already well-known in gambling. They were credited with creating the gambling site BetonUSA. Its bankruptcy ended with the fact that $1 million in bad customer deposits simply vanished.

The personality of Josh-Ofer Baazov is also interesting because in 2017 it turned out that it was not David who really managed the Amaya company, but his older brother did. Together with Craig Levett, he owned 75% of the business, according to investigators, since at least 2007. Josh tried not to appear anywhere, as he was accused of drug possession and TV shop fraud. By the way, after that, he changed his name to Josh. Naturally, such a reputation could damage an already well-known company, so the leadership was transferred to David. However, the “golden boy” did not make any serious decisions without Josh-Ofer.

No end in sight for charges

These criminal cases were followed by others. For instance, in 2014, another court examination was initiated. According to the investigation, Baazov illegally financed the election campaign of Andrew Cuomo. And the reason for the $25,000 bribery was a bill to legalize online casinos in New York State.

Another case is related to the African organization Lion’s Heart Self Help. In this case, David faced charges of fraudulent donations. By the way, the non-profit organization never received the promised donations.

In 2017, David was charged with the illegal use of the name and signature of Kalani Lala, president of the investment company KBC Aldini Capital. Baazov used them to facilitate the takeover of the company and thus damaged the plaintiff’s reputation.

A year later, Gideon van Kessel accused Star Group and David Baazov personally of not receiving a salary for his work as a consultant and strategic advisor. His task was to analyze and acquire potentially successful companies in the online games industry.

The unprecedented favor of Themis

In 2018, the trial of the younger Baazov began in Canada. Despite the fact that the process lasted for about two years, David never received his punishment. Moreover, for a reason that can be considered absurd: 320,000 confidential documents appeared at the disposal of Baazov’s lawyers. It is believed that this was an accidental “oversight” of the prosecutor’s office. Baazov’s defenders accused the AMF of the fact that the evidence was not presented in a proper form and that complicated the work. And the judge supported the accused.

But despite all the legal proceedings, the Baazov brothers did not withdraw from the gaming business. For example, they are building a casino on the reservation territory in Quebec at the moment. Will this project also provoke another scandal? It remains to be seen.