Former EU official, author and whistleblower Lucy Morgan Edwards and I agree: The Semitic supremacists are out of control! At the 35’35” mark in the above video we discuss the UK Labor Party’s expulsion of all of its sane and uncorrupted members, as reported in the Jerusalem Post: 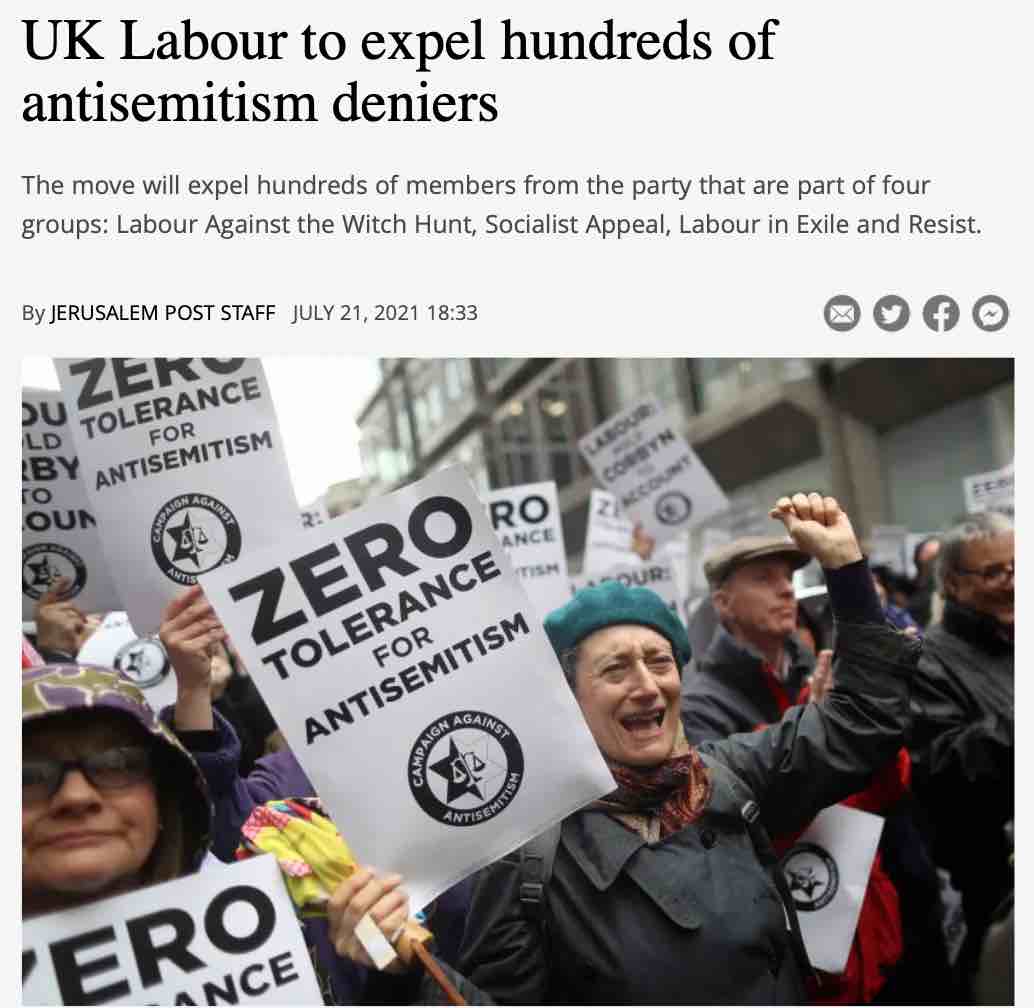 “The move will expel hundreds of members from the party that are part of four groups: Labour Against the Witch Hunt, Socialist Appeal, Labour in Exile and Resist. The groups support Jeremy Corbyn and denied the extent of Labour’s antisemitism problems.

“A Labour spokesman before the vote said: ‘Labour is a broad, welcoming and democratic party, and we are committed to ensuring it stays that way…'”

IF YOU’RE AGAINST THE WITCH HUNT, YOU MUST BE A WITCH! ANYBODY WHO DENIES THE REALITY OF WITCHCRAFT, AND THEIR OWN WITCHINESS, IS A WITCH DENIER, WHICH MAKES THEM A WITCH TOO! LIGHT THE BONFIRES!

It seems that if lunatic Semitic supremacists call you an “anti-Semite” and you have the temerity, nay the unmitigated audacity, to deny that you are an “anti-Semite,” that makes you an “anti-Semitism denier”…which is pretty much the same as “Holocaust denier,” meaning you will be canceled from polite society and possibly beaten up, imprisoned, and/or have your house or office burned down.

Are the Semitic supremacists courting the mother of all backlashes? Or am I overestimating the intelligence, courage, and independence of the British (and Eureopean and American) people?