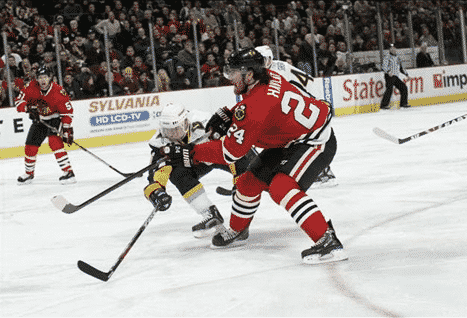 The vast majority of us will never make a living playing the game we loved as children but that doesn’t mean we can’t train like the professionals. And for those who grew up skating at frozen rinks before the sun rose just to get ice time with their team before school understands the beauty of hockey and the allure it holds for young and old alike.

Whether you or someone you know, is training to improve their skillset and get better at the fastest game on ice, then read on because nobody trains better than the pros. Therefore, let’s better understand their training methods and off-ice routines so that we can incorporate those tips into our regimens as well.

The Tampa Bay Lightning recently won their second consecutive Stanley Cup and they did so because of contributions by many, including team captain, Steve Stamkos. As a matter of fact, the NHL odds for your favorite teams are already up for next season and it is not surprising that Tampa Bay is once again one of the favorites to take home the hardware. Steve Stamkos is a big reason why the Lightning are perennial contenders and we thought it would be interesting to hear what he says about his own conditioning.

The Road to Recovery

Sometimes the most painful things in life can ultimately reveal opportunities that would have otherwise never been discovered. And such was the case when Steve Stamkos fractured his tibia in a 3-0 loss to the Boston Bruins on November 11th of 2013. The perennial All-Star would miss only four months after being carried out on a stretcher before returning to action. He proceeded to contribute in the regular-season games remaining and registered four points in four postseason games against the Canadiens, to whom Tampa bowed in a first-round, four-game sweep.

But the lessons Stamkos learned in recovering from that injury have proven to be invaluable in keeping him as fit and agile as ever. At the age of 31, the No.1 overall pick in the 2008 NHL Draft shows no signs of slowing down with no lingering consequences from that brutal injury he suffered several years ago. Below Stamkos tells us what was involved in his rehabilitation and how he incorporated this regimen into his current training.

“It was tough—I had never had a major injury like that before in my life,” said Stamkos. “You realize how tough it is—you have a new perspective and appreciation for the game. I learned how powerful the mind is. When you’re thinking positive and think you can push your body to the limit in order to recover, you can do it.

“It was long. It was tough. We were going four to six hours a day when I was just trying to get back and walk. We were lucky to use the resources and assets we had, like underwater treadmills [and] certain supplements to help the bone-healing process. It was grueling, but it was worth it in the end.”

Stamkos emphasizes the benefits of exercises intended to improve the explosiveness in his glutes, quads, and calves. Those are the essential muscles needed to play ice hockey at the highest levels…and even the lowest levels if you think about it.

Several low rep sets of deadlifts using a trap bar are a staple in Stamkos’ training regimen. He also uses belt squats versus barbell back squats as it is easier on his back and lessens the chance of injury.

Treadmill training is also a major factor in maintaining and even increasing explosiveness with five 30 second sprints meeting or exceeding a speed of over 12 miles per hour throughout the interval.

He also incorporates three sets of single-leg lateral explosions for 10 seconds each as another device to train muscle memory into quick-twitch synapses.

A balanced meal of proteins, vegetables, fats, and carbohydrates is essential and Gary Roberts, turned fitness guru as well as Stamkos’ mentor, states the following:

“A garden salad with extra-virgin olive oil and balsamic vinegar. That’s the dressing – it’s not Ranch or Thousand Islands or French. It’s extra-virgin olive oil with balsamic vinegar, with some seeds on it. People don’t realize how good seeds are for you, whether it’s pumpkin seeds of hemp seeds or sunflower seeds. That’s a great salad for kids – it’s substance. Kids need substance. And then a chicken breast with some sweet potato and broccoli is a great meal. It’s got your protein; it’s got your long-lasting carbohydrates in the sweet potato. And even put some real butter on that, and you’ve got an ultimate pregame or post-game meal.”

As for snacks, Roberts is all for it as long as it is healthy, promoting such things as raw vegetables with hummus, tuna wraps, yogurt with berries, and flaxseed to name just some healthy offerings.

“I say to guys: ‘Worst-case scenario, put a chocolate milk and a couple of bananas in your hockey bag so when you’re done playing you’ve got something to put in your body right away. It’s about preparation. That’s what this whole thing is about. If you prepare properly, you’ll succeed.”