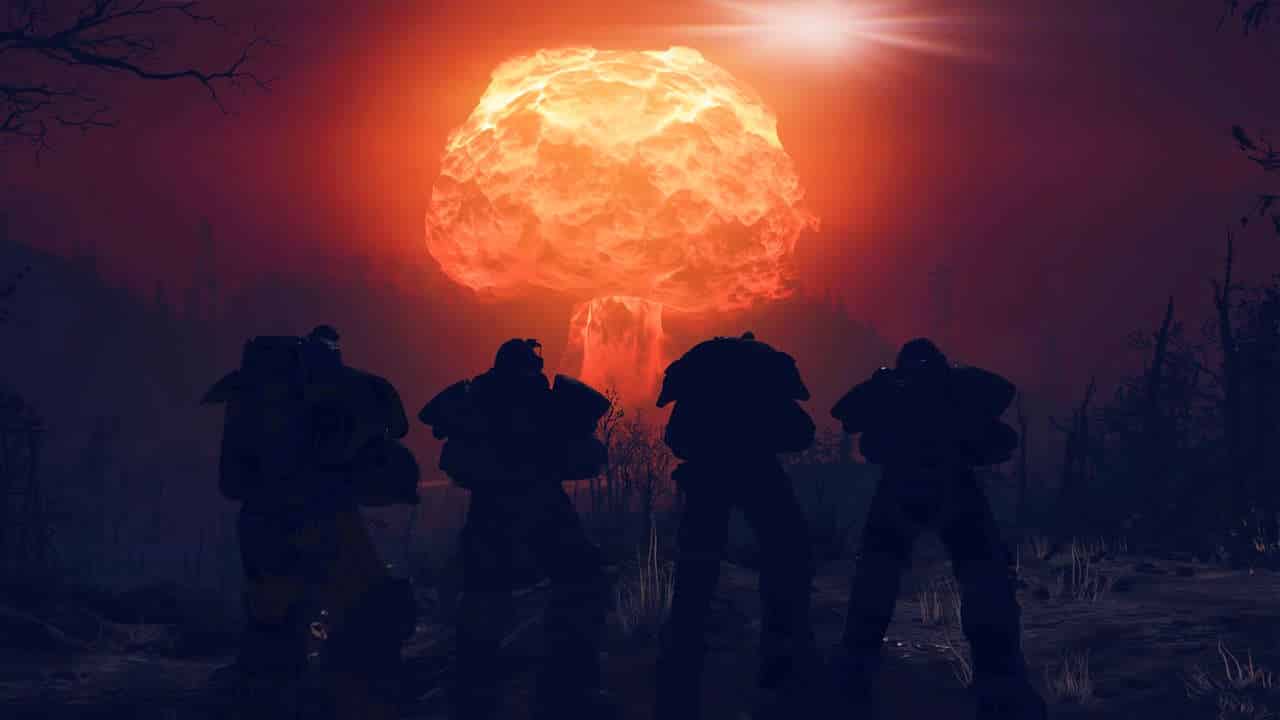 VT has information that Israel is arming its drones with small tactical nuclear weapons.  The photo above is of a test of a low yield nuclear weapon tested inside Israel.  The photo is taken from a leaked Israeli video of their secret nuclear weapons program, weapons that have been used inside Syria in support of ISIS.

The weapons themselves are a technological achievement made through spying on the US nuclear weapons program through infiltration of the directorship of the US Department of Energy though its last 3 heads, all according to our sources, working as Israeli spies.

This is the highest classified photo ever published.

Sputnik News: Tensions between Israel and the Lebanon-based political and militant group escalated this summer after an Israeli drone attack on a media office belonging to the movement in Beirut, which later led to a series of border clashes.

Hezbollah Secretary-General Hassan Nasrallah has dubbed the Thursday attack on an Israeli drone operating in southern Lebanon part of an “effort to clean up” Lebanese skies.

Speaking to his supporters in Beirut on Friday, Nasrallah boasted that “bringing down UAVs is a natural matter,” adding that “our goal is to purge Lebanese skies of Israeli violations”.

The Hezbollah leader vowed that the group “will continue to act in this way, regardless of internal developments in Lebanon,” referring to the ongoing protests facing the country, adding that the Thursday attack on an Israeli drone “proved” Hezbollah’s willingness to use its advanced defences.

“Israel is confident that we will not dare to use the weapons we used yesterday – but the resistance proves that it is daring,” Nasrallah said.

Nasrallah did not name the weapon used to attack the Israeli drone.

On Thursday, Lebanese media reported that an Israeli drone had been fired upon and possibly shot down outside a town in southern Lebanon. The Israeli Defence Forces soon responded, saying that an anti-aircraft missile had been fired, but did not hit the UAV. Hezbollah later confirmed that the missile attack had ‘forced the drone to leave’ the area.

A week earlier, in a separate incident, the Israeli military confirmed that one of its small drones had crashed in Lebanon during “routine security activity”. Another Israeli drone crashed in southern Lebanon in September, with Hezbollah claiming its air defences had shot it down.

Israel has regularly deployed drones and manned aircraft inside Lebanese airspace, targeting both Hezbollah and points in neighbouring Syria. Israel has justified its operations by accusing Iran of waging a proxy war against Tel Aviv, and in addition to Lebanon and Syria, has struck ‘Iran-backed targets’ in Iraq and the Gaza Strip. Lebanon has repeatedly slammed Israel’s operations in its airspace, stating that these violate the country’s sovereignty and United Nations Security Council Resolution 1701, which brought an end to the 2006 Israel-Lebanon war.

On 1 September, Israeli launched massed mortar, artillery and air strikes in southern Lebanon following a Hezbollah anti-tank missile barrage targeting Israeli Defence Forces positions along the disputed border area. In August, Hezbollah accused the Israelis of dropping firebombs on a Lebanese grove near the border, flying small drones into Beirut to bomb a Hezbollah media office, and attacking a position on the Syria-Lebanon border which Israel claimed was used as a transit point for militants.

Last month, US Secretary of State Mike Pompeo assured Israel that it had a “fundamental right to engage in activity that ensures the security of its people”, whether this be inside Israeli territory or elsewhere in the region.