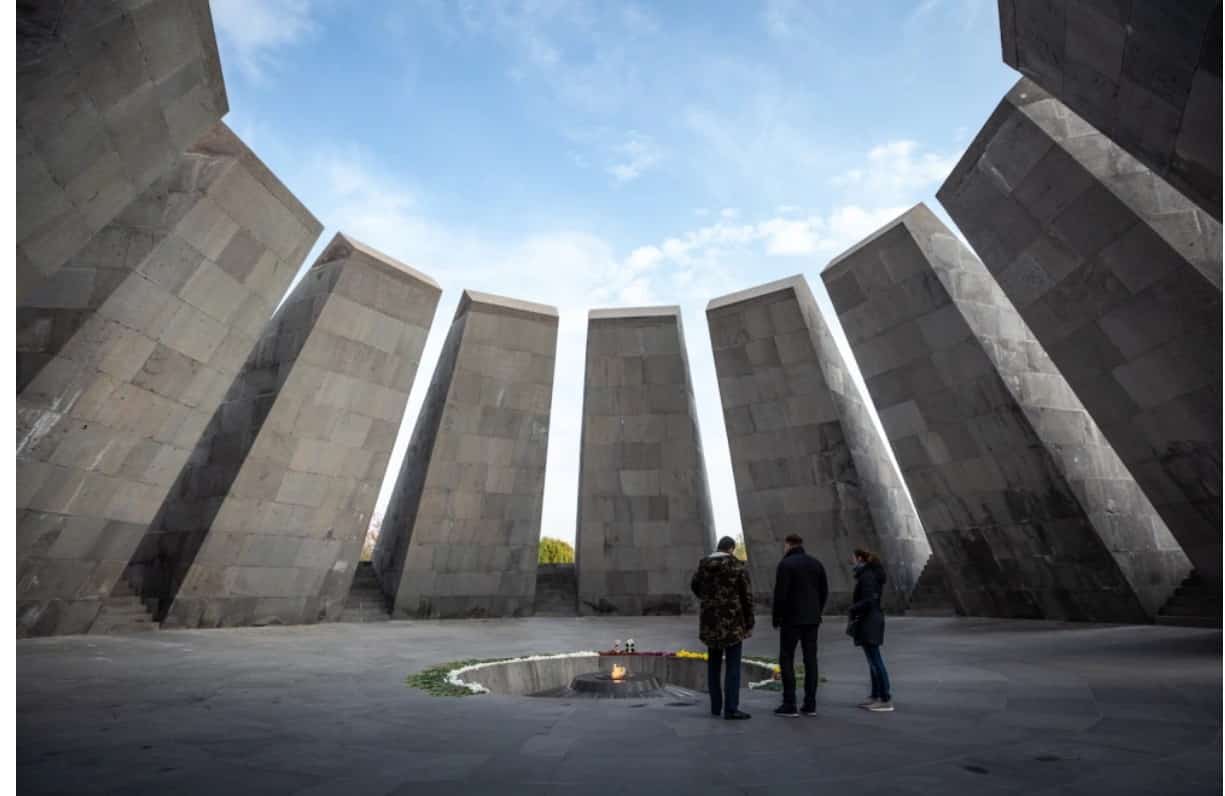 YEREVAN, Armenia—Walking atop Tsitsernakaberd Hill overlooking the Armenian capital of Yerevan, one can see the striking similarities to Jerusalem. The view resembles that from Yad Vashem, the main Israeli memorial site that honors and commemorates the 6 million Jews who perished in the Holocaust.

At Yad Vashem, also located on a hill, there is the “Avenue of the Righteous Among the Nations,” where trees have been planted to commemorate gentiles who saved Jews. In Yerevan, foreign leaders and other dignitaries are also asked to pay respect to the memory of those who died by planting trees.

Tsitsernakaberd (which means “swallows’ fortress”) hosts the central memorial monument to the 1.5 million Armenians who died as a result of the Ottoman Empire’s premeditated decision during World War I to harass, arrest, and eventually deport them to the Syrian Desert to let them die.

The 144-foot-tall monument is meant to symbolize rebirth. Twelve slabs form a circle that represents the parts of Armenians’ historical homeland in present-day Turkey, and an eternal flame dedicated to those killed during the Armenian genocide lies in the center of the circle.

After the war, during the short-lived first Armenian Republic, assassins volunteered for Operation Nemesis. Its aim was to avenge the deaths of their people by killing Turkish ministers and generals who were responsible for the genocide. Among those assassinated were the “Three Pashas”: the war minister, Ismail Enver; the interior minister, Mehmed Talaat; and the navy minister and governor of Syria, Ahmed Djemal.  Read more…

Israel’s Refusal to Recognize the Armenian Genocide Is Indefensible