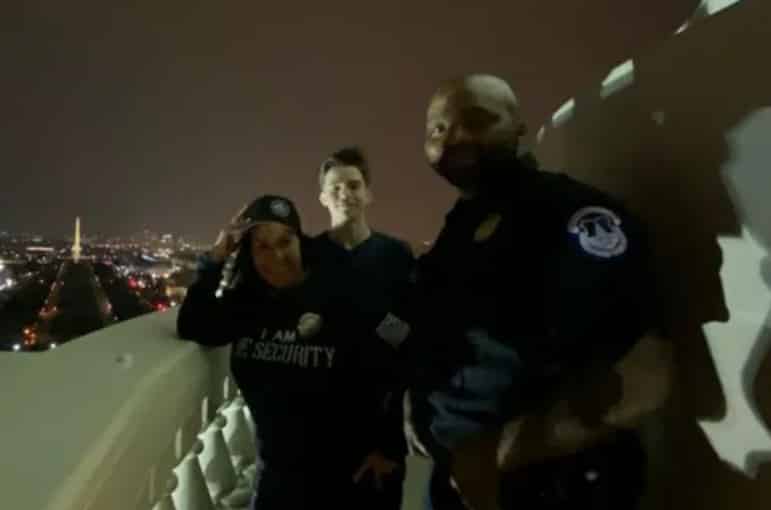 VT: We have 70 names, starting with Donald Trump, of those who should have been arrested for planning and executing a coup against the United States.  As long as Biden chooses to ignore this “beyond elephant in the room,” he will never gain the respect of the real American people.

What is being written next…we aren’t going to write.  We don’t have the protections some people have.  Remember…the FBI before the election was called “Trumpland…”

Raw Story: On the night of Dec. 12, 2020, the day of the first Stop the Steal rally in Washington and three weeks ahead of the Jan. 6 Capitol insurrection, several guests of then-Rep.-elect Lauren Boebert, R-Colo., received an exclusive after-hours tour of the Capitol building from the far-right firebrand.

There are several unanswered questions about this visit, which appears to have violated normal Capitol protocol in various ways. It’s not clear who authorized it, since Boebert was not yet a member of Congress and had no official standing in D.C. It’s perhaps even stranger that it occurred on a Saturday night, when the Capitol complex is closed.

Later, in the aftermath of the Jan. 6 attack, Boebert repeatedly denied rumors that she had offered “reconnaissance tours” to would-be rioters shortly before that event. But her ambiguous comments appeared to avoid any specific discussion of this unexplained December tour.

According to materials reviewed by Salon, the Dec. 12 tour led by Boebert involved various parts of the Capitol complex, including the staircase in the Senate’s empty Brumidi Corridors, Senate room S-127 and the Senate briefing room, as well as the then-vacant Capitol Rotunda.

Boebert’s guests were clearly enjoying themselves, as can be seen in the photos. But everything about their presence on the observation deck alongside a Capitol Police officer remains unexplained.

As mentioned above, the rules for observation deck tours stipulate that a member of Congress and an official guide must accompany each group that climbs the Capitol Dome. There’s no indication that either a member or a guide was present on this occasion.  read more…