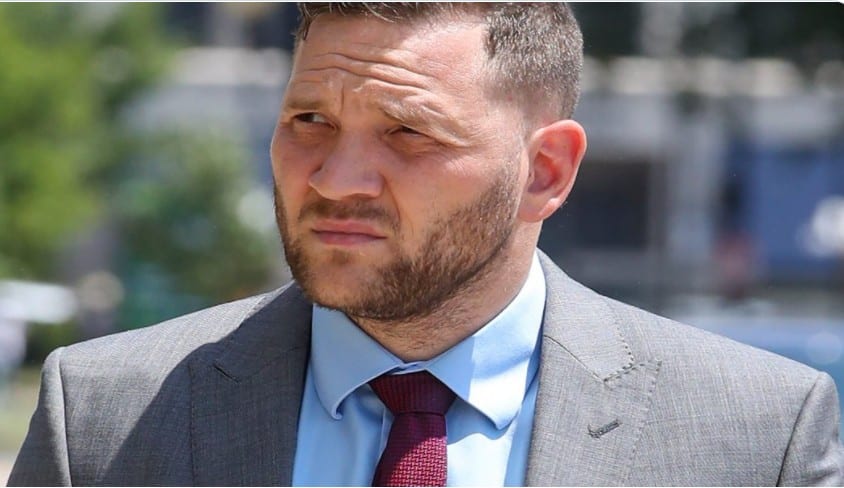 Daily Beast: A Louisville police officer agreed to plead guilty to a felony Wednesday for hitting a kneeling protester in the back of the head with his riot stick in May 2020. Cory Evans, 33, was charged in June with depriving the protester of their rights, and his sentencing will take place in late November, pending a judge’s sign-off.

NEW: Former @LMPD officer pleads guilty to hitting kneeling protester in the head in May 2020.
Cory Evans faces up to 48 months in prison under terms of the plea agreement. https://t.co/pT3qQk4FOW

He remains free on bond. Under Evans’ proposed plea deal, which has yet to be accepted by a judge, he would pay a fine of $1,962.85 and serve up to four years in prison. The former officer, who resigned from the force after the incident, hit a protester identified only as M.C. after the protester had knelt to surrender to law enforcement.

The baton hit so hard that the resulting gash required stitches in the emergency room. The demonstrator was taking part in a protest over the March 2020 death of Breonna Taylor at the hands of Louisville police.

From the Acting Special Agent in Charge Edward J. Gray of the @FBILouisville Field Office.

“While the vast majority of law enforcement officers are hardworking professionals who work conscientiously to protect the public, Cory Evans was simply not one of those officers.” @WLKY https://t.co/t5q4vuVTbu pic.twitter.com/izohtupadQ

FBI Acting Special Agent in Charge Edward Gray said in a press conference following Evans’ hearing, “While the vast majority of law enforcement officers are hardworking professionals who work conscientiously to protect the public, Cory Evans was simply not one of those officers.”