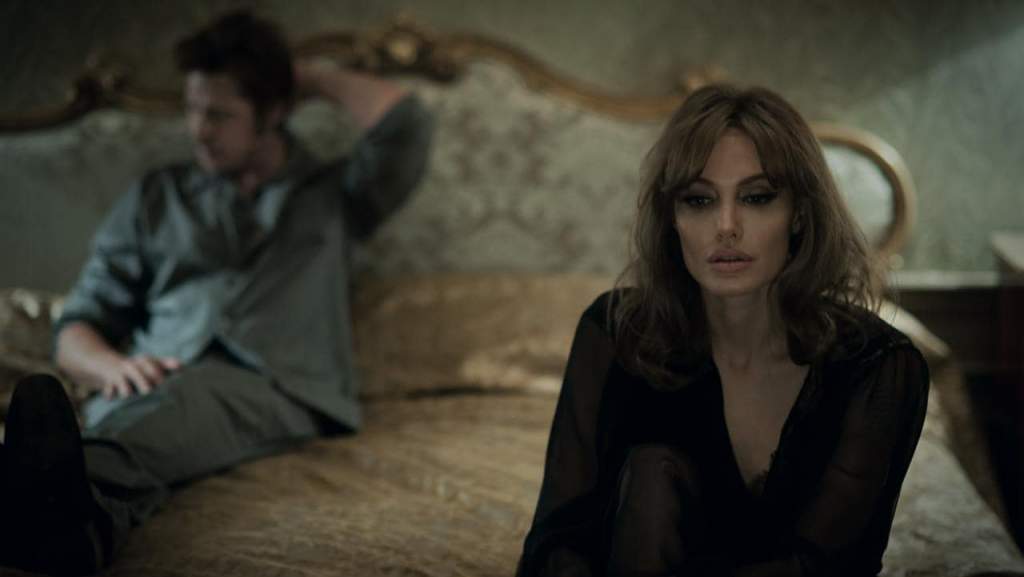 Back in 2016, Angelina Jolie gave the entire world that she was really concerned about the well-being of children everywhere. She told the International Criminal Court:

“I particularly welcome the commitment to include charges for crimes against children wherever the evidence permits as part of a more systematic approach. I congratulate the office of the chief prosecutor, and all those working on the policy.”[1]

Jolie certainly could get around the fact that Hollywood directors and producers like Bryan Singer, Woody Allen and Roman Polanski have sexually molested children and teenagers. As the Daily Mail itself put it, there seems to be “a gang of Hollywood pedophiles.”[2] To cite again former child actor Corey Feldman:

Feldman, who was raped at the age of eleven and who then took drugs in order to exorcise what had been done to him, writes in his memoir:

“How does this happen? How do so many innocent, talented, and even famous children wind up suffering in silence? The obvious answer is that pedophiles will flock to an industry where they can surround themselves with eager, ambitious children.

“But there is another answer, too: the bright lights of Hollywood are blinding, and the sanctity of childhood is easily trumped by the deafening drumbeat of fame.”[3]

Allison Arngrim, the former “Little House on the Prairie” star who later wrote Confessions of a Prairie Bitch, said that pedophiles in Hollywood “are typically very careful when choosing. They look for kids whose parents are maybe going through a divorce, are very naïve, suffering with addiction problems, or are simply crazy stage parents who will look the other way.”

Arngrim moved on to say:

“In Hollywood, there are parents who will practically prostitute their kids in the hope they can make money and get ahead. It is a horrible trap that the kids are in. These people aren’t seeing their kid as a kid. It’s more common than you think.”

Actor Elijah Wood said pretty much the same thing. He went even further to say that those pedophiles are “vipers.” Wood declared:

“Clearly something major was going on in Hollywood. It was all organized. There are a lot of vipers in this industry, people who only have their own interests in mind. There is darkness in the underbelly.

“What bums me about these situations is that the victims can’t speak as loudly as the people in power. That’s the tragedy of attempting to reveal what is happening to innocent people: they can be squashed, but their lives have been irreparably damaged.”[4]

Wood continued: “I’ve been led down dark paths to realize that these things are probably still happening. If you’re innocent, you have very little knowledge of the world and you want to succeed. People with parasitic interests will see you as their prey.”

How would Jolie sit down and have a cup of coffee with Feldman, Arngrim, and Wood? Why hasn’t she invited them to discuss these issues, if she is really concerned about children? And would she help Oscar-nominated director Amy Berg distribute a 100-minute film about pedophiles in the industry? Why hasn’t Berg found a single industry that would distribute her film?[5] Where is Jolie when you need her? Why isn’t she taking a look at those issues?[6]

“Stopping short of saying that Hollywood was protecting its own, Ms Berg confessed that even small movie festivals had refused to show An Open Secret [her film].”[7]

Obviously there is more to Angelina Jolie than meets the eye and ear. She has acted in multiple movies which display the opposite message of what she is now saying. Jolie ought to know that studies show that visual images, for good or bad, have a tremendously powerful influence on children and teenagers.

That is why Hollywood celebrities and entertainers such as Madonna, Mayim Bialik, William H. Hacy, Helen Hunt, Hugh Jackman, Megan Fox, among others, do not allow their children to watch TV.  When it comes to protecting their own sons and daughters, these people are extremely radical!

You see, there is a double standard here. Madonna in particular has been making millions upon millions of dollars corrupting kids in America and around the world and telling parents everywhere that they need to give their kids the freedom they need, but she cannot even allow her precious daughter to watch Barney! Why? Well, here is her answer:

Sounds like I’m listening to a sermon here, and Madonna is actually the preacher! We obviously have a serious problem here. Madonna needs to get real. Larry King should have pressed her on that issue. He should have said something like this:

“Mrs. Louise Ciccone, what if all the parents in America follow your reasonable advice here? Would you have been able to cash in multiplied millions of dollars over the past thirty years or so? And aren’t you implicitly calling parents idiots and jackasses for buying your music? The joke is really on all those parents, isn’t it?”

It is the same thing with Jolie. She definitely will not allow her children to watch her movies, most specifically Wanted, Salt, Mr. and Mrs. Smith, Original Sin. Those movies are expressing disorder and implanting wicked thoughts in the minds of children and adults. And social scientists like James Q. Wilson tell us that “disorder and crime are usually inextricably linked, in a kind of developmental sequence.”[8]

The converging evidence shows that the environment plays a role in human behavior. For example, blatant or explicit display of sexuality and vandalism can lead to sexual violence and criminal activity.[9] Social scientists call this “the broken-window theory.” Ted Bundy was a victim of this “broken-window theory.”

Bundy declared that he actually took full responsibility for the crimes he committed. “That’s not the question here,” he said. “The issue is how this kind of literature [pornography in the media] contributed and helped mold and shape violent behavior.” And if Jolie believes that violent and sexually explicit scenes have a negative impact on viewers, why doesn’t she tell Hollywood producers and directors like Brian Singer and Woody Allen to stop molesting children?

Publicly, yes. Privately, Brad Pitt would say no. Pitt claims that he has a tape in her possession which would drive Jolie nuts. “A source who LISTENED to the tapes exclusively revealed…that Brad whined to Ron [Bard], ‘During sex [Angie] liked to cut herself and have all the blood drip on [him] but he wasn’t into that.’”

This is not far-fetched at all. Jolie, who admitted that she was “very sexual in kindergarten,” declared that as a teenager:

“I had started having sex with my boyfriend and the sex and the emotions didn’t feel enough. I was no longer a little girl. In a moment of wanting to feel closer to my boyfriend I grabbed a knife and cut him. He cut me back.

“We had an exchange of something and we were covered in blood, my heart was racing. Then whenever I felt trapped, I’d cut myself. I have a lot of scars. It was an age when I felt adventurous and after a few beers things happened.”[11]

Whether Jolie knew this or not, body piercing during sex is very frequent in satanic rituals.[12] And her drug trip and bisexuality pushed her off limits.[13] She admitted she had tried “just about every drug possible, including cocaine, ecstasy, LSD and my favourite, heroin.”[14]

Pitt obviously has a different picture of Jolie. He says that Jolie “would lock herself in a room for days on end, without eating, during her many unhinged breakdowns!” Pitt “said she was like two people! She would break things and say that she would harm herself. She had a very violent side… Brad would often call Ron near tears complaining about her. Angie desperately hoped Ron would take her secrets to the grave when he died in January but Radar has learned Brad kept copies [of the tapes]!”

During their last days, Jolie accused Pitt of attacking their children, but there seems to be evidence to the contrary. Audio records from the Minneapolis Air Route Traffic Control Center reveal that there was no physical abuse or fight between Pitt and the children on the plane. The evidence indicates that there could have been some verbal confrontation. We’ll let the expert sort this sort out, and hopefully more evidence will be presented.

The point here is that Jolie was out of touch with reality when she was trying to get the best of both worlds: she said she wanted to protect children, but in her own professional life she morally and spiritually killed children. In that sense, she and Aleister Crowley have something in common.

This article was first published in December of 2016.