Idiots or shills, you decide…

This is what we know to be true, we aren’t guessing.  Everyone from the alternative media, left or right, and 99 percent were phonies from day one anyway, were offered cash from a “Trump supporter”  during 2018-19.  I was offered not just cash but a cabinet office or White House advisory position.

Others, and we are saying every single one, everybody was approached no matter how small, thousands, empty promises of huge payoffs or stipends.  Money was laundered through “write for cash” sites, fake advertisers, bitcoin and even patreon.

Almost everyone went on a payroll…to downplay covid, promote conspiracies..to play “anti-vaxx, to push “unlock” and to back Trump as a “freedom fighter.”

You will note that as this process moved forward, we saw total coordination between Russian media giants, RT and Sputnik with Fox, Newsmax and OANN, same stories, same positions day after day after day.

Anyone who didn’t take the cash got FBI visits or subpoenas from the DOJ.

Where does the cash come from?  Our belief, based on more than conjecture, is the Ukraine, laundered cash from “oligarchs” who met with GOP leaders, tied to what we would like to think is a rogue operation of Russia’s security agencies.

“Friends” at the FBI say Putin is behind it and offer extensive evidence.  They say paying off bloggers and podcasters is a great way of killing the US.  I sat through long conversations over this…many many hours.  Their proof is compelling.

Here’s one classic, as with many I sit in a dozen or so email roundtables, each stupider than the last.  I am in one with Ian and Shrimpton…a volatile combination.  They fight continually.

Anyway, one of Kevin’s friends called COVID a “flu” that kills only one in a hundred thousand that get it.

COVID kills, today, 2.08 percent, two in one hundred, not one in one hundred thousand.  One year ago, the rate was 5.76 percent.  The source on this is Worldmeters, the only dependable source with no government funding. 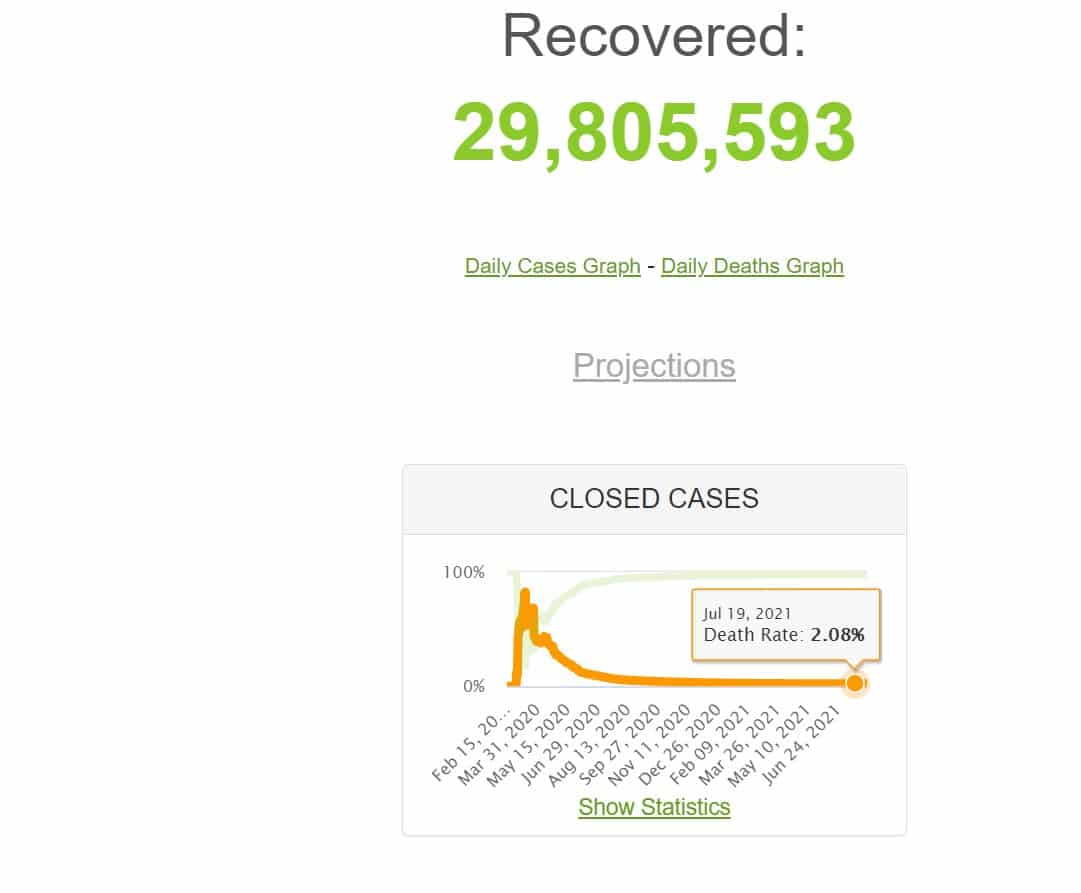 then there’s this, from Today:

Then Kevin came back in defense of the bad math by claiming vaccines don’t work and that everyone has secretly had COVID with no symptoms.

Our positive test rates are on average 12 percent today, up from 3 percent two weeks ago.  Where I live it’s 4 percent now.

Death rates are extremely low as high percentages of the most vulnerable are vaccinated, where I am 97% and no deaths and only one hospitalization.

Then I sent Kevin his local figures…. 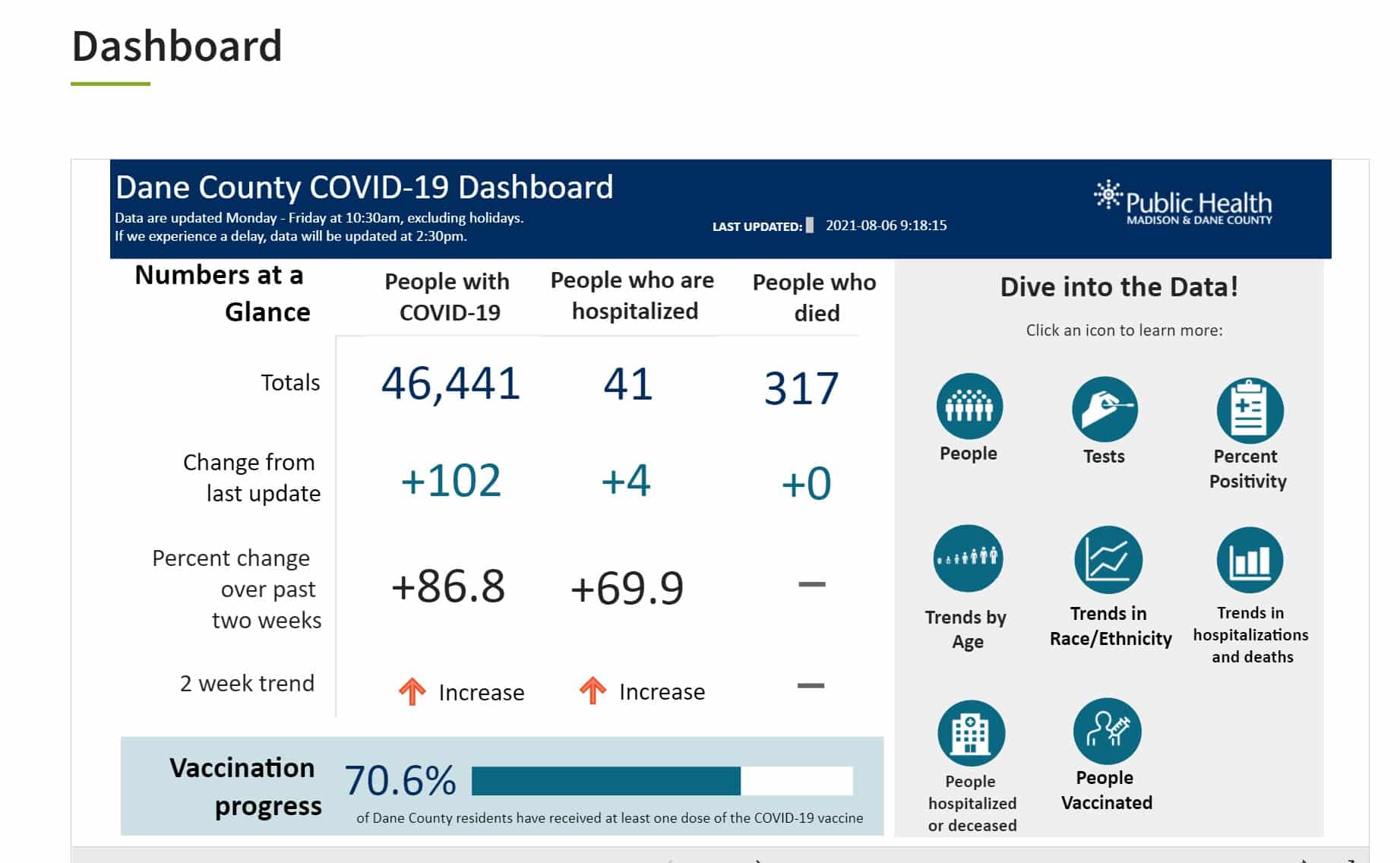 The lesson is simple, Madison Wisconsin finally hit 70 percent vax levels with a huge influx during the past week of frightened people.  We note that no one is dying, meaning the most vulnerable were vaccinated early on.

4 are hospitalized….low numbers compared to the red states….who are running very high ICU figures….which will be thousands of deaths of unvaccinated 30 and 40 year olds.  Older folks are all vaccinated…even in red states.