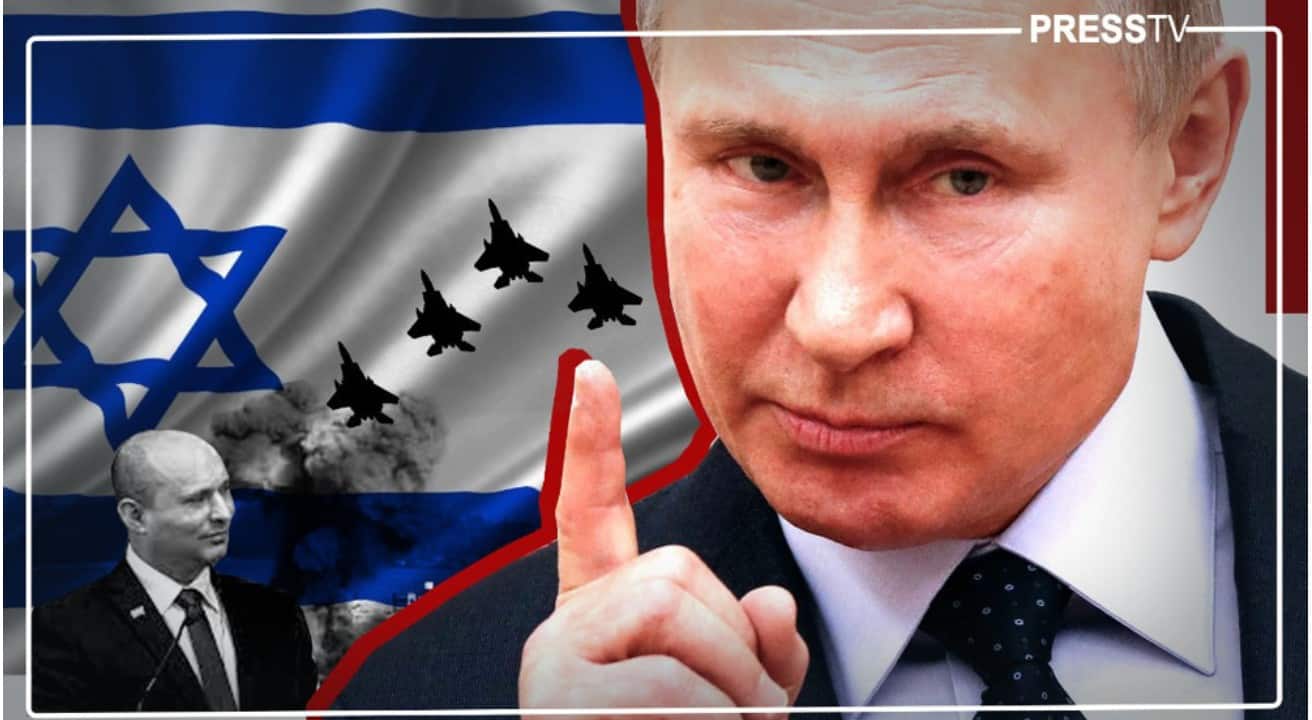 A recent article on the website of Bloomberg, ‘Putin flexes his muscles in Syria in test of Israel’s new leader’, reports that ‘after years of tolerating Israeli strikes in Syria under former prime minister Benjamin Netanyahu, Moscow is eager to do more to bolster Syrian President Bashar al-Assad with a new government in Jerusalem.’

The afore quoted revelation places a harsh light on Russia’s military intervention in the region since 2015, specifically with regard to its dependability as an ally in a conflict in Syria in which Israel has throughout been an active participant against Syrian government forces and those of its Iranian and Hezbollah allies.

Iran and Hezbollah are of course more than able and willing to defend themselves against Israeli aggression, as already proved. However the principle stands: just as a woman cannot be half-pregnant, a state cannot be half an ally in a conflict into which it has committed its own military forces.

This principle was confirmed in 2018 when Syrian anti-aircraft units accidentally shot down a Russian military aircraft as it was returning to its Syrian airbase, with the loss of 15 Russian military personnel. The Russians alleged that Israeli fighter jets had deliberately used the Russian aircraft as cover while heading inshore from the Mediterranean to carry out an airstrike. It was an allegation which, as you might expect, the Israelis summarily denied.

The point is that up to now, Putin’s stance of appeasing Israeli aggression in Syria has sown dragon’s teeth, incentivizing Netanyahu, while prime minister of Israel, to grow more aggressive rather than less. It made Moscow appear weak and, also sadly, lacking in principle.

This is not to suggest that Russia should engage in a full-blown war with Israel over its repeated airstrikes against targets in Syria – airstrikes which, just in passing, are almost certainly illegal under international law, and inarguably so when it comes to repeated attacks against targets on the Golan Heights, which is annexed Syrian sovereign territory.

It is to suggest that, hitherto, in going along to get along with Tel Aviv by acquiescing in said attacks as long as the Israelis provided their Russian counterparts with advance warning so that if Russian military aircraft or personnel were operating in the area of an intended attack, they can move out of harm’s way, they have been feeding a monster.

Such a policy being followed by the Russians up to now has only satisfied the interests of the Israelis, while failing to instill trust in its supposed allies and people across the region for whom terrorism is terrorism, whether committed by Salafi-jihadis militant groups or the apartheid Israeli regime.

So, then, what now where now?

Well, if reports that Russia is intent on recalibrating its stance on Israeli airstrikes in Syria are true, it marks a welcome development, even if long overdue. Such a step-change makes perfect sense given that three recent such airstrikes occurred close to where Russian forces were located in central and northern Syria, with the Russians going to far as to claim that they disrupted one attack with one of their renowned air defense systems.

Putin is commonly credited with being a shrewd political and geopolitical operator. In many respects, he more than any current leader of a major power encapsulates the thinking of the famed 19-century British foreign secretary, Lord Palmerston.

To wit: ‘We have no eternal allies, and we have no perpetual enemies. Our interests are eternal and perpetual, and those interests it is our duty to follow.’

The corollary to this thinking when it comes to geopolitics, of course, is that it also earns you the eternal and perpetual mistrust of those states whose foreign policy is rooted in first principles of resistance to the militarism, aggression, and brutality of an apartheid rogue state led by men who practice statecraft like gangsters.

Russia under Putin deserves credit for the role it has played in helping defeat the forces of terrorism that have done their best to turn Syria into a vast graveyard of its religious minority communities since 2011-12. Russian airmen and soldiers have given their lives in this cause, which no right-thinking person should make the mistake of failing to appreciate.

As for Israel, with its repeated airstrikes against resistance forces, it has provided those same forces of terrorism with their own air force by extension. Consequently, it has written yet another page in the vast book of dishonor and ignominy it has compiled since coming into being on the back of a program of mass ethnic cleansing in 1948.

It is to be hoped going forward that President Putin’s stance towards Israel will be one of ‘No more Mr Nice Guy.’ The Russian leader previously went out of his way to court the goodwill of former Israeli PM Benjamin Netanyahu. It got him nowhere and only managed to make him look weak and opportunistic. In this regard, we can only be honest.

When it comes to the current Prime Minister of Israel, Naftali Bennett, it seems Putin has finally woken up to the fact that, per one Winston Churchill: “An appeaser is one who feeds a crocodile, hoping it will eat him last.”

John Wight is an author and political commentator based in Scotland.