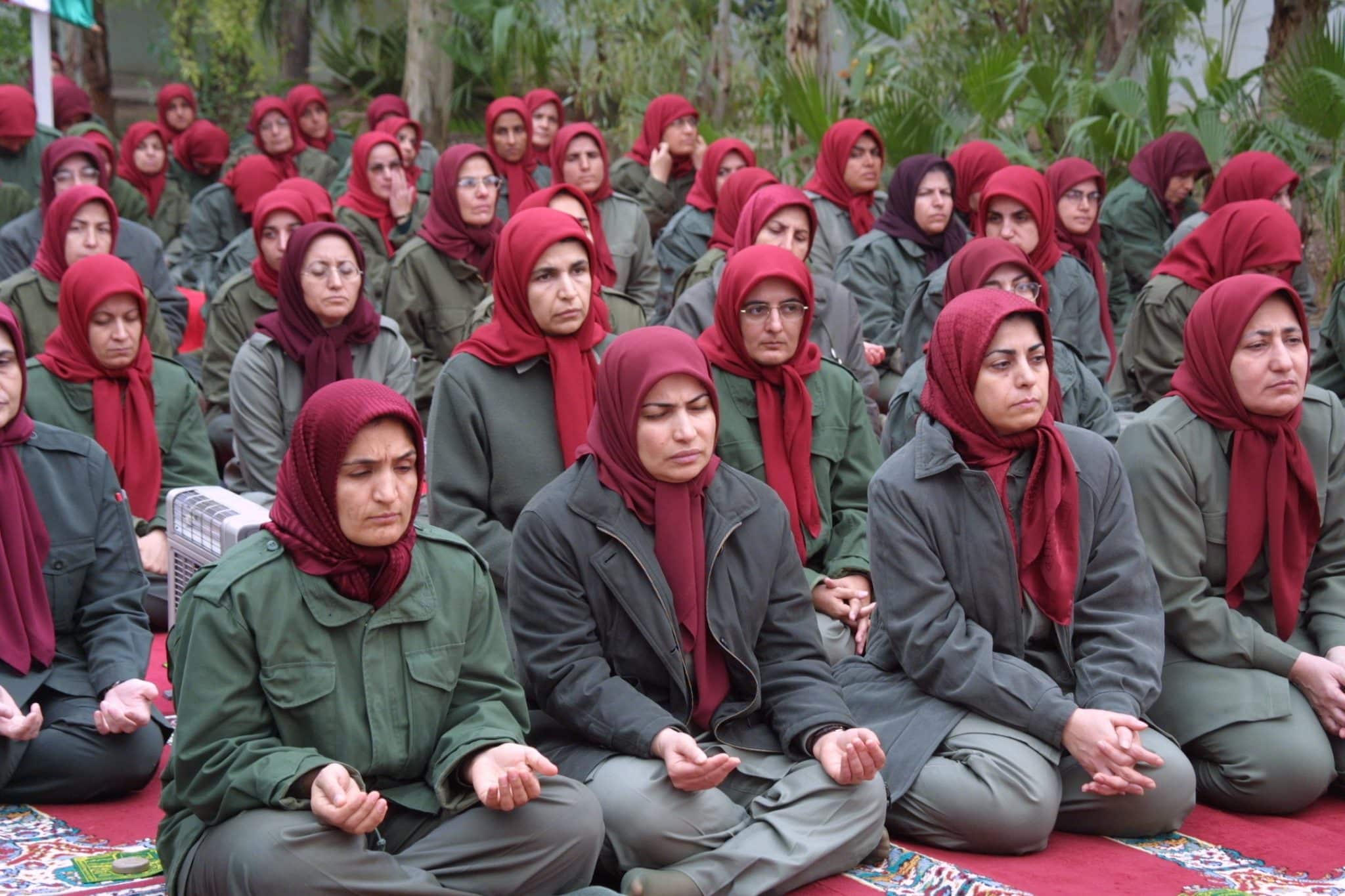 …by Philip Giraldi
–
[ Editor’s Note: The US political class love affair with the MEK is a national scandal, but not for what would seem obvious to the layman. The money laundering of payoffs to high US officials via these speaking engagements at MEK is a disgrace.
–
It does not take a rocket scientist to see that these people get their money, as does those coming behind them, payoffs from the Saudis actually. And even worse, becaue this is done right out in the open, with no one in law enforcement, the DoJ, Congress, academia, JAG, nobody says a peep.
–
It is a way of humiliating the public, putting them on sheep display, holding them in contempt by showing they can do this year after like this was the Golden Globe awards of farting in the public face.
–
And this by the way is not the only humiliation the public has to endure from its ‘public servants’. The gall of Trump and crew, to do what they did was not something that emerged out of the ether. It grew out of an incubator of grift.
–
It is so bad I would not even used the term ‘public servant’.  We need to come up with something hokey like….hmmm…potential, possible, or alleged public servants.
–
Who thinks Trump was a public servant, or Rudy Giulinani, or Mark Meadows who we know now hooked Trump up with Jeffery Clark as the ‘man on the make’ at Justice willing to conspire to overthrow a hard fought for Biden victory in return for becoming Attorney General.
–
No country that would have something like this going on at the top of its democratic structure could lay claim to calling itself a great country. The American tree of democracy has a serious blight that needs to be cut out.
–
It is our job now to roll up our sleeves, and get on with the unpleasant work. Maybe we need to repurpose Guantanamo. Thus ends my cheery missive for today… Jim W. Dean ]
–
First published … August 07, 2021

MEK is a curious hybrid creature that pretends to be an alternative government option for Iran even though it is despised by nearly all Iranians.

One might ask if Washington’s obsession with terrorism includes supporting radical armed groups as long as they are politically useful in attacking countries that the US regards as enemies?

It is widely known that the American CIA worked with Saudi Arabia to create al-Qaeda to attack the Russians in Afghanistan and the same my-enemy’s-enemy thinking appears to drive the current relationships with radical groups in Syria.

Given the fact that Iran continues to be the Biden Administration’s enemy du jour, it is perhaps not surprising to observe that the US also supports terror groups that are capable of attacking targets in the Islamic Republic.

To that end, recently a number of former senior government officials and politicians were involved in cultivating their relationships with the Iranian terrorist group Mojahedin e Khalq (MEK), which held its most recent annual international summit in Paris for three days starting on July 10th.

The event was online due to French COVID prevention guidelines and the featured speaker was Michele Flournoy, former US undersecretary of defense for policy under President Barack Obama.

Flournoy was once considered a front runner to be President Joe Biden’s defense secretary and she currently heads a consulting firm WestExec Advisors that she co-founded with current Secretary of State Anthony Blinken which has had considerable influence over staffing and other issues in the White House.

In her talk, she accused Iran of posing a danger to the security of the Middle East, the United States, and to its own people, elaborating how “Since 1979, every US administration has had to deal with the threat posed by Iran’s revolutionary regime and the Biden administration is no different. Iran is one of the most urgent foreign policy issues on the president’s desk.” She called for an “internal regime change” in the Islamic Republic.

Also participating were Republican Senator Rick Scott of Florida and both Texas Senators John Cornyn and Ted Cruz. Former Democratic National Committee Chairwoman Donna Brazile also spoke as did former Secretary of State Mike Pompeo, who said that the MEK should be “blessed and protected.”

The summit self-described as “the largest-ever online international event dedicated to liberating Iran” with the objective of “inciting uprisings against the government in the Islamic Republic.”

Though it would be charitable to suggest that the congressmen and former officials were largely involved to pick up the generous fees paid to speakers, it must also be noted that knowledge of MEK and its history is readily available on the internet and elsewhere.

Flournoy in particular should have known better but even she, after the fact, claimed implausibly that she did not know that she was speaking to a former terrorist group that had killed Americans.

It should also be observed that the participating Congressmen all have extremely close ties to Israel and its domestic lobby, which have been assiduous in their efforts to vilify Iran as America’s designated enemy. To be sure, no one at the summit even mentioned Israel’s use of MEK operatives to carry out assassinations of scientists and sabotage operations inside Iran.

MEK is a curious hybrid creature in any event in that it pretends to be an alternative government option for Iran even though it is despised by nearly all Iranians. It is considered to be both irrelevant and ineffective but Iran hatred is so prevalent that it is greatly loved by the Washington Establishment which would like to see the Mullahs deposed and replaced by something more amenable to US and Israeli worldviews.

MEK is run like a cult by its leader Maryam Rajavi, with a number of rules that restrict and control the behavior of its members. One commentary likens membership in MEK to a modern-day equivalent of slavery.

A study prepared by the Rand corporation for the U.S. government conducted interviews of MEK members and concluded that there were present “many of the typical characteristics of a cult, such as authoritarian control, confiscation of assets, sexual control (including mandatory divorce and celibacy), emotional isolation, forced labor, sleep deprivation, physical abuse and limited exit options.”

The group currently operates out of a secretive, heavily guarded 84 acre compound in Albania that is covertly supported by the United States intelligence community, as well as through a “political wing” front office in Paris, where it refers to itself as the National Council of Resistance of Iran (NCRI).

MEK is financially supported by Saudi Arabia, which enables it to stage events in the United States and in Europe where it generously pays politicians to make fifteen-minute speeches praising the organization and everything it does.

It’s bribing of inside the Beltway power brokers and its support by Israel proved so successful that it was removed from the State Department terrorist list in 2012 by Hillary Clinton even though it had killed Americans in the 1970s.

As indicated above, MEK made the transition from terrorist group to “champions of Iranian democracy” by virtue of intensive lobbying of Iran haters. A Guardian article also describes how “A stupendously long list of American politicians from both parties were paid hefty fees to speak at events in favor of the MEK, including Rudy Giuliani, Joe Lieberman, John McCain, Newt Gingrich, Elaine Chao and former Democratic party chairs Edward Rendell and Howard Dean – along with multiple former heads of the FBI and CIA.

John Bolton, who has made multiple appearances at events supporting the MEK, is estimated to have received upwards of $180,000. According to financial disclosure forms, Bolton was paid $40,000 for a single appearance at the Free Iran rally in Paris in 2017.”

It apparently has never occurred to the congressmen and senior officials that the MEK group had a whole lot of history before it appeared on the scene in Washington and began buying American politicians.

MEK, which consisted of a group of dissident students having Marxism inspired anti-capitalist and anti-colonialist roots, had a bloody falling out with the Iranian revolution leaders in 1979, forcing it to resettle at Camp Ashraf, near Baghdad.

It was protected by Saddam Hussein and used to carry out terrorist attacks inside Iran. It was also fiercely anti-American beginning back in the 1970s when it was still in Iran, to include attacks on US businesses and denunciations of the United States presence in Iran under the Shah.

In 1979 it supported executing the US Embassy hostages rather than negotiating their release. One of its songs went “Death to America by blood and bonfire on the lips of every Muslim is the cry of the Iranian people. May America be annihilated.”

Within the US government, MEK was notorious for its assassination of at least six US Air Force officers and civilian defense contractors. One particularly audacious ambush in which two air force officers were murdered by MEK while being driven in from the airport was reenacted for each incoming class at the Central Intelligence Agency training center in the late 1970s to illustrate just how a perfectly executed terrorist attack on a moving vehicle might take place.

Given how currently nearly every news cycle includes stories about fake news on social media, it is surprising that MEK is never mentioned. Its current Albanian operational center uses banks of computers manned by followers, some of whom are fluent in English, who serve as bots unleashing scores of comments supporting regime change in Iran while also directing waves of criticism against any pro-Iranian pieces that appear elsewhere on social media, to include Facebook and Twitter.

By one account, more than a thousand MEK supporters manage thousands of accounts on social media simultaneously. The objective of all the chatter is to convince the mostly English-speaking audience that there is a large body of Iranians who are hostile to the regime and supportive of MEK as a replacement.

It is an indisputable fact that over the past ten years, members of both major parties in Congress have either traveled to the group’s compound in Albania or spoken via video messages or live appearances in exchange for hefty speaking fees.

The support provided by prominent officeholders and policymakers to include effusive praise of a terrorist group that is viscerally anti-American and has killed US officials is a disgrace. It is also a symptom of deeper problems in terms of how our foreign policy has been developed through the ascendancy of special interests.

That America’s Iran policy should lead to praise of a radicalized extremist cult that is funded by authoritarian Saudi Arabia and politically supported by apartheid Israel ignores US actual interests at our peril.