…from the Washington Post, and the New York Times

[ Editor’s Note: Andy came up with a creative smokescreen, that he had missed how times had changed, as if doing things to female staff was once OK, but had turned into ‘not ok’…and his mistake was in not realizing that.

It was a pitiful dodge. When he was grabbing someone’s ass, or squeezing a boob, I do not remember a time when that was deemed appropriate, other than in a strip club after you had tucked a $50 bill into a dancer’s stocking.

But he did the right thing for his victims who now do not have to testify. That said, his resignation might not end the criminal complaint that was filed this week. Maybe the lady can rescind it. We shall know soon, or we will see a shift toward civil damages being sought as compensation for their harassment.

Some good may come out of this, as Cuomo ruining his career may signal the end of an era where copping a feel at the office was considered a kind of quickie bonus for a hard working boss.

Thank you Mr. Ex. Governor, as you will no longer be a media distraction when we have serious problems on our plate that require the full attention of our public servants. With that we bid you adieu… Jim W. Dean ] 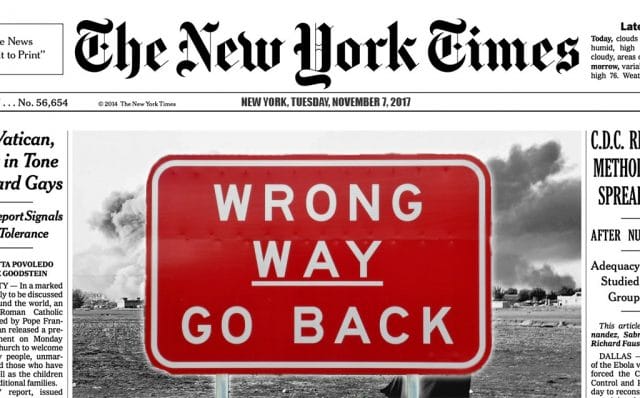 New York Gov. Andrew M. Cuomo (D) announced his resignation Tuesday in an effort to head off a looming impeachment effort in the state Assembly after a state investigation found he sexually harassed 11 women and oversaw an unlawful attempt to exact retribution against one of his accusers.

“Wasting energy on distractions is the last thing that state government should be doing,” Cuomo said in a video address. “And I cannot be the cause of that.”

“Given the circumstances, the best way I can help now is to step aside and let government get back to governing,” he added.

He said his resignation will be effective in 14 days. Cuomo will be replaced by Lt. Gov. Kathy Hochul (D), who will be New York’s first female governor and will serve out the rest of the term through the next election in November 2022.

“In my mind, I’ve never crossed the line with anyone, but I didn’t realize the extent to which the line has been redrawn,” Cuomo said. “There are generational and cultural shifts that I just didn’t fully appreciate, and I should have no excuses.”

New York Times: “In my mind, I have never crossed the line with anyone,” Mr. Cuomo said. “But I didn’t realize the extent to which the line has been redrawn.”

At one point, he addressed his daughters directly to let them know that “I never did and I never would intentionally disrespect a woman or treat any woman differently than I would want them treated.”

“Your dad made mistakes,” he said. “And he apologized. And he learned from it. And that’s what life is all about.”

…The last such allegation came later that month when an unidentified executive assistant said that Mr. Cuomo groped her at the Executive Mansion, where he lives, late last year. The woman, Brittany Commisso, publicly identified herself soon after the report’s release.

…The weight of the report’s findings, combined with other accounts of how Mr. Cuomo’s executive office had been a difficult workplace for women, caused all but the staunchest of his defenders to abandon him, leaving the governor isolated and ultimately in an untenable, unwinnable struggle to maintain power.