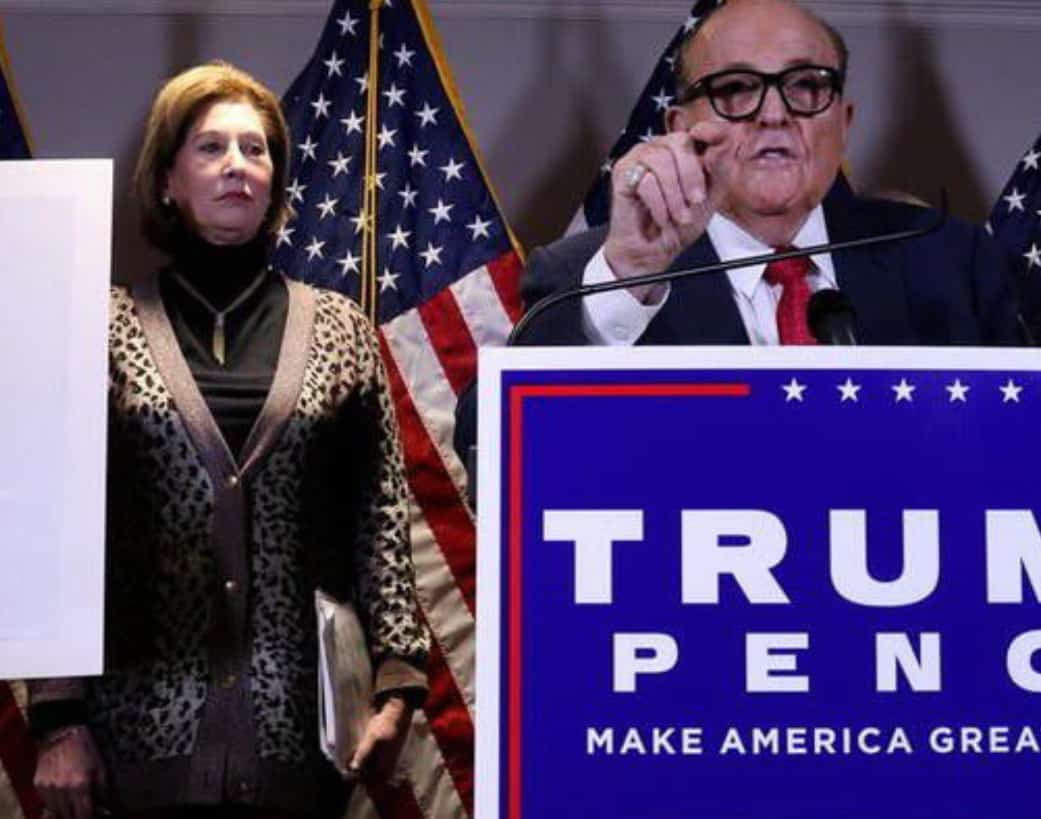 moments after a federal judge ruled that dominion's lawsuits against mike lindell, sidney powell, giuliani, and others can proceed, lindell himself hustles off stage pic.twitter.com/rNbK4iyFyJ

A federal judge has rejected ex-Trump lawyer Sidney Powell's argument that "no reasonable person" would believe her election-fraud claims were statements of fact.

Dominion's suits against her, Giuliani and MyPillow will go forward. https://t.co/uSd5kHXqLs pic.twitter.com/3dE5a65nFQ

U.S. District Judge Carl Nichols in Washington D.C. said in a written decision that lawsuits brought against the trio by Dominion Voting Systems should move forward. The company had said it was defamed because Trump and his supporters spread false claims that it rigged the election against him.

Nichols held that the First Amendment, which protects the right to free speech, offers “no blanket immunity” to Powell and Lindell in the lawsuits. Powell is a lawyer who later left the Trump campaign. Lindell is a conspiracy theorist who founded a pillow and bedding company.

The judge also rejected an argument by Giuliani, a former U.S. prosecutor and mayor of New York, that Dominion had not explained its request for money damages with enough specificity.

A Dominion spokesperson said: “We are pleased to see this process moving forward to hold (the defendants) accountable.”

Howard Kleinhendler, a lawyer for Powell, said they were disappointed with the decision. “However, we now look forward to litigating this case on its merits and proving that Ms. Powell’s statements were accurate and certainly not published with malice.”

Lawyers for Giuliani and Lindell did not immediately respond to requests for comment.

Dominion has sought $1.3 billion in damages from the three, who supported Trump’s false claims that President Joe Biden could not have won the election in which the company’s voting machines were used.  Read more..