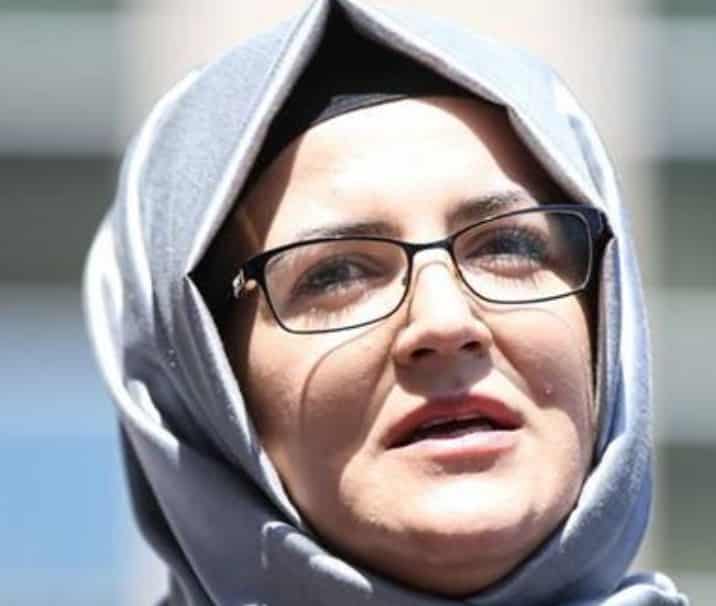 Every year, on August 11, Pakistan officially observes the National Minorities Day to honour the services and sacrifices, rendered by religious minorities for the country over the years. This very day also recognizes the contribution and sacrifices of minorities in creation of Pakistan and nation-building.

On this occasion, events, seminars and social gatherings are arranged across the country by members of various religious minorities and the ministry of National Harmony.

The Government of Pakistan declared 11th of August as National Minority Day in 2009. It has always been the Government’s endeavour to safeguard fundamental rights, safety, security, honour, life, liberty and prosperity of minorities in line with the historic speech of founder of the nation Quaid-e-Azam Mohammad Ali Jinnah at the Constituent Assembly on August 11, 1947. In his speech, Quaid-e-Azam said, “You are free; you are free to go to your temples, you are free to go to your mosques or to any other place of worship in this state of Pakistan. You may belong to any religion or caste or creed that has nothing to do with the business of the state.”

It is mentionable that in accordance with the Quaid-e-Azam’s vision, the Constitution of 1973 protects the real rights and interest of minorities, living in Pakistan.

In 2014, Shahid Mairaj, the Dean of the Cathedral stated in his message, on August 11, “The governing principle is to let people of every faith live in peace as they choose, and understand that the state belongs to everyone. This country is our mother, and it is a duty for all of us to help it to advance and flourish.”

In this regard, the then Member Punjab Assembly and minorities’ leader Najmi Saleem remarked, “Minorities in Pakistan have exactly the same rights and responsibilities as other citizens”.

The then Minister Incharge for National Harmony Dr. Paul Bhatti said, “The Minorities Day provides us an opportunity to renew the pledge for the promotion of tolerance and interfaith harmony as in a pluralistic society, there can always be a divergence of opinion on a number of issues, but these differences can be solved through interfaith harmony which means a cooperative and positive interaction between people of different religions, traditions, faiths, and spiritual or humanistic beliefs, at all levels.”

He acknowledged by pointing out, “Many steps have been taken by the Government for the protection and promotion of minorities like the reservation of 5 percent quota in Government jobs/services, enhancement representation in the parliament, declaration of August 11 as the Minorities Day, including observance of optional holidays and celebration of the festivals of minorities at official level”.

A Sikh leader, Sardar Bishan Singh shared similar thoughts and indicated that all citizens of Pakistan worked together for the growth of the country.

Last year, leaders of various religious minorities also expressed their positive thoughts in their messages in relation to the National Minorities Day.

It is notable that the Ministry of National Harmony was formed after the devolution of Ministry of Minority Affairs to acknowledge the sacrifices and services of minorities to promote peace, patience and tolerance for creating an understanding and brotherhood among the people of different schools of thought.

However, since the formation of Pakistan, minorities are contributing in every sphere of life and their political involvement is also worth appreciating. Therefore, the day is dedicated to the minorities who played their constructive role in Pakistan. 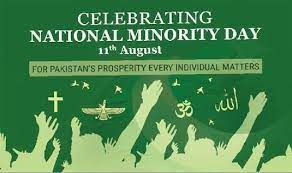 But, it is regrettable that in the recent years, with the support of anti-Pakistan groups like Baluchistan Liberation Army (BLA), Jundullah and Tehreek-e-Taliban Pakistan (TTP), the Islamic State group (Also known as Daesh, ISIS, ISIL) including their affiliated outfits, Indian secret agency RAW which has well-established its network in Afghanistan arranged a number of terror-attacks on Ahmadis, Christians and Sikhs in order to distort the image of Pakistan abroad.

While, India which claims an arch secular state has surprised the world because of continued attacks on other minority groups, especially Christians, Muslims and Sikhs—and events of forced conversion of Christians and Muslims into Hindus.

Unlike India, where religious minorities are being targeted by the Hindu fundamentalist outfits like the ruling party BJP, RSS, Shiv Sena etc., all the minorities such as Christians, Ahmadis, Hindus, Sikhs, Parsis and Budahists enjoy fundamental rights in Pakistan, including all other rights of citizenry in Pakistan.

If any tragic incident of assault on any minority group takes place in Pakistan, stern legal action is taken against the culprits. For instance, the Supreme Court of Pakistan has taken strict notice of the recent attack by the mob on a Hindu temple in Bhong town of Punjab’s Rahim Yar Khan district and ordered immediate arrests of the culprits as well as temple’s restoration. In response, Police arrested almost 50 suspects for their alleged involvement in the attack.

Prime Minister Imran Khan who has strongly condemned the attack and stated that his government would restore the temple in Bhong—also urged Punjab police to arrest all the culprits, involved in the tragic incident and to take action against any police negligence.

Nevertheless, Pakistan which came into existence on the basis of Islamic principles to provide respect and protection to all the segments of society is giving full safety to all the minorities as mentioned in the Constitution. Besides other minority groups, particularly Christians are not only serving in the armed forces, but are also working in other departments. Without any discrimination by the Muslims, they also run their own business and are working in private sectors.

There have been numerous non-Muslims who have risen to the rank of Brigadier; and in the 1990, the first Christian promoted to the Rank of Major General was Julian Peter who commanded the 14th Div in Okara Cantt. Capt. Hercharn Singh, the first Sikh as Commissioned Officer in Pakistan Army.

Nonetheless, the National Minorities Day not only expresses gratitude for the contributions, made by these religious communities, but also professes that future development of Pakistan hinges crucially on their efforts.