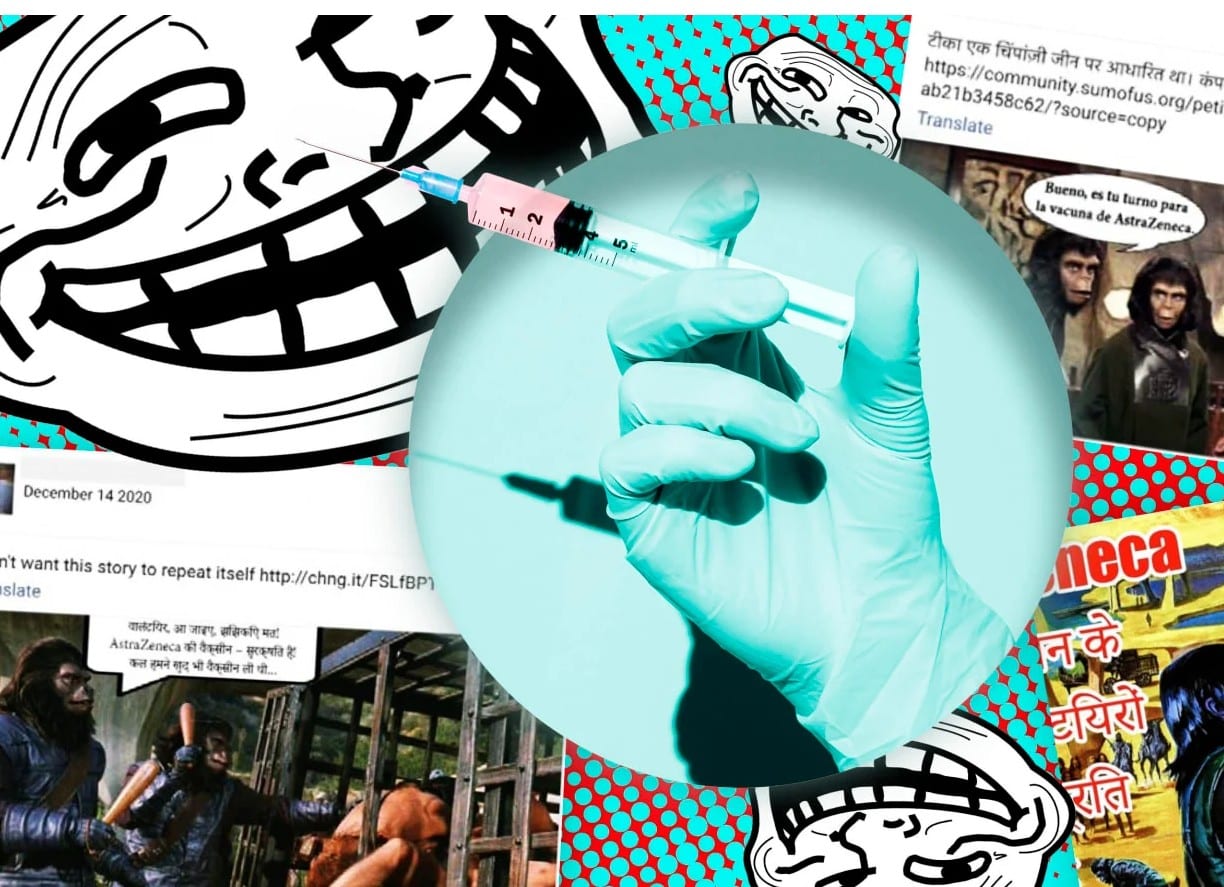 Russian paid anti-vaccine trolls have been using Planet of the Apes memes in a vain attempt to convince vaccine skeptics that the AstraZeneca vaccine will turn them into chimpanzees.

That’s the conclusion of a new report from Facebook, which found that a Russian marketing agency subsidiary, Fazze, operated dozens of fake Facebook and Instagram accounts as part of a disinformation campaign targeting Western-made vaccines. The report builds off previous reporting on the same network by The Daily Beast.

Fazze timed its disinformation campaigns to coincide with periods when regulatory authorities in various countries were considering expedited approval for Western vaccines, according to Facebook.

The first wave of the company’s disinformation campaign began in late 2020 and targeted the AstraZeneca vaccine and its use in India. Fazze troll accounts harvested from account farms in Bangladesh and Pakistan pivoted off the fact that the AstraZeneca vaccine uses a harmless virus found in chimpanzees to claim that the jab would turn recipients into chimps themselves. The trolls took screenshots from the 1960s sci-fi classic Planet of the Apes showing ape guards manhandling Charlton Heston, captioned with “AstraZeneca’s vaccine is safe! Yesterday we took the vaccine ourselves.”

As part of their campaign, trolls linked out to Change.org petitions which tried to anchor the wild claims about chimpanzee transformation to out-of-context quotes from AstraZeneca company officials reported in legitimate news outlets.  read more..