Daily Beast: The owner of a Southern California surf school told investigators he stabbed his young children to death with a spearfishing gun because he believed the kids—aged 1 and 3—were “going to grow into monsters,” according to a criminal complaint filed Wednesday in Los Angeles federal court.

Matthew Taylor Coleman drove to Mexico with his 1- and 3-year-old kids to murder them, the FBI says.

He told the FBI he was "enlightened by QAnon."

He said his wife passed "serpent DNA onto his children" and he was "saving the world from monsters." 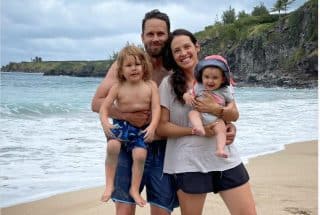 Matthew Taylor Coleman, 40, was detained Tuesday when he attempted to re-enter the United States one day after the bodies of his children were found at a ranch near Rosarito in Baja California. He had taken them over the border to Mexico without telling his wife where he was going.

In an interview with FBI agents, Coleman “explained that he was enlightened by the QAnon and Illuminati conspiracy theories and was receiving visions and signs revealing that his wife…possessed serpent DNA and had passed it onto his children,” the complaint states. “Coleman said that he was saving the world from monsters.”

California surf school owner Matthew Taylor Coleman killed his 2 young children in Mexico because he was influenced by QAnon and Illuminati conspiracy theories to believe his wife had infected them with "serpent DNA" and they were monsters, the FBI says: https://t.co/WfBkv5pkbh pic.twitter.com/TPPY3YlnpF

Agents then asked Coleman if he knew what he did was wrong. Coleman “stated that he knew it was wrong, but it was the only course of action that would save the world,” according to the complaint.

When Coleman was booked into the Santa Ana County Jail on Tuesday, an officer asked Coleman why he had a band-aid on his hand. He had cut himself while “hurting his children,” Coleman allegedly answered. Coleman’s wife never suspected her children were in any danger, according to the complaint.  Read more…